Fall Guys 4041 will take us to a retro-future of obstacle courses and tumbling fun. 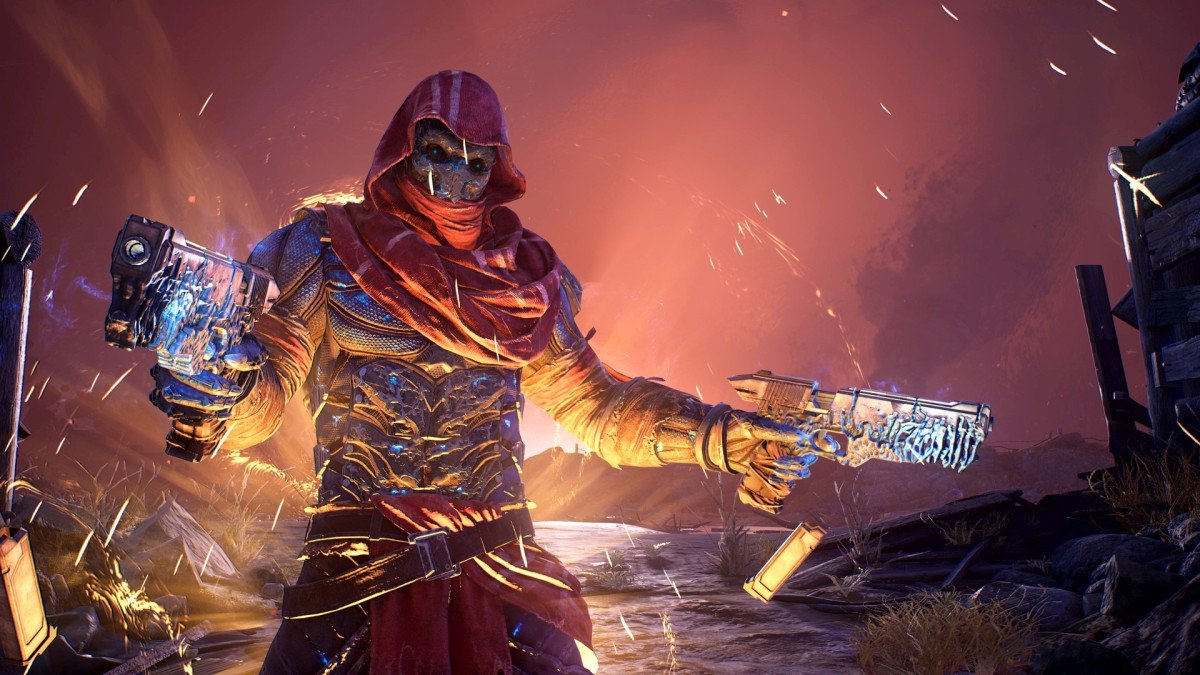 The Fortnite Season 6 map adds a dash of color through the middle as Primal takes over with prehistoric zones.

That means anyone subscribed to Xbox Game Pass for console or Xbox Game Pass Ultimate will be able to download Outriders on their Xbox One or Xbox Series X/S immediately upon the game’s release on April 1. And yes, Microsoft did have to assure everyone that this wasn’t an April Fool’s joke. The deal only applies to console and Android players, which unfortunately means PC Xbox Game Pass subscribers will still need to fork out the cash if they want to play.

The game’s inclusion is another big catch for the gaming giant, which only recently revealed a swathe of Bethesda titles to be added to the service following the completed purchase of parent company ZeniMax. With Outriders being published by Square Enix and also coming to PS4/PS5 and PC, being able to offer the game at no extra charge on their platform is a big win that could easily sway anyone already subscribed.

Outriders is set on the planet Enoch. After ruining Earth, humanity hopes to establish a new life on the world and start afresh. As you might expect, things very quickly go awry. After being contaminated by strange alien effect, injured, and trapped in Cryostasis for 30 years, the player awakens to find th planet locked in war. Crippled by a world-travelling storm called the Anomaly, humanity has devolved into two major factions vying for control of what resources they have. Thankfully, the protagonist has been transformed into an Altered, capable of unleashing powerful effects to swing the tide of battle. Intended to be played solo or in co-op with up to two others, each class of Altered features unique powers that encourage aggressive gunplay.

If you’re interested enough to give the game a go ahead of its launch and arrival on Xbox Game Pass, you can download the Outriders demo on PS4, Xbox One, PS5, Xbox Series X/S, and PC right now. Any progress you make can be carried over to the full game when it releases next month.