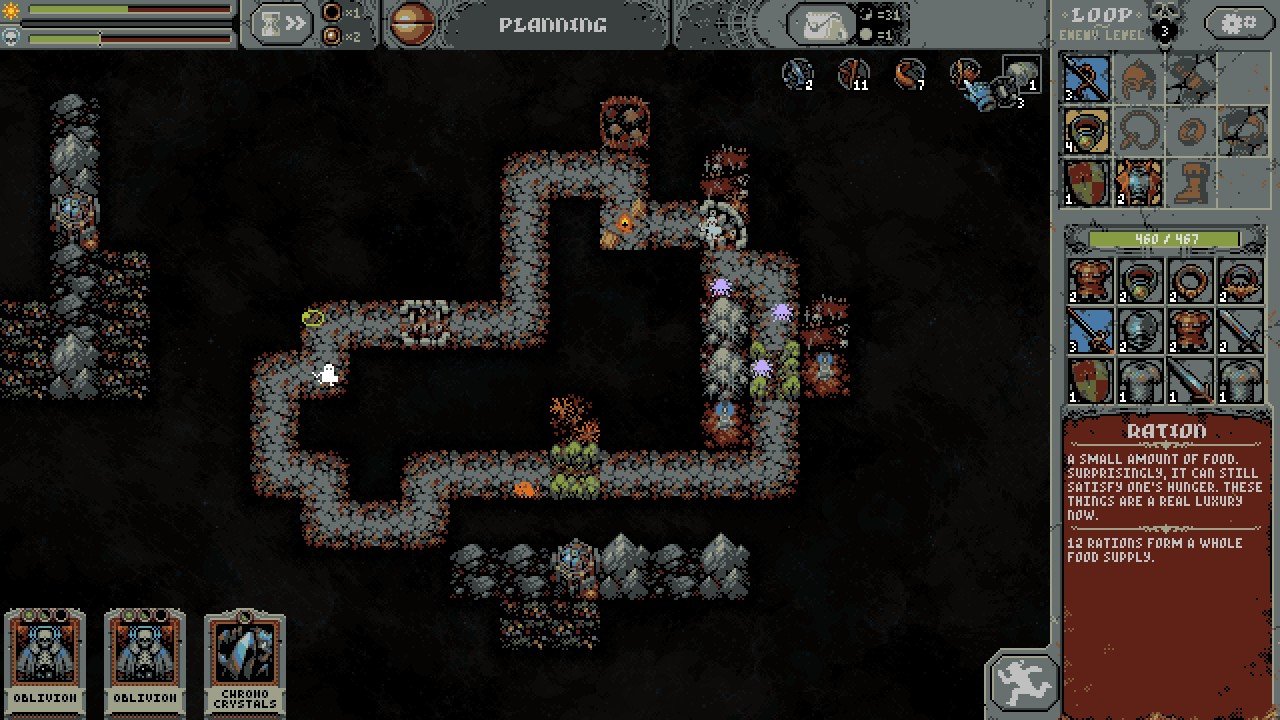 How to get all resources in Loop Hero

Humble Bundle raised more than $30m for charity in 2020

Something to be proud of.

To upgrade and expand your camp you’ll need to collect a lot of resources in Loop Hero. Fortunately, doing so is as easy as walking through or placing the correct titles during an expedition. Knowing which tile rewards what resource can be tricky, however. We’ve compiled a list for how to get all resources in Loop Hero below so that you can easily farm the resource you need most.

How to get all resources in Loop Hero

At the time of writing there are over 20 resources in Loop Hero. We’ve cut the list down by only including the Stable/Preserved versions of certain types. These are earned by collecting base resources, a certain number of which will convert into the Stable version. We’ve listed them all in alphabetical order below, so scroll down to the item you’re looking for. It’s worth noting that there are some spoilery details regarding bosses included in descriptions, so be careful not to read things you don’t understand if you care about those secrets!

How to get Astral Orbs

Astral Orbs are dropped by enemies of the Cosmic and Mage types (along with bosses). You can check the type of an enemy mid-battle by moving the cursor over them. Dark Slimes are a great choice for this, and can be summoned by destroying a Goblin Camp with an Oblivion card while a goblin is still sat on the camp. Pause right as the monsters spawn at daybreak to achieve this.

How to get Book of Memories (Memory Fragments)

Collecting 10 Memory Fragments will automatically convert them into a Book of Memories. Memory Fragments are gained by placing Cemeteries or by overflowing your hand. That means holding a full hand, forcing you to discard the oldest when you draw a new one. You can also get Memory Fragments by walking through Cemetaries after building one in your camp.

How to get Food Supplies (Rations)

Collecting 12 Rations will automatically convert them into a Food Supply. Rations can be farmed by placing Meadows (Blooming Meadows generate Rations plus Noticeable Change), from killing monsters and from the Farm’s surrounding tiles in your camp.

How to get Metamorphosis (Noticeable Changes)

How to get the Orb of Afterlife (Pitiful Remains)

Collecting 10 Pitiful Remains will automatically convert them into an Orb of Afterlife. Pitiful Remains are dropped by Vampire and Undead enemies once you’ve beaten the Chapter One boss, the Lich.

How to get the Orb of Crafts

You can get the Orb of Crafts by defeating Artificial and Object enemies. That includes the basic chests spawned by Battle Fields, so be sure to place plenty of them.

How to get the Orb of Evolution

Kill Living or Plant type enemies for a chance to get an Orb of Evolution. The earliest of these you’ll likely encounter will be Bandits and Goblins, spawned through multiple Villages and placing Rocks/Mountains, respectively.

How to get the Orb of Expansion

How to get the Orb of Immortality

The Orb of Immortality is gained by killing the Chapter end bosses such as the Lich. To farm this one you’ll need to create efficient paths to kill bosses using tools like the Maze of Memories.

How to get the Orb of Unity

You can get the Orb of Unity by killing Liquid and Swarm type enemies. Slimes are a very common Liquid type you’ll be killing from the start of the game.

How to get Preserved Rock (Preserved Pebbles)

Collecting 10 Preserved Pebbles will automatically convert them into a Preserved Rock. You can get Preserved Pebbles by placing Rock and Mountain tiles, and by converting them to Mountain Peaks by forming a 3x3 grid. Using Oblivion tiles on a Mountain Peak will allow you to place another Mountain or Rock in the opened space for a second dose of resources.

How to get Stable Metal (Scrap Metal)

Collecting 13 Scrap Metal will automatically convert them into Stable Metal. You can get Scrap Metal by overfilling your inventory such that items are discarded due to a lack of space.

How to get Stable Wood (Stable Branches)

Collecting 12 Stable Branches will automatically convert them into Stable Wood. You can get Stable Branches by passing through Grove Tiles, one of the starting options in Loop Hero.

That’s how to get all resources in Loop Hero. With the right material farming strategies, you’ll be able to unlock and upgrade buildings earlier, boosting your runs and making it easier to take down the game’s core bosses. Stop by our Loop Hero hub page on your expeditions to find more useful tips and tricks.