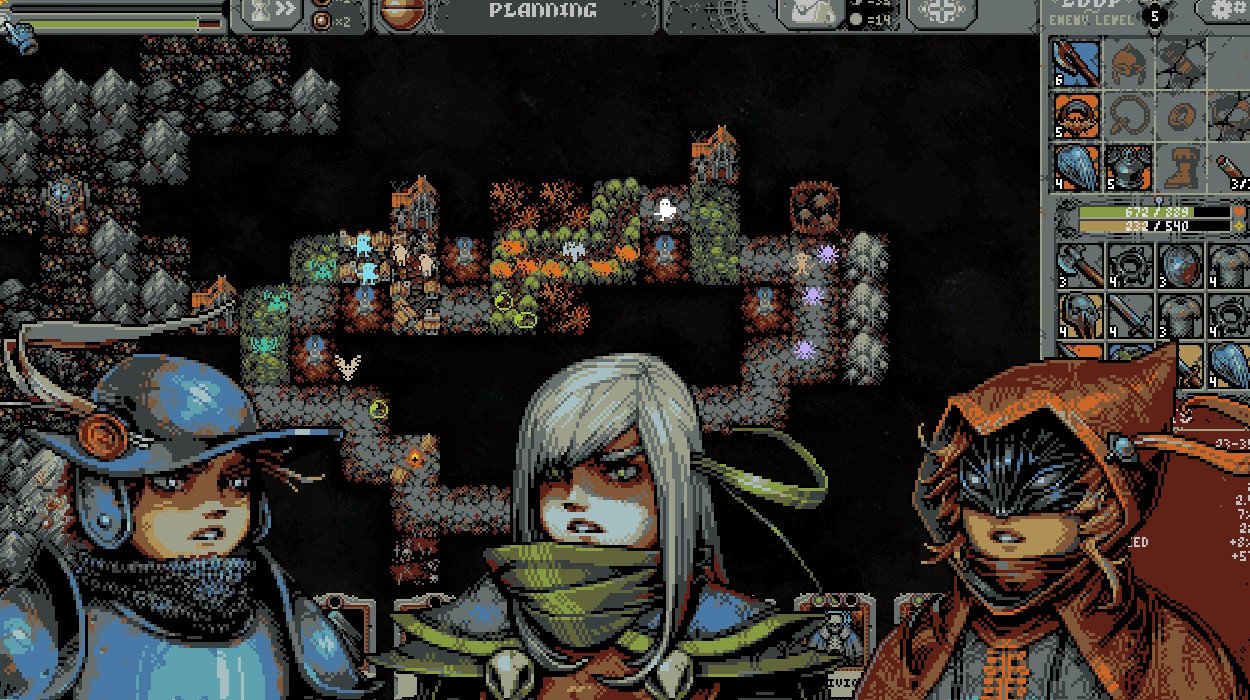 While you’ll only start out with access to one, there are three classes in Loop Hero you can unlock to explore the remembered world as. Each one benefits from a different approach to layouts due to their varying abilities and stats. We’ll break down the class stats and details for each of the three Loop Hero classes below, and provide a few basic tips for each.

The three classes in Loop Hero are Warrior, Rogue, and Necromancer. Here’s everything you need to know about each of them.

The starting class in Loop Hero is the Warrior. This class gains 2% damage for every second that it’s in a fight, meaning you should focus on defence and vampirism powers to truly excel.

These are the stats the Warrior class can alter during expeditions:

As noted above, the Warrior grows more powerful the longer fights go on, making them a monster if you’ve got the survivability. To that end, take loot that’ll boost your Defense, HP, Regen, and Vampirism to keep you alive long enough to charge those stronger strikes.

Unlocked via: Building the Refuge

The Rogue uses a unique Trophy system that rewards loot whenever you reach the campfire. Each enemy slain grants one trophy. When you return to the campfire, you’ll gain better loot for the number of Trophies you’re holding. In addition, the Rogue gains a base 5% Vampirism and gets a boost when all the items you wear have the same effect as one another.

And here are the Rogue stats:

The Rogue’s dual wielding and critical ratings make them deadly, but they’re a touch weaker than the Warrior. Higher attack speed is key with the Rogue class, as it’ll give you more opportunities for each crit. To that end, Forests and Thickets are a great card to take. Because the Rogue uses Trophies rather than traditional loot rewards, they benefit exceptionally well from Outposts, which provide supporting fighters at the cost of losing the better loot. Given you don’t care about the loot, they’re just free help.

Unlocked via: Building the Crypt

The most complex yet entertaining class in Loop Hero. The Necromancer’s standard attacks summon skeleton minions which fight your foes for you. Features fewer opportunities to gain health than other classes, but who needs it when you’ve got skeleton minions to take the blows?

Because the Necromancer fights by summoning, their attack speed is their most powerful defensive tool. Keep this high and you’ll be able to outsummon the damage dealt by monsters that you face. Summon enough melee troops and you'll be able to raise ranged warrior as well. As such, taking the Forest card with the Necromancer is a great choice. Be warned that places such as Outposts will attack the Necromancer instead of siding with them, probably because of all that nasty raising the dead business. Most people aren’t a fan of that.

Those are all the classes in Loop Hero along with some simple tips on how to approach them. Got your own builds? Share them in the comments below! Read our full beginners tips guide to get started if you’re just picking up Loop Hero.