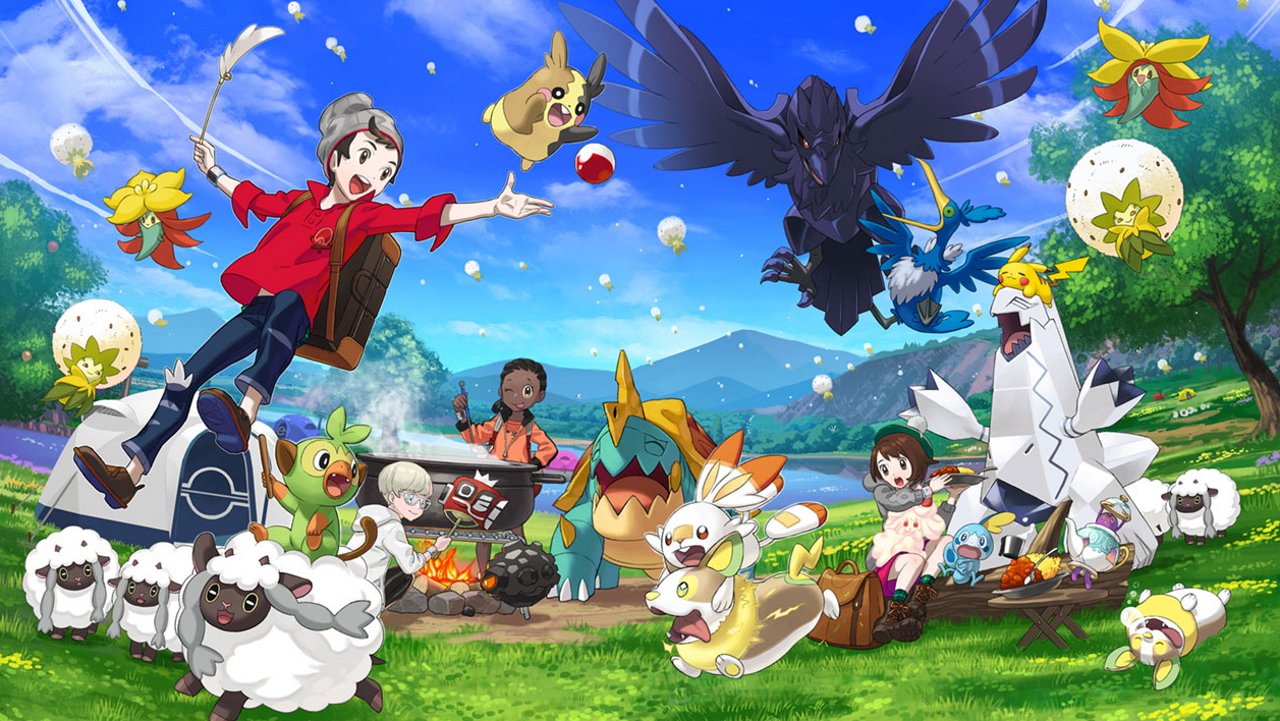 Phwoar – Pokemon Legends Arceus looks a bit good, doesn’t it? But being out of the Poke-loop for five or more generations makes returning to catch them all a rather daunting prospect. Fear not, though. For while Pokemon has come a long way since the early generations, the major changes to the series are pretty straightforward. If titles like New Pokemon Snap or even Sword and Shield have you tempted to dive back into the Pokeball pit, we’ll take you through the major series evolutions below, with advice on where your first Poke-port of call should be.

Everything to know if you’re finally returning to Pokemon

In many ways Pokemon is a painfully sluggish behemoth, its mighty inertia resistant to smaller shifts in the gaming landscape. But dive in today after hitting the snooze button through several generations and you’ll find plenty of places to stumble amid familiar scenery. We can’t cover all of the tiniest tweaks, but here are the major adjustments since the early days of putting monsters in your pocket.

Shockingly, Pokemon Types haven’t really changed all that much since the early days. After the initial games, Generation 2 saw Dark and Steel Type Pokemon added, and since then only one more Type, Fairy, joined in Gen 6. Dark is effective against Ghost and Psychic; Steel is strong against Rock, Ice, and Fairy; while Fairy has the edge on Fighting, Dragon, and Dark.

A stranger addition came in the form of regional variations to certain Pokemon. Both the Alola (Pokemon Sun/Moon) and Galar (Pokemon Sword/Shield) regions feature unique versions of certain pokemon. The Alolan Raichu, for example, has a different primary color and surfs on its tail, while the Galarian Slowpoke has a yellow pattern on its head and tail. Regional variants don’t just differ in looks, they have adjusted types and abilities too. If you're picking up a more recent title, be prepared to face some odd versions of creatures you thought you knew.

Effectively Pokemon’s version of going super saiyan. Mega Stones were added in Pokemon X and Y, allowing certain creatures to temporarily evolve into an extra powerful variant. Pokemon Sun and Moon added Z-Crystals which allow for one-off power moves. Finally, Pokemon Sword and Shield’s Dynamax dramatically scales up a Pokemon for a temporary burst of power and health. Basically, most new Pokemon games involve some kind of power-up mechanic, and you can be near-certain that it’ll have a ridiculous name attached.

What should come as no surprise is that successive Pokemon games have increased customization options for trainers. As of Sword and Shield, you’re free to dress up your trainer in different outfits unlocked or purchased as you explore the world.

And finally, a small technical detail for old-school pokeplayers is that the HMs once required to progress through certain types of environment have been binned in favor of a more natural approach. Instead of learning moves such as Surf and Strength, Pokemon Sword and Shield introduced new transport options like Sun and Moon’s Ride Pokemon, or the Corviknight Flying Taxi in Sword and Shield.

If the roots of your Pokemon knowledge are planted firmly in the first two generations, you’ll remember that each game saw you repeatedly squaring off against a rival trainer following a similar path. You’ll also remember that they were probably a total dick. Prof Oak’s grandson and Gold/Silver’s rival were both short-tempered egotists whose main job was to turn up from time to time and insult you.

As Generations have progressed, however, Rivals have become far less harsh in manner. Usually a childhood friend of the protagonist, the main rivals still compete against you but now tend to offer encouragement with a positive attitude. Expect to meet more of them too, with modern games now featuring three or more rivals to square off against repeatedly. Apparently a lot of Pokemon fans like being insulted however, as the community has been asking for a mean rival again for quite some time.

There have always been plenty of spin-offs to Pokemon and they aren’t likely to stop coming anytime soon. However, recently it seems the Pokemon team has made a concerted effort to set up a few new styles within the main franchise. Here are the key ones to know about.

Pokemon Let’s Go Eevee and Pikachu are ostensibly simple remakes of 1998’s Pokemon Yellow. However, rather than simply appealing to the nostalgia of older fans, the Let’s Go titles were created specifically to pull new, younger players into the Pokemon franchise with simplified controls, motion inputs, and the optional (and somewhat infamous) Pokeball Plus controller. Instead of random battles, Pokemon could be spotted in the overworld, allowing you to move in before attempting a catching sequence akin to Pokemon Go.

While Let’s Go Eevee and Pikachu live in their own, bizarre space, remakes have been a consistent part of Pokemon’s strategy over the last 15 years. Starting with Leaf Green and Fire Red in 2004, straightforward remakes have been slowly doled out over the years. Each one offers updated visuals and extra features along with the obligatory extra title descriptor. So far we’ve had Leaf Green and Fire Red for the Game Boy Advance, HeartGold and SoulSilver for the DS, and Omega Ruby and Alpha Sapphire for the 3DS. Next up are Brilliant Diamond and Shining Pearl, due to drop on Nintendo Switch this year.

Newly announced and perhaps the most exciting prospect of all is Pokemon Legends Arceus. Not due to release until 2022, this new style of game features a Breath of the Wild style open world, with more fluid battle interactions and the chance to sneak up on and catch Pokemon while in the overworld. Arceus takes place in the distant past of the Sinnoh region, inspired by feudal-era Japan. Pokemon Legends Arceus is described as “a new challenge and a new frontier for the Pokémon world.” Which means – assuming good sales – we could see further titles under the Pokemon Legends banner down the line.

Remakes and new series are all very impressive, but if you really want to dive into the modern Pokemon world, mobile is the place to be. You’ll almost certainly have heard of the outrageously popular Pokemon Go, as for the last four years developer Niantic’s augmented reality mobile game has kept users coming back in droves time and time again. The hunt for shiny critters is addictive as ever, even if the current circumstances make heading out to gyms and hunting down rarer Pokemon a little trickier than usual.

GO is far from alone however. The Pokemon series has received more of a forceful shunt than a push into the Mobile space. Check your device’s application store and you’ll find team-based battles in Pokemon Masters, dungeon-crawling in Pokemon Quest, and chilled-out puzzling in Pokemon Café Mix. There’s even a mobile MOBA called Pokemon Unite in the works, though reception to its 2020 reveal was mixed at best.

With the number Pokemon games piling up so high that the series can’t stop spilling into weird new genres like Pokemon Smile – no seriously, that’s a real thing – it’s clear that something was needed to knit this convoluted cosmos together. Pokemon Home is just that, providing a cloud-based storage service to maintain the creatures you own across different titles. Home includes a National Pokedex to track all your Pokemon, and even allows you to trade them between titles. Currently, Home is supported by Pokemon Let’s Go Eevee/Pikachu, Pokemon Sword/Shield, Pokemon Go, and Pokemon Bank, though only Sword and Shield can receive creatures from the other titles.

So where should you start?

If it’s been so long that you’re feeling like a Magikarp out of water when it comes to Pokemon, Let’s Go Eevee and Pikachu make for an extremely gentle return to the series fundamentals. However, if you still have a good grasp of the fundamentals, then waiting for this year’s Brilliant Diamond and Shining Pearl remakes could be a fantastic place to return, or you could try Sword and Shield if you really can't wait. And finally, if you just enjoy the extended Poke-verse but diving into the full series again doesn’t sound tempting, then downloading Pokemon Go and waiting for New Pokemon Snap to arrive this year will deliver plenty of wholesome, cute critters without any serious investment.