Why 60% keyboards are a perfect fit for FPS games

Chop a mechanical keyboard down to size and it's a perfect match for FPS gaming. 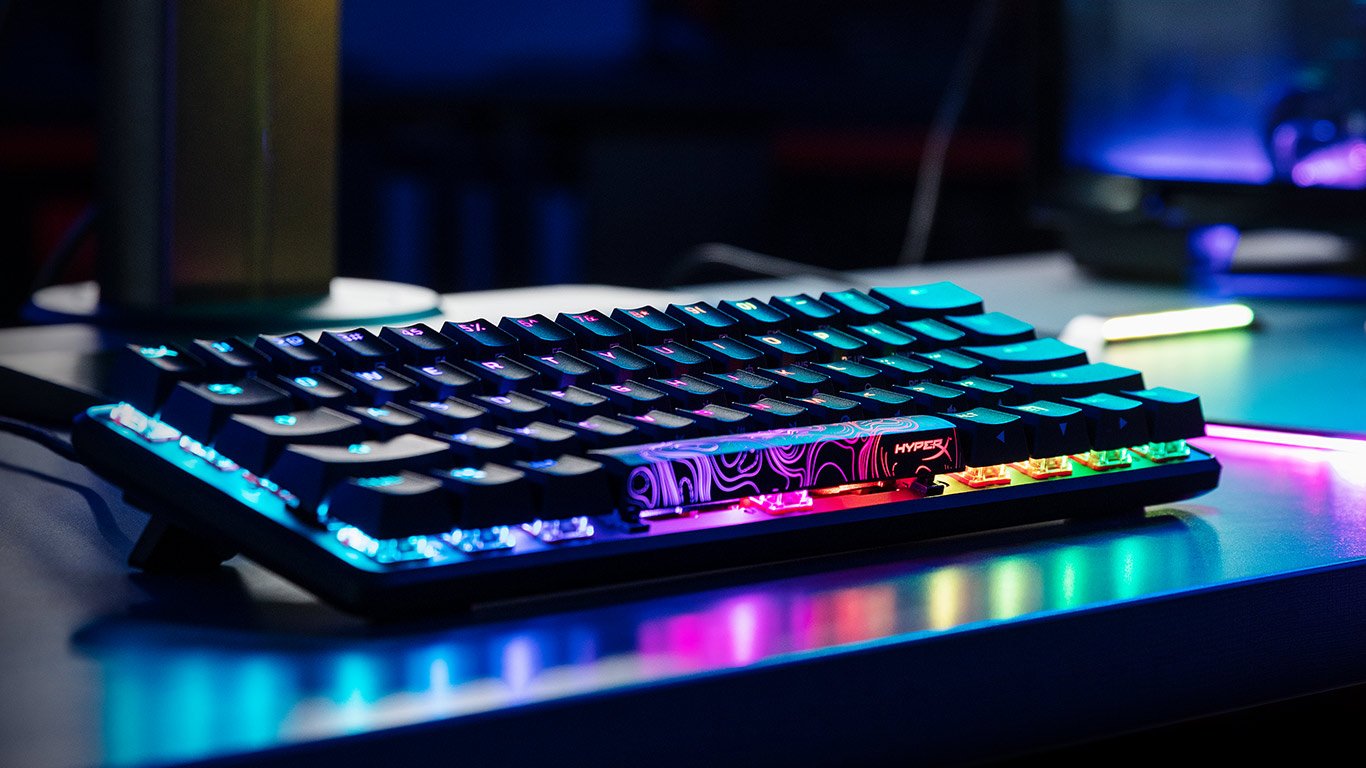 Dropped out of Pokemon in the early generations? We'll make your re-entry softer than a Cottonee.

Supremely-compact mechanical keyboards like the HyperX Alloy Origins 60 are now considered a must-have piece of kit for a growing number of people in many groups; from digital artists to FPS players. Their small size is great for keeping smaller desks tidy, makes transport hassle-free, and it’s easy to cover with a single hand while drawing or flicking your mouse around with the other.

But for people who are used to the lumbering full-size or still-beefy tenkeyless options of mechanical keyboards, the extra keys that are pruned to get to that 40% form factor can be hard to come to terms with. If you’re worried about the loss of the function keys or the arrow block then don’t worry, their functions are still accessible, and here’s how to use them.

Your new best friend with a 60% keyboard is the FN key. For anyone who has owned a laptop in the past two decades, you’ll know it as that weird little extra key down by Ctrl. As 60% keyboards are basically mechanical standalone versions of laptop keyboards (portability, size, it all makes sense) they use the same sneaky workarounds.

The row of function keys across the top of the keyboard then just becomes the number row above the QWERTY block. Simply hold down the FN key and hit the number of the function key you want. Quickly closing your desktop windows would then be Alt+FN+4.

Some 60% keyboards also use the FN key to make up for the loss of the arrow key block – that’s the standard arrow keys that nobody has used for gaming since Doom and Quake mapped them to aim control, plus Insert, Home, Delete, etc. The layout of these keys generally varies depending on the manufacturer. For instance, the Alloy Origins 60 puts the Delete key on FN+Backspace, which makes sense logically. You’ll also find the arrow keys laid out roughly in their usual shape right next to the FN key, on Ctrl, Alt, Context menu, and /?.

The FN key is also used to control other on-board shortcuts. Some put in FN shortcuts for media controls (play/pause, skip, volume control) on letter keys, as well as controls for the keyboard itself. You can change the brightness and color hue of the Alloy Origins 60’s backlit keys by using G through L line on the keyboard, while media controls are the row just below. If you’re finding it hard to keep all this memorized, don’t fret. The keys of the Alloy Origins 60 have their additional FN functions printed right on the keys.

Hopefully this guide has made getting a 60% keyboard feel less like losing a bunch of keys, and more like an option that’ll create more room for you to make bigger plays. Once you get used to using the FN keys to access those additional functions, you might learn to love the compactness and portability of a 60% keyboard like the Alloy Origins 60.