All the Xenoblade Chronicles songs arriving in Super Smash Bros. Ultimate with Pyra and Mythra. 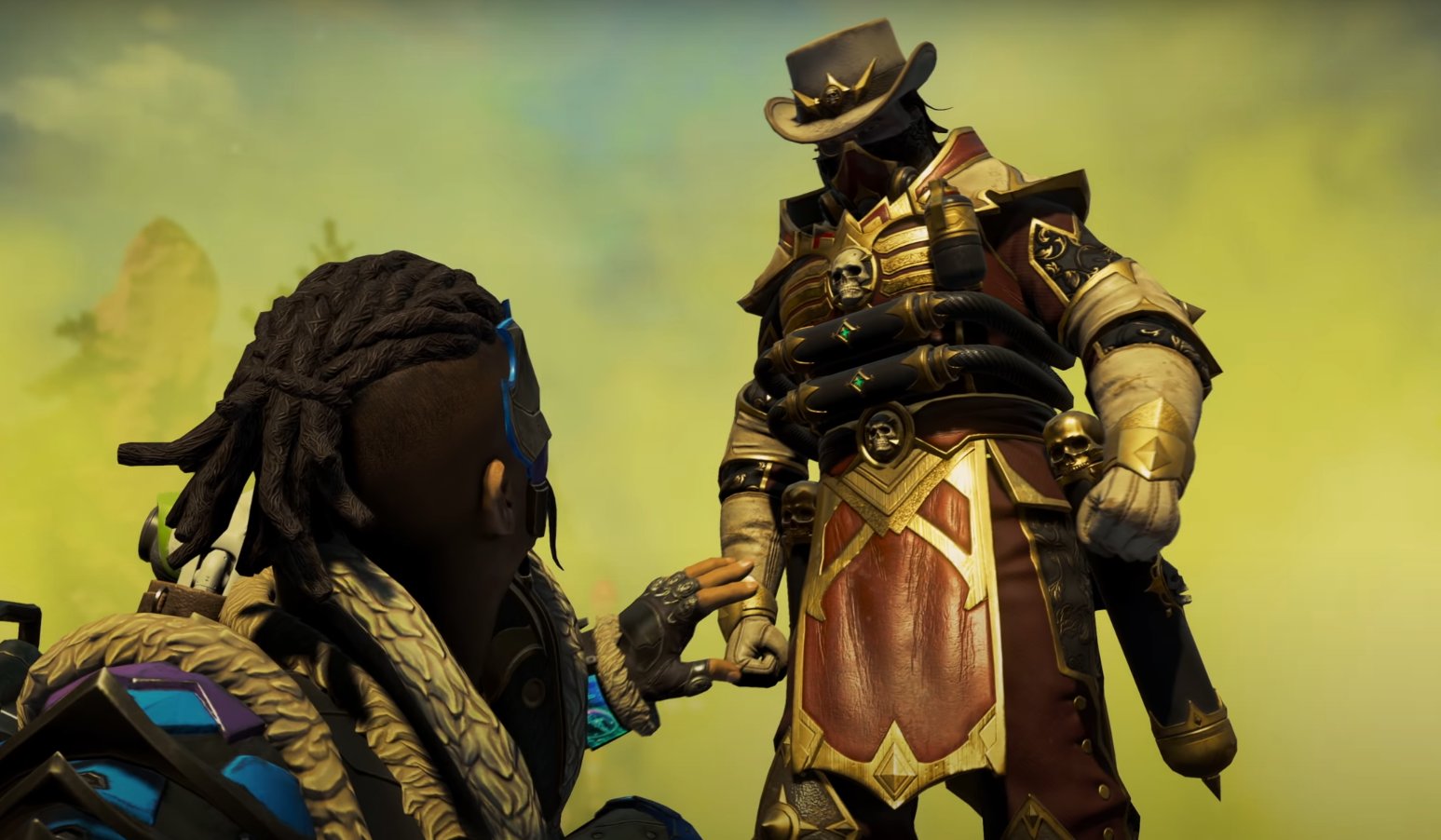 In thanks for telling the story of the island.

The resident edgelord gets his day in the new Town Takeover feature, which fills areas with his sweet-smelling NOX gas. You can brave the hostile environment for gold-tier loot, or just stay away entirely, for your health.

There's a new limited time mode called Ring Fury which creates isolated areas all over the map where a ring of death spreads outwards, adding even more ring-based horror than the slowly enclosing one you're already in. You can use a Heat Shield (which everyone drops into the match with in their Survival Inventory slot) to create a dome that protects any of your buds who get caught out in the fury of battle.

There are, of course, even more ostentatious cosmetics for you to unlock, including legendary sets for Caustic and Crypto, as well as a Spartan helmet for Loba, some sort of Conquistador fit for Wattson and Rampart is covered in skulls.

Also available in loot drops for this season's event is Bangalore's "Cold Steel" Heirloom knife which looks like it'll carve through anything like a hot knife through butter. There are 24 new cosmetic event items to be earned through the Chaos Theory reward track in this season's battle pass.

A number of changes are coming to character and balance in the latest Apex Legends patch, here are the buffs and nerfs identified earlier by patch examiner Shrugtal:

What do you think about the changes in Apex Legends Season 8 patch notes when the Chaos Theory event drops on March 9? Will you be maining Caustic for those sweet new threads?