Craft slayer looks to earn you a place in Talon with Emiru's Widowmaker makeup tips. 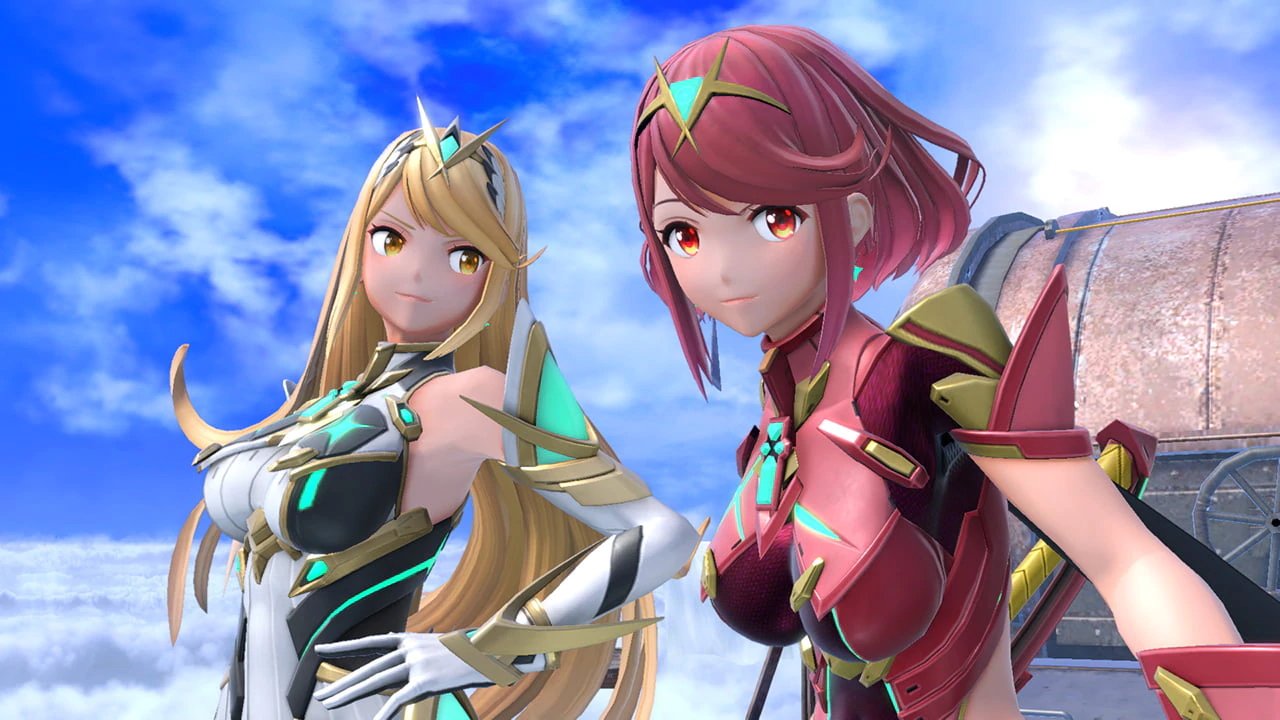 All the Xenoblade Chronicles songs arriving in Super Smash Bros. Ultimate with Pyra and Mythra.

The latest additions to Super Smash Bros. Ultimate's roster are Xenoblade's Pyra and Mythra, who join the series together as a twinned fighter. We've taken a look at the reveal footage of the new characters below and detailed as much as we can about their movesets so that you're ready to play as or face off against both of them when they arrive in game today.

Reminiscent of Melee’s Zelda and Sheik combo, Pyra and Mythra can be swapped between at will. Along with the movesets for the characters, we've highlighted the differences between the two where possible.

Unique differences between Pyra and Mythra

The key differences between Pyra and Mythra come in speed and power. Pyra unleashes slower, more powerful strikes to KO opponents, while Mythra is much faster and emphasizes multiple strike attacks. Mythra also jumps slightly higher and faster than Pyra. Both characters have unique special moves, which have been detailed below. In addition, Mythra has a special dodge effect called Foresight. When dodging at just the right time, Mythra will briefly gain increased speed and slow her opponent, letting her counterattack. You can choose which fighter you want to start as by pressing Y on the character select screen.

Jab: Three sword strikes, ending in an upward swipe. Can be followed by a rapid jab magic attack that knocks opponents back.

Up Tilt: A rapid overhead sword swipe which swings from back to front. Mythra's version should combo well into repeated strikes or other attacks.

Forward Tilt: A longer-ranged sword swipe. Covers a wider arc than the jab but with less range than the smash attack. Mythra’s is fast enough for repeated strikes, while Pyra's has slightly more range.

Down Tilt: A grounded sword swipe in front that launches opponents for a follow up.

Back Throw: A kick that launches opponents a medium distance backwards.

Down Throw: The enemy is stabbed into the floor, bouncing them up for combos at low percentages.

Up Smash: An upward sword swing followed by an overhead spiral. Can strike enemies stood in front. Pyra’s hits once, while Mythra’s is a multi-hit strike.

Down Smash: A spinning sword swipe which hits both sidesat around chest height.

Neutral air: A spinning sword strike (similar to Byleth's) which sees the sword float in a tight circle around Pyra or Mythra. Pyra hits once, while Mythra's is a multi-hit combo.

Up Air: An overhead, arced swing.

Back Air: Pyra/Mythra flip upside down and swing their sword upwards behind them. Looks similar to the forward air.

Down air: A underneath swipe. Mythra's knocks opponents away, while Pyra’s version meteor strikes foes, launching them down.

Pyra and Mythra’s movesets differ most prominently with their specials. We’ve described both versions below. As usual, Pyra’s tend to deal heavy damage and knockback, while Mythra’s are faster combo tools.

Pyra - Flame Nova: Pyra charges then unleashes a fiery spinning sword strike about herself, hitting both sides. If performed on the ground, you can move very slightly to the left or right when unleashing it. This can be charged in the air, but you cannot store charge.

Mythra - Lightning Buster: Mythra charges a series of sword swipeds in front of her. The longer the charge, the greater the range. Full charge adds an extra sword swipe. Mythra is briefly invincible when unleashing this attack.

Pyra - Prominence Revolt: Pyra launches straight upwards with her flaming blade before dropping down in an attack, similar to Cloud. If performed over land, Pyra lands in a large explosion with massive knockback. Pyra can move slightly forwards or backwards during the attack.

Mythra - Ray of Punishment/Chroma Dust: Mythra launches into a large jump before firing out a single blast or multiple projectiles diagonally downward. Hold for a single blast, or tap to unleash a fan of shots. Mythra can move forwards or backwards after unleashing the attack.

Pyra - Blazing End: Pyra throws her sword forward. It travels flat, then spins upright before returning to Pyra. The range can be adjusted by flicking the stick forward to perform the move. While the sword is thrown, Pyra can move but cannot attack or use her Up Special to recover.

Mythra - Photon Edge: Mythra disappears, unleashing around six strikes in a large area as Mythra travels forwards. Can be used as a recovery.

Pyra/Mythra - Swap: Swaps between Pyra and Mythra in a rapid transformation. There’s a brief invincibility period as the two swap.

Rex is summoned to swipe down in front of Pyra, the two perform a powerful strike downwards designed to KO foes.

Rex is summoned to swipe upwards in front of Mythra. The two unleash a powerful arrow strike designed to deal damage to foes.

In case you want to see the moves in action, we've embedded the full Super Smash Bros presentation below, hosted by series director Masahiro Sakura.

That's everything we know about Pyra and Mythra's movesets in Smash Ultimate so far. We'll do our best to update this list if any details prove incorrect when the fighters arrive in-game. Head to our Smash Ultimate hub for more content covering Nintendo's multi-series.