That many Vikings is sure to make quite odin. 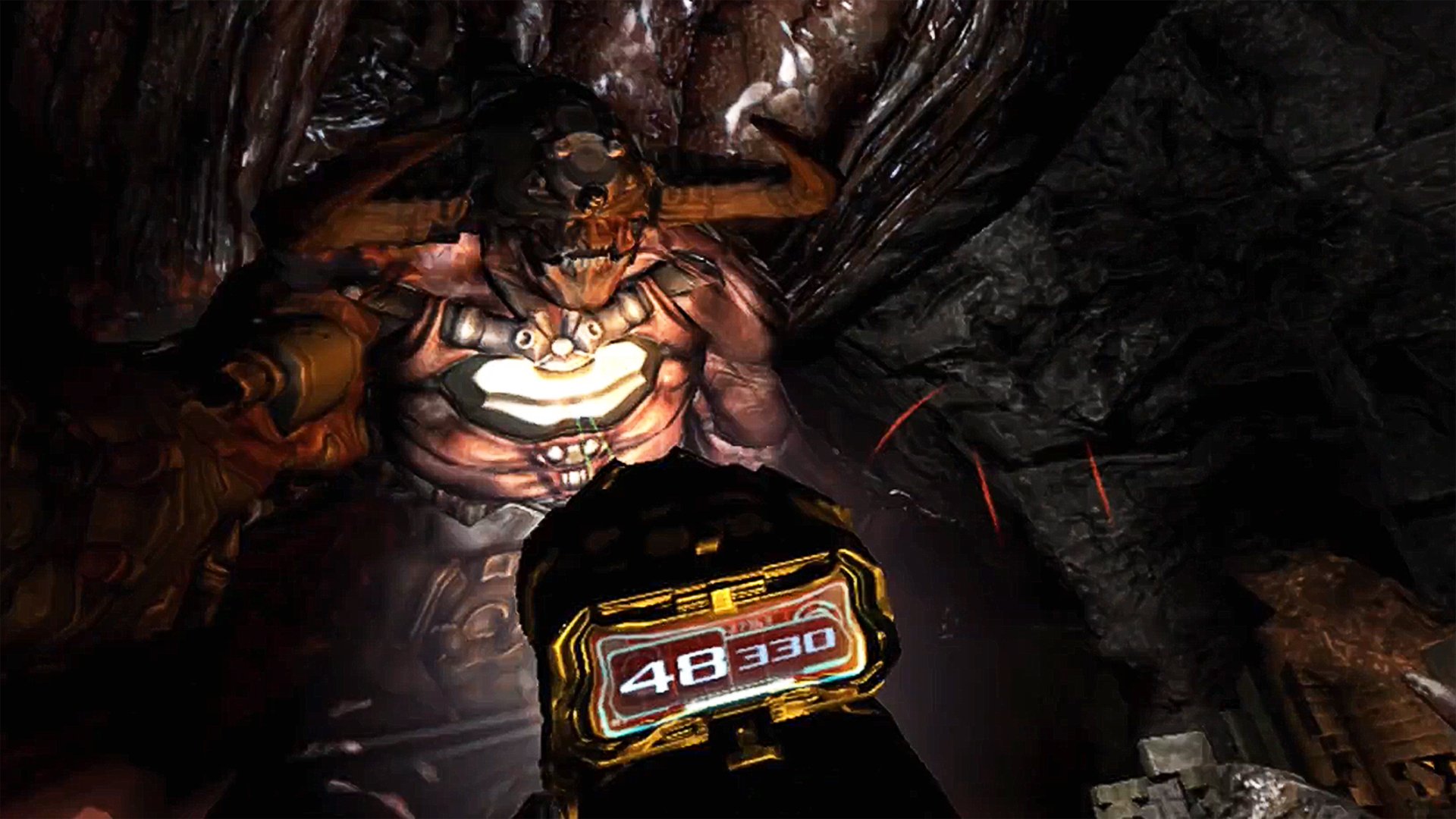 Craft slayer looks to earn you a place in Talon with Emiru's Widowmaker makeup tips.

Another half-dozen of games have been announced for PSVR as Sony prepares its next-generation VR headset and controllers for the PS5. Before we can get our hands and faces on those new toys though, there are still plenty of things to get excited about coming out later this year. Here are the six new games announced for PSVR.

Doom 3: VR Edition features Doom 3 and its expansions, Resurrection of Evil and The Lost Mission, retooled for PS VR technology. The game now includes a quick-180 turn button, and a wrist-mounted display for your health, armor and ammo. Graphical improvements extend to weaponry with new textures, shaders and sound effects as you peek around corners in the dark.

Song in the Smoke

Get back to nature by surviving against the wild in Song in the Smoke. Craft new weapons from stone axes to bows and arrows, by actually carving and whittling the wood away to make them. Set up camp before the sun goes down or risk fighting in the dark jungle against lions and other natural predators that look out of place in this semi-reality.

Skiing, running, climbing, base jumping and ziplining while gunning down bad guys is the jist of Fracked. Reload your weapons by hand with the Move controllers, lean and carve your way through the snow on a set of skis, vault and slide across obstacles and cover in between firefights in this homage to 80s action movies. Releasing this summer, the game will also receive PS5 enhancements for improved framerates, loading times and resolution per eye.

I Expect You To Die 2: The Spy And The Liar

Sequel to the 2016 original espionage simulator, I Expect You To Die 2 puts you back on task of hacking, sneaking and bomb defusing your way through a megalomaniac's evil plans. Following the events of I Expect You To Die, IEYTD2 sends you back into the immersive world of espionage and undercover danger. "Leaving nothing to chance, the Agency has assigned you with the task of going deep undercover and putting a stop to the Zoraxis organization’s new scheme of world dominance," say developers Schell Games. "Take advantage of your telekinetic abilities in all-new environments and surroundings. Expose the diabolical plot and learn even more about Zoraxis. Risk your life for the greater good; because, remember: we expect you to die."

Zenith is an MMO RPG with first-person swordplay and a futuristic setting and  simple art style. Use your hands to climb up the sides of skyscrapers or giant cliff faces, discovering secret areas and searching for hidden treasure. You have limited stamina, which increases as you explore the world, so you’ll need to plan your ascent carefully. Then jump off the top and glide around to set up an ambush on enemies below.

"While many MMORPGs feel like spreadsheet simulators, Zenith feels tactile and simple to learn," says Andy Tsen, CEO of developers Ramen VR. "Instead of learning a million formulas about damage, you’ll be mastering intuitive mechanics like throwing, blocking, and dodging. Parry the cold steel of your enemy’s blade, slam your staff like a wizard, and even dodge arrows while slowing time."

This last one's from the creators of first-person zombie survival Arizona Sunshine, Vertigo Games. The zombies are back but this time the weather's taken a turn for the cold, turning zombies into "snowbreed". You must work together with other players in this co-op survival shooter to get away from the icy horde.

"After the Fall will make you feel like your favorite, slightly overpowered 1980s action hero as you engage in the game’s high-paced combat with real-life movements," says Vertigo's community manager TamTu Bui. "Aside from the more conventional weapon types, you’ll be able to gear up with weaponry and tools that are heavily inspired and rooted in 1980s culture. Unlocked that iconic cassette player-turned-missile launcher to keep the hordes at bay? Don’t rest on your laurels just yet, because no mission will play the same twice."

The Ghetto Blaster from James Bond is in it? That sounds pretty good. You can check out more of the announcements on PlayStation's PSVR blog, and won't have to wait too long for any of these to come out as they're all slated for 2021.