Wait, it's not made of lentils? 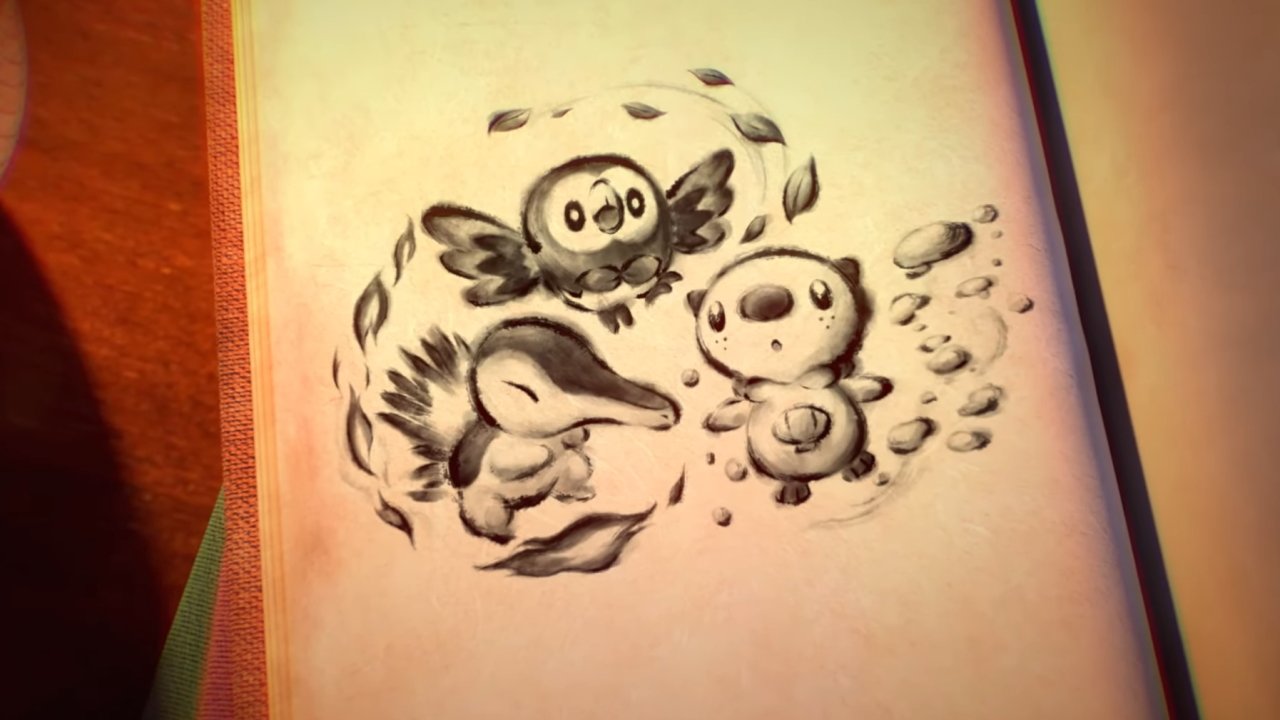 If heading to the distant past of the Sinnoh region in Pokemon Legends Arceus wasn’t already an exciting enough premise, it appears that the game is playing around with starter Pokemon in ways we haven’t seen before.

The closing section of the reveal trailer for Pokemon Legends Arceus gave us a look at three starters. Oddly, each one was from a different generation. Cyndaquil, Rowlet, and Oshawott all appear, standing inside an office that looks suspiciously modern. We also see ink drawings of them appear in an old book.

Given the regions for Rowlet and Oshawott likely wouldn’t have been explored during the time in which Pokemon Legends Arceus is set, it implies some kind of time travel shenanigans may be at work. It's likely that a trainer from the modern age of Pokemon is give the choice of starters before jumping back to explore the Sinnoh region during the feudal era. Check out the footage and see for yourself in the trailer below.

Pokemon Legends Arceus will allow players to explore the land at will, tossing Pokeballs and getting involved in real-time fights. And yes, plenty of Breath of the Wild comparisons have already been made. If Pokemon is going to go full open world, it looks like the company is keen to break all other series conventions while it’s at it!