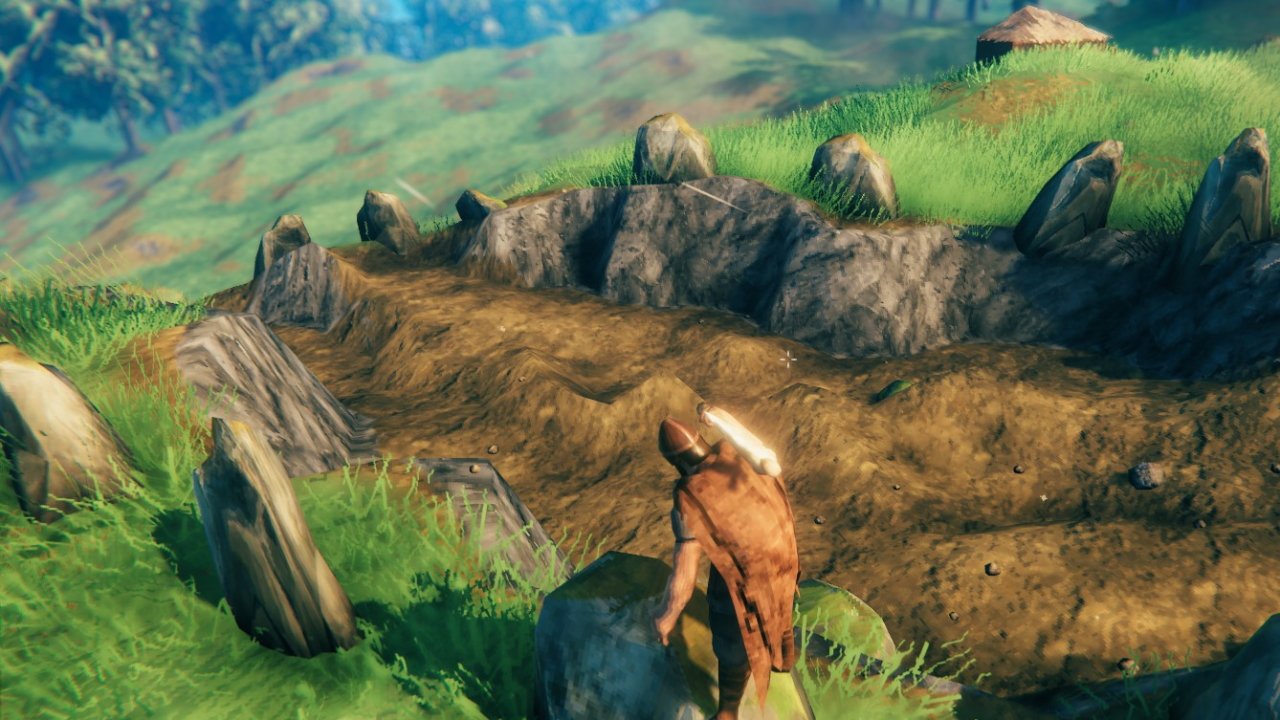 You didn’t travel to the Viking afterlife just to spend your days scraping a living in a cobbled together pile of wood. You deserve epic banquet halls and castles overflowing with mead! Unfortunately, Valheim doesn’t make reaching that goal very easy. So, to help you on your Viking voyages, we’ve put together a quick list of intermediate Valheim tips, tricks, and secrets that you might not know.

1. Autorun and other useful hotkeys

Sure, you might be a sensible person who checks the controls menu after starting up a game for the first time. But many, like us, aren’t quite so savvy. As such, it’s easy to miss a few key hotkeys and controls that’ll make your life that much easier. Here are a few you ought to know:

A tap of the Q key will start your character auto-running. Holding the Right Mouse Button will let you change direction by adjusting the camera, and you’ll still need to press Shift to sprint. But for those long treks across an island? Set yourself running and give that hand a rest.

Split stacks of items by holding Shift as you click. This allows you to move some of a collection into a chest, or throw a few pieces of food to the floor when feeding tamed boars.

Press the X key and your Viking will sit down. This isn’t just for looks, however. Do so next to a fire and you’ll begin resting, gaining a boost to your stamina recharge rate for eight minutes. Carry enough stones on you to drop a campfire anywhere you go, and you’ll be able to keep yourself charged up at all times.

While your map is open, double clicking will place a marker (icon selected from the right), which you can use to name a location. Use this to mark everything from troll caves and barrow mounds to copper deposits. You can also ping the map by pressing the middle mouse button. This will appear in-game to all players, making it a great way to point someone in a direction, or guide yourself directly home.

Finally, you can also zoom in and out on your minimap by pressing the full stop and comma keys.

This tip might seem a little simple to seasoned Vikings, but it’s surprisingly easy to put plenty of hours into Valheim without even realizing that parrying is a thing. If you block with a shield right before an enemy attack lands, you’ll parry them. As well as deflecting the blow, this typically staggers the enemy, leaving them open to critical hits or providing you with ample time to run. You can parry more than you might expect, so don't be afraid to give it ago against the tougher enemies out there. Best not to try it on Trolls however, as the punishment for messing up is usually a massive log directly to the forehead.

Early in the game you’ll come across areas marked by several upright stones, typically in a ring. These are actually the graves of previous viking warriors in Valheim. Warriors you can relieve of the goods they no longer need. So long as you’ve unlocked the Pickaxe by defeating the game’s first boss, you can dig in these areas to uncover buried Chests, Coins, Amber Pearls, and remains with Bone Fragments. This is a great way to build up some early resources and money to trade once you find the merchant.

Those old buildings you’ll find dotting the landscape are good sources of wood, and sometimes even contain beehives that’ll drop queen bees. However, instead of whacking them with your axe, the fastest way to strip them of resources is to spend ten wood to place a workbench inside. You can then use the middle mouse button to destroy parts instantly. This can be used to collapse attached beehives without fighting them. This tactic won’t work on materials like stone, but it does work on items like stools made out of Fine Wood, meaning you can grab some much earlier in the game than you might otherwise.

Flat ground is notoriously hard to achieve in Valheim, but not if you understand how the Hoe works. The simple rule is this: raise ground first, then level it. Raising ground costs a lot of stone, but you can save resources and time using the following method.

Instead of gradually raising each part from the ground up, start with one higher patch, then aim slightly down the slope at the edge of it, as shown in the left of the image above. This will raise a huge chunk outwards in a single click. Use this to raise large tracts of land without spending thousands of pieces of stone. Don’t worry if you raise it too high, as leveling back down is free.

By default, the Level Ground function will attempt to match the marked area’s height to where you’re standing. But if you hold Shift, you’ll level the ground to the central point of the cursor instead. This makes it much easier to smooth out some trickier areas.

With these tricks in hand, start by raising ground in your desired area, then, standing in the center, spin in a circle and level the ground around you to a uniform height. If there are any divots remaining, use the raise ground tool on them then level the surface back down.

Oh, and while you’ve got that Hoe handy, the level ground function is also a great way to build roads between areas. A function especially useful once you start using carts to transport goods. Get used to carving paths while out and about.

6. Posts are stronger than walls

What makes a house to most people? Four walls and a roof, probably. But in Valheim, posts are king. Setting up grounded posts out of Core Wood (from Pine trees in the Black Forest) will drastically increase the integrity of your early houses, allowing you to construct multiple stories and expanded rooms without the whole thing collapsing. Always start your houses with posts for a foundation, then fill in the gaps with walls as needed.

If you’ve noticed that your base appears to be wearing down over time, the heavens above are to blame. Any structures under rainfall will slowly degrade until they reach 50%, at which point they’ll change visually. Rain won’t destroy building parts, and you can repair them for free using the hammer.

8. Where to find Flint, Copper, and Tin

Certain resources in Valheim hav specific spawning zones you’ll want to learn. Flint is found next to rivers, while Copper and Tin only appear in the Black Forest biome. Tin will only spawn close to water, and is increasingly common as you head outward from the center of the map. You may need to construct a raft and head to a new island before you find it.

You’ll be smacking metal deposits a lot in Valheim, so learn how to do it properly. The Pickaxe deals almost twice as much damage when swinging from above as it does when striking from the side. So when you find those Copper deposits, make sure you jump on top of them before you begin working those arms, as it'll mean your pickaxe durability earns twice as much return. While you’re there, make sure you dig down thoroughly. The majority of a Copper ore point is usually buried underground, so dig further after you clear the surface to make sure you get it all.

You should also mark any towering natural stones you encounter around the map. Return to these when you’re running low, and use the Pickaxe to chop the base away. This will cause the entire structure to collapse, transforming into a huge pile of resources for you to cart back to camp.

That’s all we have for secret tips and tricks in Valheim you might not know. Got any of your own? Share them in the comments below. Step through the portal to our Valheim hub page to find more useful guides.