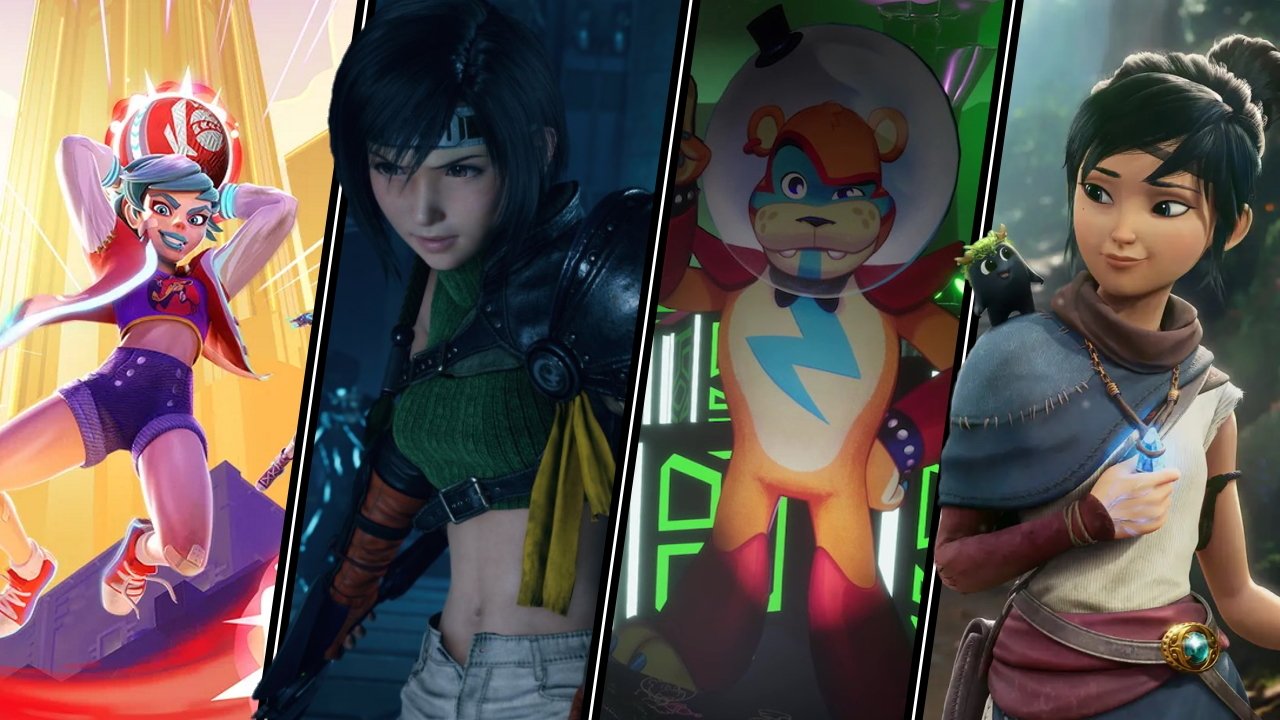 For the last few months we’ve been sat in front of our shiny new PS5 just pressing the power button over and over again, hoping to summon something new to play. Thankfully, our ritual appears to have worked, and last night’s PlayStation State of Play broadcast delivered a trove of scintillating trailers to enjoy. Whether you’re just catching up or want to rewatch your favorite reveals, here’s every trailer and announcement from the February State of Play.

Crash Bandicoot 4: It’s About Time gets a PS5 boost on March 12

Don’t think running away to the next generation will stop developer Toys for Bob from kicking your butt. The notoriously tough Crash Bandicoot 4: It’s About Time is coming to PS5 on March 12, bringing with it upgraded visuals, controls, and audio. 4K support is in with support for up to 60 FPS. Along with new Adaptive Trigger controls, 3D Audio is also supported, and new Activity Cards will help you track progress through each challenge. As with most other upgrades, anyone who owns the PS4 version can upgrade to PS5 at no extra cost.

A longer look at Returnal, the Roguelite horror-shooter

Ready to have your mind melted? Returnal is looking set to offer a double whammy of brain frying through intense combat with its tentacled alien enemies and eerie interactions with the story. Each death reshapes the world, changing the arenas and foes you’ll face. You’ll also get new glimpses into the story of the planet and lead astronaut Selene. The end of the trailer hints that we might even get some spooky, first-person sections, as Selene encounters environments and instances from her past.

Slocap’s Absolver was woefully under-appreciated in our eyes, but Sifu may offer the unique developer another chance to shine. With clear nods to Old Boy’s iconic hallway fight scene, the trailer for this 3D action game features a martial artist training and growing older as he prepares to hunt down the murderers who killed his family. Powered by a pendant which revives him from death, each run through the game’s slick fights will help you learn new moves and skills as you push further and further through countless foes. Sifu is due to release in 2021.

Knockout City comes to PlayStation on May 21

Looking like Splatoon crossed with dodgeball and wrapped in a Fortnite aesthetic, Knockout City is aiming to bludgeon its way to multiplayer success. Matches see teams take to the streets, balls in hand. This team-based tosser sees both sides wielding homing dodgeballs that deliver an instant KO, but you’ll need to outwit your opponents’ defences to land a blow. Fake throws, parkour, and a variety of tricks will help you dip, duck, dodge, and dive before smacking your opponents to the floor. There’s a cross-play beta coming in early April, which you can sign up for here.

Hyper Light Drifter won developer Heart Machine a solid fanbase. A fanbase who’ve eagerly been awaiting news on Solar Ash, the followup title from the team. State of Play gave us a first look at the game in action, showing off fluid movement across a 3D world. Protagonist Rei can surf across clouds and grapple up ledges as she uncovers and fights monsters trapped within the Ultravoid, an enormous black hole. As we’d expect from Heart Machine, Solar Ash features a pronounced visual style with bold colors, sure to be popular with Hyper Light Drifter’s fans.

Five Nights at Freddy’s: Security Breach will have you running in terror

Five Nights at Freddy’s was already terrifying enough, and now you’re telling us we have to go out there and face the machines? Security Breach looks like the most ambitious project in the series yet, asking the player to explore the halls of the Mega Pizza Plex to keep the bloodthirsty animatronics in check. Hear that sound? Yeah, you can go and check, we’ll be here whimpering in the corner.

The next chapter in Abe the Mudokon’s attempted revolution is due to arrive this April on PlayStation 4 and 5. Oddworld: Soulstrom sees Abe encouraging his fellow Mudokon’s to resist their Molluck captors to avoid being ground into edible paste. Described as featuring 2.9D environments, the sidescroller includes environments with depth and scale. Classic Oddworld powers return including possession, which lets you command enemies to use their weapons against them or unlock secret paths.

Kena: Bridge of Spirits gets a new trailer and (low) price tag

If you weren’t sold on action-RPG Kena: Bridge of Spirits, the stunning visuals of this latest trailer could well sway you. While the majority of the new trailer comprises cutscenes once more, we get several glimpses of gameplay here too. Boss fights look like fraught affairs, with Kena dodging swipes from malicious creatures before striking back with her staff and attacks that use her spirit friends. The game is due to cost just $39.99 USD for the standard version, and $49.99 for the Digital Deluxe Edition. The latter includes a digital album, Golden Rot skin, and a unique Kena Staff. Anyone who pre-orders will also unlock a Celebration hat for their pikmin-like pals.

Deathloop is still stylish as heck

It really shouldn’t be allowed for one game to have so many brilliant trailers. Deathloops’ latest showcase includes a fantastic song titled Déjà Vu, and gives us a look at another Visionary that lead Colt is aiming to take down. “Ramblin’” Frank Spicer is a music lover throwing a glitzy party on a clifftop chalet, though he’s more than prepared for a fight when Colt turns up. We also get a better look at a few of the powers in Deathloop, including the Dishonored-style blink teleport for Colt, and what looks like NPC camouflage for rival assassin and Blackreef protector, Julianna. Now, if you’ll excuse us, we’re off to listen to that song again.

And finally, the February PlayStation State of Play capped off with the reveal of Final Fantasy 7 Remake’s updated PS5 release. Titled Intergrade, it brings a new episode featuring Yuffie as she attempts to steal materia from Shinra. It looks like it’ll also feature ties to Dirge of Cerberus and Crisis Core. The updated PS5 version of the game includes 4K support or 60 FPS, bumps up the visuals a touch, and adds a photo mode with which to show them off. Anyone who owns the PS4 version gets a free upgrade, but will have to pay for the extra Yuffie episode. Intergrade costs $69.99 as a standalone title, or $89.99 if you want the Deluxe Edition with a digital artbook and mini soundtrack.

That’s all from the February PlayStation State of Play! What was your favorite trailer? Let us know in the comments below.