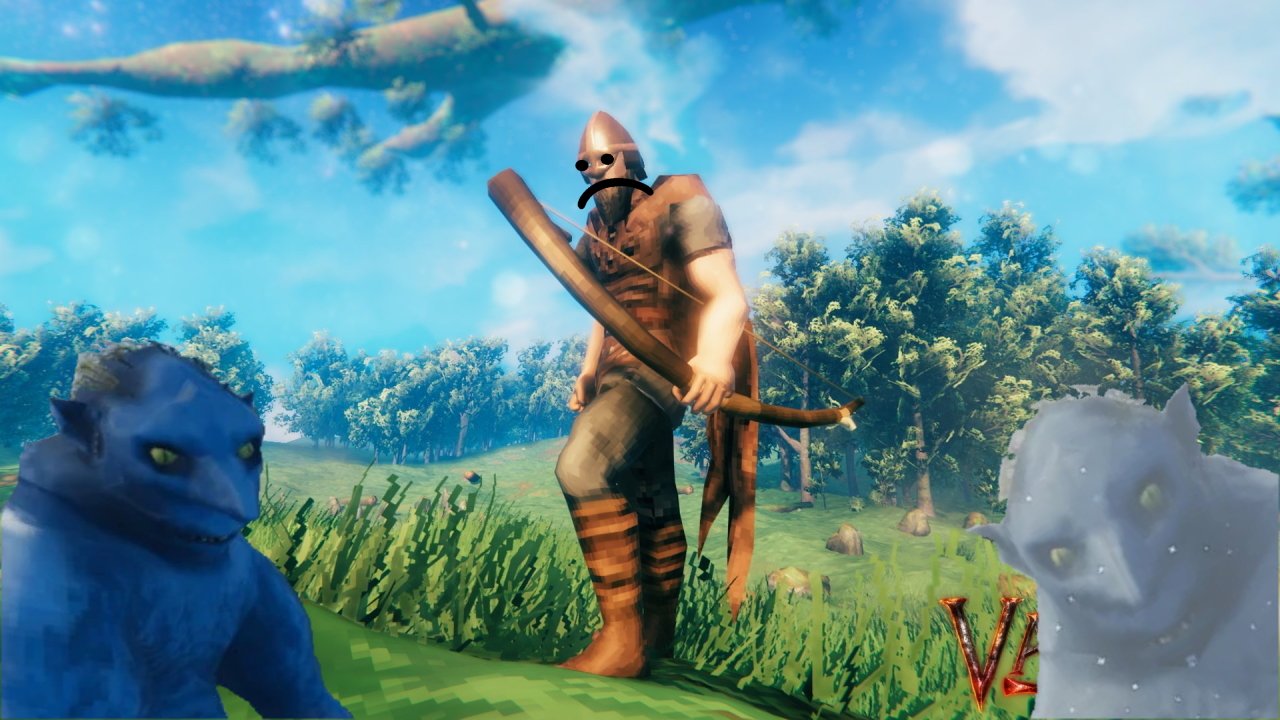 What’s that, the fifth time you’ve been crushed by a tree today in Valheim? Overflowing with aggressive wildlife, lethal monsters and, apparently, even bloodthirsty timber, Valheim’s Viking afterlife is a rough old place. But when times are tough, all you can really do is laugh. So fill your mead hall with an extra bellyful courtesy of our roundup of the best Valheim memes below.

We know that home is where the heart is, but after browsing Valheim communities online, it also appears to be where the art is as well. Folks have already put together perfect recreations of the Millennium Falcon and Sauron’s tower, while we’re still bumbling around in little more than a rundown shed with a torch out front. Still, at least we’re not alone in this leaky boat, as DoctorBest85, SetzarothTV, Padelfriends, and a hundred other commenters on Reddit reveal.

After you’ve secured yourself a basic batch of stone or flint gear, the early Greylings and Greydwarves rarely present much of a threat. That won’t stop them repeatedly wandering out of the woods to pester you. No matter how many you cut down, they just keep coming back, as Reddit user yourundertow highlights.

Tossing rocks like a petulant child who’s been kicked out of the house after spending too long on the PlayStation, Greylings are a nuisance. Much like Reddit user FalconhoofTraveller, we really wish we could just pay them to get out of our way.

Others, however, have turned Greyling execution into an art. Reddit user SolidSnke1138 just thinks it’s a case of figuring out the perfect position to deal with them and the task at hand.

Greylings are just small fry, however. You should be thankful that they’re the ones turning up and not, as Reddit users DankMemeMachine and shaunofthedab suggest, a gigantic troll.

While Valheim’s reception has been overwhelmingly positive, one thing a lot of folks seem to take umbrage with is the game telling them just how much they can or can’t stick in their mouths.

Don't know if my Valheim character is a coward or a liar. pic.twitter.com/C6TIhYW6TH

There are a few other annoyances in Valheim, with the incessant bleating of woodland wildlife prime on the list for many.

But the wost offender in our digital realms? The simple hoe as you desperately try to work those lumps and bumps out of your building ground. We share your pain, u/PerseveranceRover.

At the end of the day though, among falling trees, rampaging trolls, and infuriating tools, the worst horror Valheim can offer is knowing just how long you’ll need to wait for your friends to log back on.

That’s all from our roundup of the best Valheim memes. If you’ve seen any other hilarious images then share them with us in the comments section below! Walk your rejuvenated viking feet over to our hub page for the game if you’re after more Valheim content.