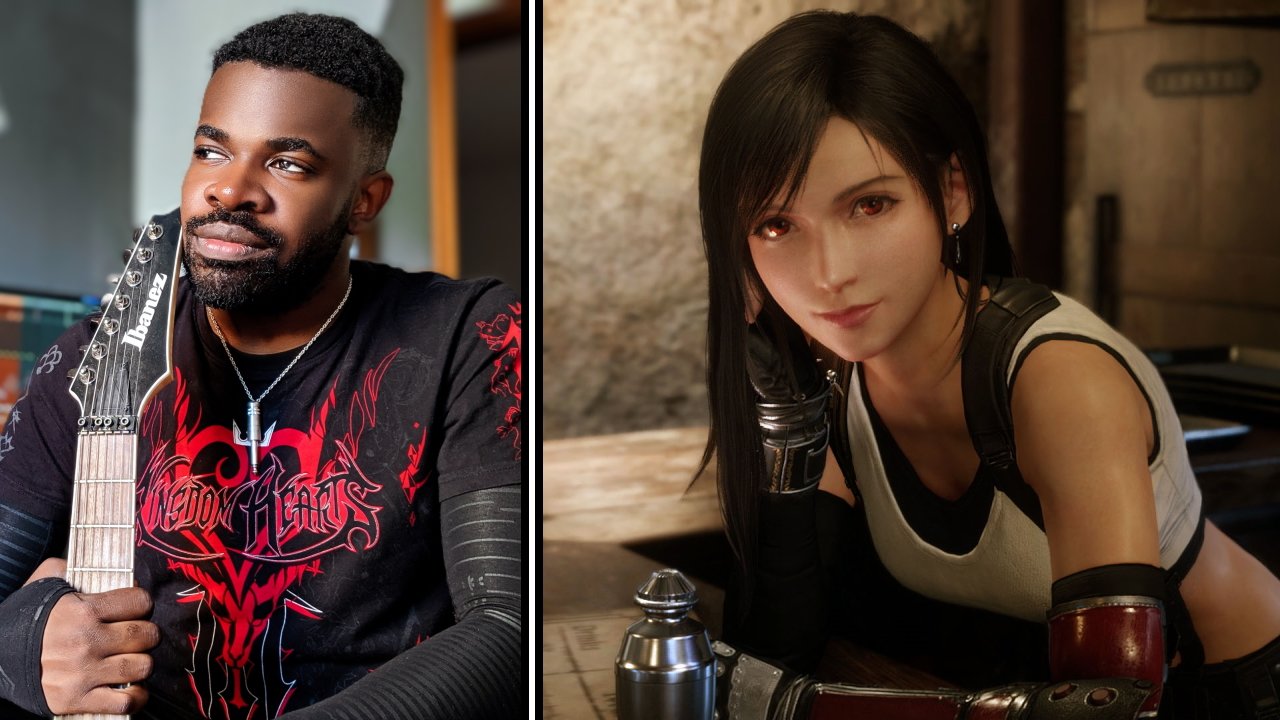 If you’ve been in a bit of a funk lately, Alex Moukala is the man to get you out of it. His solution to your woes? An extra dose of funk, but this time in musical form. Sharing remixes of classic video game tracks, Moukala has been getting everyone on social media off their feet and grooving to the beat. If you haven’t checked out his funky take on Bloodborne’s beloved Ludwig, the Holy Blade track yet, you owe it to yourself to do so now. And when you’re done, there’s an entire thread of funky video game remixes just waiting to perk those ears up.

Moukala isn’t just interested in bringing bass to our favourite gaming tracks, however; he also wants us to understand the music we’re hearing. A professional producer and composer, Moukala regularly dissects and remixes iconic video game soundtracks on his personal YouTube channel. Ever wondered how Bloodborne’s music would sound in Mario Kart? Probably not, but you won't regret finding out!

Funk may be the soul of the music he shares, but what tracks inspire Moukala the most? In Composer’s Choice, we ask the people behind the music in our industry to share their favorite video game soundtracks. With a self-professed goal of one day scoring a Final Fantasy game, Moukala’s (current) top pick comes as no surprise in Final Fantasy 7 Remake.

Square Enix’s Final Fantasy 7 requires no introduction. The seminal 1997 JRPG starring Cloud Strife has inspired dreams, careers, and lifelong gaming obsessions in the millions. The adoration it holds is in no small part due to the phenomenal score by acclaimed composer Nobuo Uematsu. The remake had a lot to live up to when delivering remastered tracks to our ears but, as a devoted Final Fantasy fan, Moukala feels that Square Enix more than rose to the occasion.

“I'm a bit biased here because the original FF7 is what inspired me to become a music composer,” Moukala admits. “Thus, I'm incredibly attached to this soundtrack. It's not only me though. I'm quite sure everyone at Square Enix shares the same sentiment because the dream team they put up to score this game is something we've never seen before.”

Uematsu returned for the FF7 remake to craft the new theme song Hollow. He wasn’t alone, though. The soundtrack offered a plethora of talented composers a chance to rekindle and reimagine Uematsu’s work. We often attribute games and their soundtracks to individual, famous names, but Moukala is keen to highlight what each and every composer brought to the collection.

“Nobuo Uematsu is at the heart of this soundtrack as the main visionary for many of these tracks, like the beloved FF7 Main theme,” Moukala says. “However, we have so many incredible composers here that brought new life to all these tracks, each in their own way. And they also wrote incredible new tracks for the game.”

As such, consider this a bumper edition of Composer’s Choice, as we allow Alex Moukala to take us on a tour through his favorite tracks from each of Final Fantasy 7 Remake’s composers.

Note: The full Final Fantasy 7 Remake soundtrack is available officially in digital form via Spotify and  Amazon, or as a vinyl from the Square Enix store. Individual tracks embedded via YouTube below were uploaded by fans of the series.

Moukala: The man behind the genius soundtrack of Final Fantasy XIII brought the mystical beauty of that game here to FF7R. Jessie's theme, as well as the Avalanche Theme and all its iterations are incredible, but the track that stands out the most from him is A Solemn Sunset.”

Moukala: One of the tracks that surprised me the most. The Honeybee Manor track wasn't a standout in the original but this elevated it beyond what I thought was possible. It brought a Broadway Musical-ish vibe to FF7. Just how many genres can they fit in one game?

Moukala: I don't think I need to express myself on this one. We all felt the Crisis Core vibes, it's amazing to hear Uematsu make new music, and most of all, Yosh's vocals are incredible. I especially love how dark the chord progression goes when he sings “This time I will never let you go."

Moukala: An absolute blast. A masterpiece. It honestly must've been a nightmare to orchestrate and extend as much as it did, all while made to sound more menacing than the previous versions of One-Winged Angel we’ve heard through spin-offs. OWA Rebirth feels like a Bloodborne boss theme on steroids and I adore it for that reason.

Moukala: Of the original pieces of music in this score, this is one that I can't stop listening to. The string-writing that kicks in after the intro is on a whole other level and continues all the way even after the main melody – a ShinRa theme reference – is introduced. Shima-san is also responsible for many of the rearrangement of the classical Uematsu tracks, like the FF7 main theme, FF7 battle theme, Tifa's theme, some versions of Aerith's Theme, and many others. He's the unsung hero in this soundtrack if you ask me!

Moukala: The Airbuster is probably the most hype boss track I've ever heard in a Final Fantasy game these past few years. As a huge fan of the original version and of orchestral music, this was a match made in heaven. Makino-san is also behind Jenova Quickening, another blast from the past where they amped up the epicness to 200% while maintaining all the nostalgia in its pure form. That’s not easy to do!

Moukala: Of all things, I did not expect to hear this certified banger out of a Final Fantasy game. I used to produce electronic music some years ago, so I can definitely notice the layers of quality in this track a lot. One of the most surprising moments in the game for me.

Moukala: I knew this track felt different the moment I heard it in the game. The reason? It was composed by the guy in charge of many Ace Combat soundtracks – a legend. I hope to hear more of his material in FF7 because The Valkyrie definitely rocked as an original theme and added yet another layer of style to this already varied soundtrack.

Moukala: I love Suzuki-san's work and I'm glad they carve space for him to shine here. Abzu is a very interesting take of the classical battle theme which hits very hard. I feel this is one of the tracks where percussion had a lot of space to shine, which I thoroughly appreciate.

Takafumi Imamura: All Quiet At The Gates

Moukala: If you’ve ever played Dirge of Cerberus Final Fantasy VII, this track right here brought a lot of those vibes to the Remake. I love drone music like this, which kinda reminds me of games like Deus Ex Human Revolution and FF7 DoC. I'm very glad this track made the cut.

Moukala: The FF7 Battle theme remix I didn't know I needed. Groovy as heck, and still fresh despite hearing this tune in so many ways before this one. I feel like I'm getting repetitive here haha. But I truly like the idea of a recurring theme, especially if diversified in so many genres.

We’d like to extend a huge thank you to Alex Moukala for taking the time to share his love of music and Final Fantasy with us. Check out his Final Fantasy 7 Remake videos for more breakdowns of this brilliant soundtrack, and be sure to subscribe to his YouTube channel and Twitter account so you don’t miss any more funky remixes. If you’ve like to read (and listen to) more Composer’s Choice features, you can find them all right here.