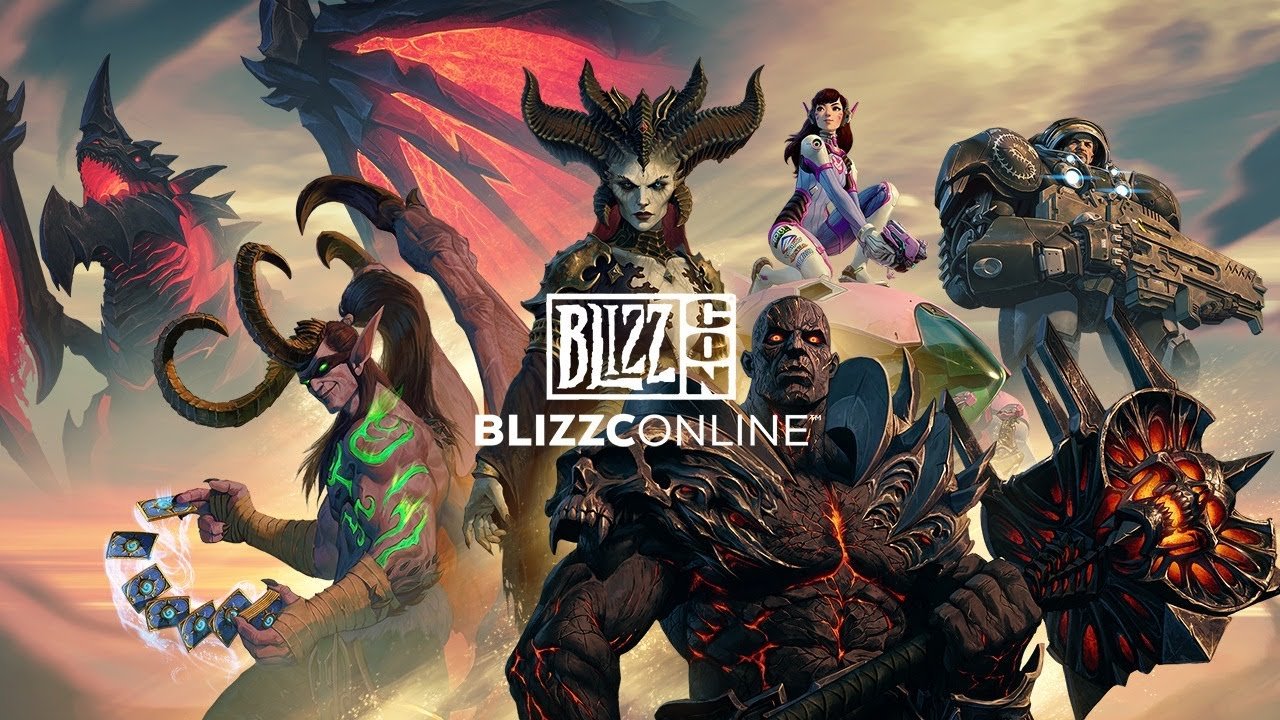 BlizzCon 2021 blowout: All the biggest trailers, reveals, and announcements

Well that’s a relief! If there were any concerns that an entirely online format for Blizzcon 2021 would have put a hold on the bigger series announcements, this weekend hoisted them upon a spit to be roasted by dragonfire.

BlizzCon 2021 – BlizzConline, officially – took to the studio’s 30th anniversary with gusto, bringing announcements about a new Diablo, Overwatch 2, and much, much more. Below, you can catch up on all the Blizzcon 2021 announcements and trailers you might have missed.

An entirely out-of-the-blue announcement, the Blizzard Arcade Collection revives several of the studios’ lesser-known titles such as Lost Vikings, Rock & Roll Racing, and Blackthorne into one bundle. The games have been updated to include features like save states and a rewind function. The pack is set to release on Nintendo Switch, Xbox One, PS4, and PC. Anyone who picked up a Blizzard digital anniversary bundle will have received the PC version for free.

Don’t get your hopes up too quickly, because Diablo 4 is still a long way from release. But while the next entry in the seminal dungeon-crawling series won’t arrive in 2021, we did get our first proper look at the game this weekend. The trailer revealed one of the first classes for Diablo 4: the Rogue. Included in the original Diablo, the class has yet to feature in the series again until now. The Rogue makes use of bows, crossbows, swords, and daggers, while dashing and rolling through the fight.

The good news for Diablo fans is that they won’t need to wait long for a game to play. After 20 years, Diablo 2 is getting a remaster. Featuring upgraded visuals and the Lord of Destruction expansion, it’s due to arrive this year on PC, Switch, PS4, PS5, Xbox One, and Xbox Series X/S. Better yet, it even supports cross-progression between console and PC. There’s a technical alpha coming soon, which you can sign up for on the game’s website.

World of Warcraft and WoW: Classic

The split universes of WoW: Shadowlands and WoW: Classic both have much to look forward to. For the former, the Chains of Domination 9.1 update brings a brand new area called Korthia, an expansion of The Maw. That’ll feature brand-new quests, a massive dungeon with eight bosses, and a 10-boss raid. It’s still a way off from release, however.

Over in World of Warcraft: Classic, the nostalgia train rolls on to its 2007 stop with The Burning Crusade Classic. The revitalized update includes a level cap of 70 and some beefed up raid bosses because players have improved so much at the game since it originally launched. Burning Crusade Classic is due to arrive this year.

Remember Overwatch 2? Turns out it’s still very much coming and Blizzard is a finally ready to show us more. BlizzCon 2021 offered a juicy dose of news and footage for the online shooter’s sequel. The broadcast gave us a first look at Canadian hero Sojourn in action. Wielding a powerful rail-gun, she can fire machine gun style in full auto or charge up shots to take down weaker heroes in a couple of blasts. Along with that, we also saw some teases for new maps like Rome and New York.

The 40-minute behind-the-scenes showcase also revealed just how heavily Overwatch 2 will be leaning into co-op gameplay. Along with a campaign, Hero Missions will rework multiplayer maps to feature new challenges and PvE story elements. Each Hero will have an upgrade path to work through as they battle robotic foes across the globe.

As for the core PvP gameplay, Blizzard is looking at reworking several of the roles, including passive buffs available for all Heroes of one class. Tanks in particular will be tuned to be more aggressive, aiming to get stuck in rather than sit back and soak up bullets.

Warcraft is also invading card game Hearthstone in the new Forged in the Barrens expansion. Along with 135 new cards, a new Mercenaries mode is arriving with the expansion. That promises strategic gameplay with roguelike missions which see you send teams of mercenary warriors into a series of fights leading up to a challening boss.

In case you want to catch up on the excitements as it happened, here’s the full opening ceremony for BlizzCon 2021.

And that’s everything major announced during BlizzCon 2021, or the first (hopefully for a while) BlizzConline. What are you most excited for? Let us know down in the comments section below.