Read the key Valorant 2.03 patch note changes including nerfs to Reyna and the Stinger. 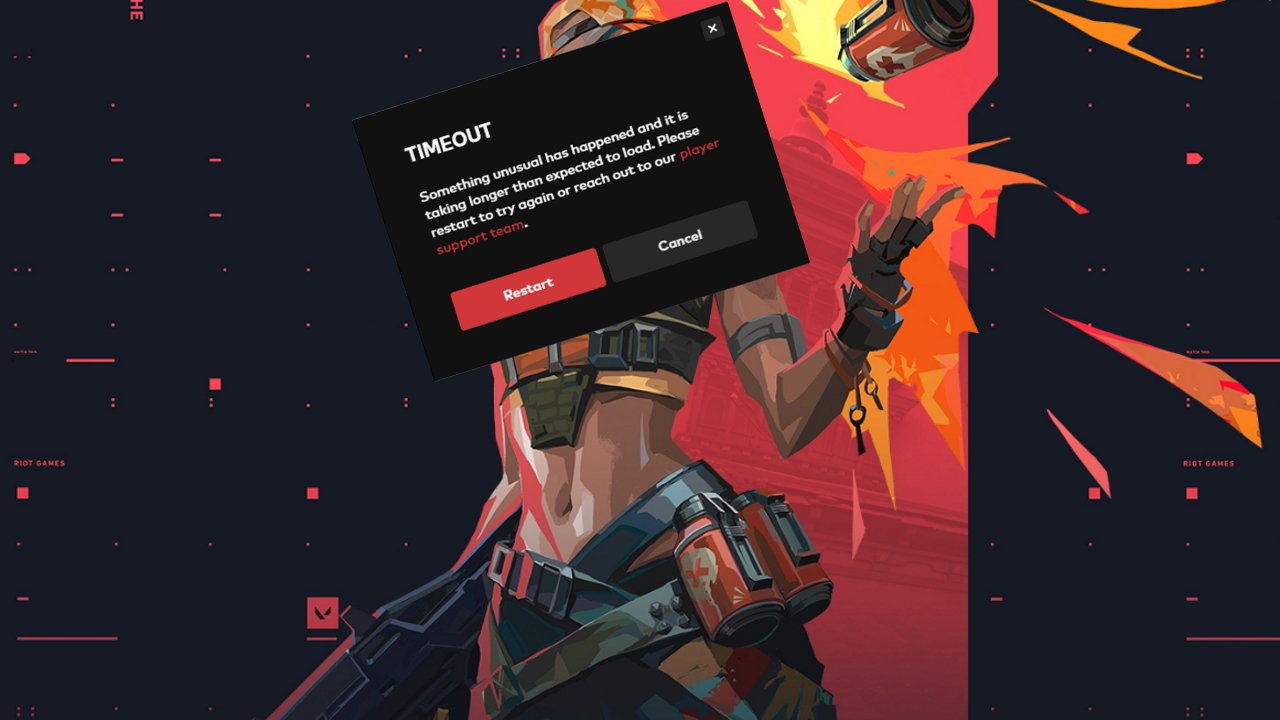 How to fix Valorant's 'Timeout - Something unusual has happened' error

How to play with friends in Valheim

Learn how to create a server and join your friends in Valheim so you can play in co-op.

How to fix Valorant’s ‘Timeout - Something unusual has happened’ error

Update March 18, 2021: A recent update to Valorant introduced a major clash with certain antivirus software. Valorant developer Riot has acknowledged the problem and is working on a fix. A few people have seen success adding Valorant and Vanguard as an exception in their antivirus software, but the majority of sufferers will simply need to wait for a patch to arrive.

The ‘Timeout - Something unusual has happened’ error occurs when Valorant is struggling to connect with the game’s servers. Previously this cropped up due to a conflict with a few specific programs but that has long since been fixed. The 2.03 update reintroduced this bug for several players.

The bad news is that the only way to fix the ‘Timeout - Something unusual has happened’ error is to repeatedly restart the game, as suggested by the error itself. This won’t take long given Valorant’ hasn’t actually launched yet, but it is a pain. Some people have reported that restarting their PC or router has helped them connect, but chances are they just got lucky after the effort. Keep hitting that red message when the error pops up and eventually you’ll connect to the servers, giving you access to the game.

It’s likely that the current version of the bug is tied to lots of folks attempting to download the newest update from the 2.03 patch, but if it’s something larger then we expect developer Riot Games to issue a fix before long.

That’s all we know about the ‘Timeout - Something unusual has happened’ error in Valorant. Keep those restarts going and you’ll get in before too long and will be able to enjoy the new Escalation mode. You can read up on the biggest changes arriving in the patch here, or head over to our Valorant Hub for more content.