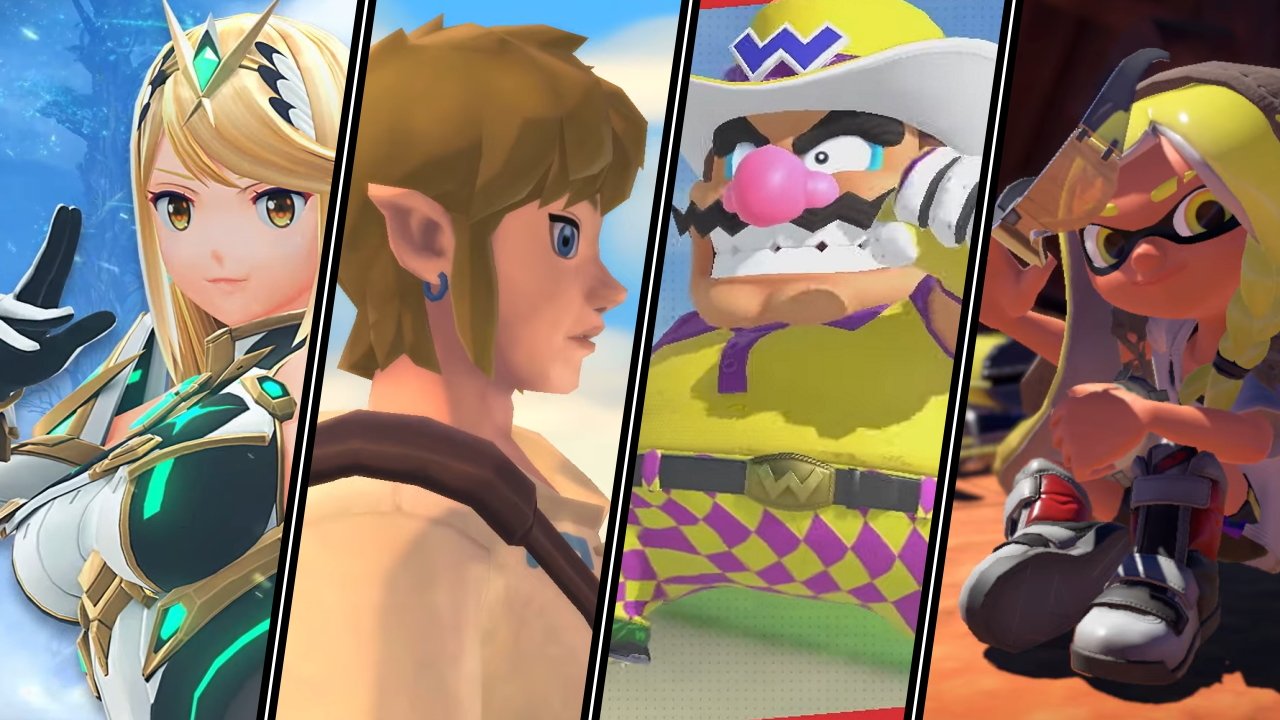 It’s okay, you can breathe now. As of yesterday, the Nintendo Direct hype cycle has finally been renewed, and a thousand dreams have been both made and crushed. The February 17 Nintendo Direct was certainly an odd one which didn’t deliver almost any of the hits that fans expected. Yet there was certainly still plenty to celebrate and get excited for! If you missed the show or just need to catch up after the whirlwind of reveals, we’ve rounded up the biggest announcements from the Feb 17 Nintendo Direct for you.

Fall Guys is coming to Switch this Summer

Mediatonic’s colorful and chaotic online obstacle course has always seemed like a perfect fit for the Switch. This year the unusual battle royale title will finally scramble its way over to the hybrid platform for a Summer release. No word yet on any cross-platform support.

Famicom Detective Club is getting not one but two remakes

Mario Golf is back with Super Rush

Another one for the “wait, really?” category, Nintendo also whipped out the odd decision to bring 3DS RPG Miitopia to Nintendo Switch. The breezy affair sees players design their own mii characters to embark on light RPG adventure, including playing the role of the villain. Given the Switch doesn’t have Miis by default, you’ll need to recreate your crew from the 3DS and WiiU days once more if you want to take part. Boosting relationships between squad members will see them support one another in battle, while letting them lapse could lead to mid-fight squabbles.

Animal Crossing is getting a deluge of Mario-themed items

We knew a Super Mario update for Animal Crossing was on the way but it looks like we’ll be getting far more than expected! Along with Mario, Luigi, Peach, and Wario outfits, players can order interactive items like shells, coins, blocks, thwomps, and more. Even more exciting is the new Warp Pipe item. By placing two on their island, players can quickly travel between locations, which should make fancy layouts just a touch more navigable! The update arrives on February 25, with the items appearing in store from March 1. Now how about that Brewster cafe, Nintendo?

First of all, don’t worry, that name isn’t final. Project Triangle Strategy, and yes it hurts just to type that, is a new tactical RPG-strategy game from Square Enix. Set amidst rising tensions in the land of Norzelia, the game sees a band of characters from the region of Glenbrook attempt  to avert their people’s destruction. Along with grid-based battles, players will need to make crucial decisions between fights that can change the shape of the story. Visually reminiscent of Octopath Traveller, it should be a fine home for Final Fantasy Tactics and Fire Emblem Fans waiting for their next strategy fix. Project Triangle Strategy is due to release in 2022, with a demo available now on the Switch eShop.

Hyrule Warriors: Age of Calamity is getting an expansion pass

Fans of Zelda’s spin-off musou game can look forward to a year of content thanks to Age of Calamity’s newly announced expansion pass. For $19.99, Hyrule Warriors players can look forward to two waves of content, the first arriving in June and the second in November. New characters, weapons, challenges and enemies will drop in June, with new stages and skills also included in the November update.

Respawn Entertainment’s extremely popular battle royale finally got its Switch release date. March 9 is the date, and it’ll support full cross-play with the other platforms. Anyone who plays on Switch will get a unique Pathfinder skin as well as 30 free levels for the Season 8 battle pass. There’s also a double XP period for Switch players for the first to weeks after launch.

Probably the most anticipated game for yesterday’s broadcast was Breath of the Wild 2. But while we did get an announcement, it wasn’t exactly the one most Zelda fans had hoped for. The Legend of Zelda series producer Eiji Aonuma popped up briefly to say that the game is still on track for development but the team didn’t have anything to show just yet. Expect more on BotW 2 later this year.

Until then, Skyward Sword HD should hopefully keep Zelda fans occupied. Those who don’t spend all day moaning about it online, anyway. The 2011 title has had its control scheme reworked to support both motion inputs via Joy-Cons and button-based commands. Directional slices can be chosen via the right analog stick, saving players from the dreaded realm of waggle inputs. The Legend of Zelda: Skyward Sword HD will launch July 16.

And finally, the big reveal to close out the show was Splatoon 3! Due to arrive in 2022, it looks like the third game features a post-apocalyptic setting, with the player travelling through a dried-up desert environment before hopping on a train to the big city. What happened to all the water? Should we really be wasting precious liquid in arena combat? Why is the Eiffel Tower upside down? Unimportant questions. What you should be focusing on is the Little Buddy fish thing which also features customizable hair.

Those were all the major announcements from the February 17 Nintendo Direct. Which was your favorite? Let us know in the comments below. There were several other exciting reveals during the show, so be sure to check out the full video when you’ve got time to catch them all!