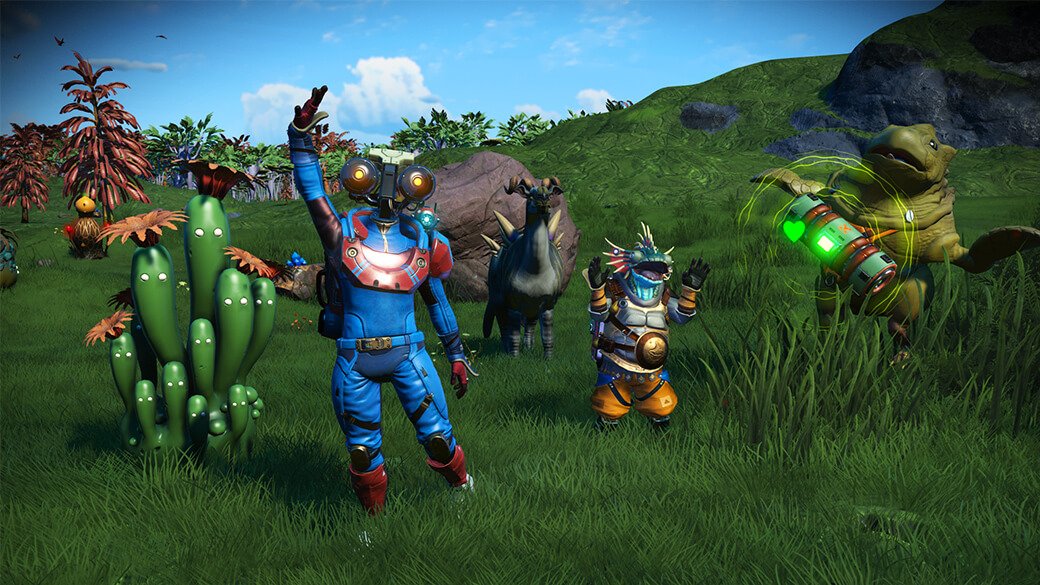 Pyra joins Smash and Splatoon 3 is on the way, but there was plenty more to celebrate during the February 17 Nintendo Direct.

The next big update for No Man’s Sky allows you to befriend and tame alien wildlife.

The Companions update was announced in a new trailer today, and shows off just how close you can now get with the fauna dotted throughout the galaxy. Taming doesn’t just mean sticking a few carrier bags on the side, either. Larger wildlife will be mountable too, allowing you and your squad to roll out on any of the unusual shapes you discover. Have a gander at the footage below.

As well as adopting animals, you’ll also be able to breed and raise creatures, trade eggs with other players, and customize your favorite pets. Any pets you breed will grant traits to their children, but each one will grow uniquely, and requires your protection until adulthood. Thanks to a handy modification within your exosuit, your pets can even talk to you, letting you know their mood as you explore and play with them.

Creatures have had their intelligence bumped up a bit, and can now be trained to perform chores for you – just make sure you treat them well, yeah? Animals can be sent out to hunt for resources, dig up treasure, mark hazards, use mining lasers, or even fend off larger wildlife threats. If only real dogs could get shoulder-mounted lasers.

From the looks of the trailer, you’ll also be able to bring a holographic version of your pet across the stars and inside the anomaly, presumably to show off to everyone else hopping on at the same time. Just wait for that one guy to tame a giant worm before attempting to stuff it inside their ship.

Several other updates also arrive in the update, including a boost to loading speeds on the PS4 and a number of UI improvements. You can read the full patch notes over on the No Man’s Sky website. The No Man's Sky Companions update arrives today, so get your space suit on and prepare to beguile some insterstellar wildlife!