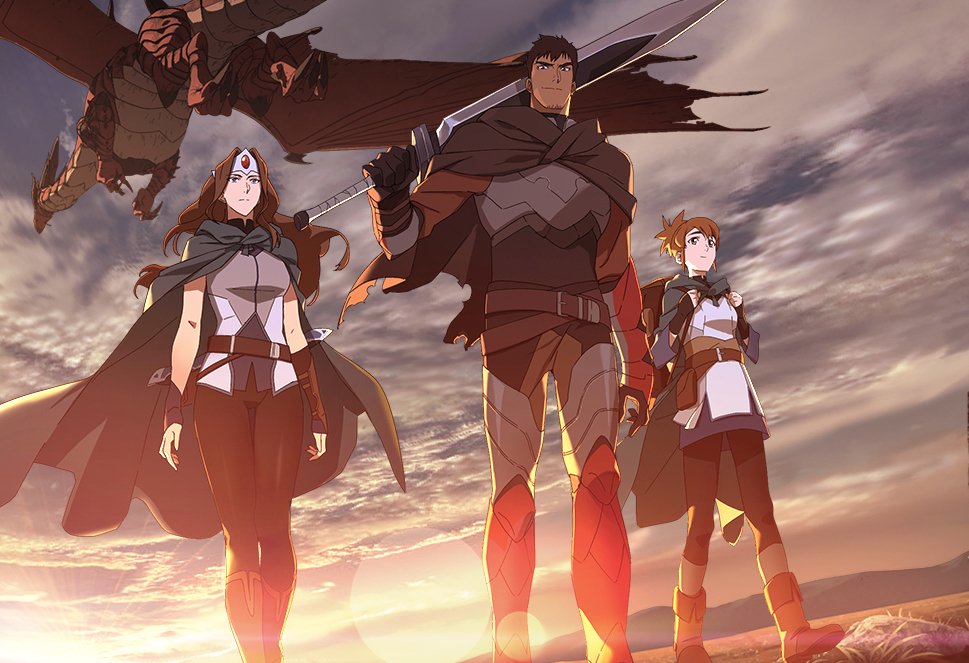 Valve's longstanding MOBA, Dota 2, will be the next to get the Netflix anime treatment with only a month's warning for fans of convoluted lore and farming ancients.

Dota: Dragon's Blood will join the streaming service on March 25 with a story about Dragon Knight and Mirana teaming up against a powerful, ancient eldwurm and getting embroiled in an even larger battle.

The anime series, developed by The Legend of Korra and Voltron animators Studio MIR, will be eight episodes and introduce more of the 100+ cast of characters from the long-running Warcraft 3 mod-turned-multi-million-dollar-esport. Confirmed so far by images on the series' minisite are Invoker, Mirana and Dragon Knight himself, Davion. The key art also features another human character bearing a resemblance to Goodkind, a character from one of the comics Valve's artists put together about Axe.

Writing for the show will be contributed by Ashley Edward Miller, the screenwriter for X-Men: First Class and the first Thor film, and press release materials mention "heroes, both old and new, come to life" leading fans to speculate that the next hero to be added to Dota 2 could appear first in the anime.

A teaser trailer for Dota: Dragon's Blood will air on February 19, while the main trailer will release on March 2 before the premiere of the anime series begins on March 25.