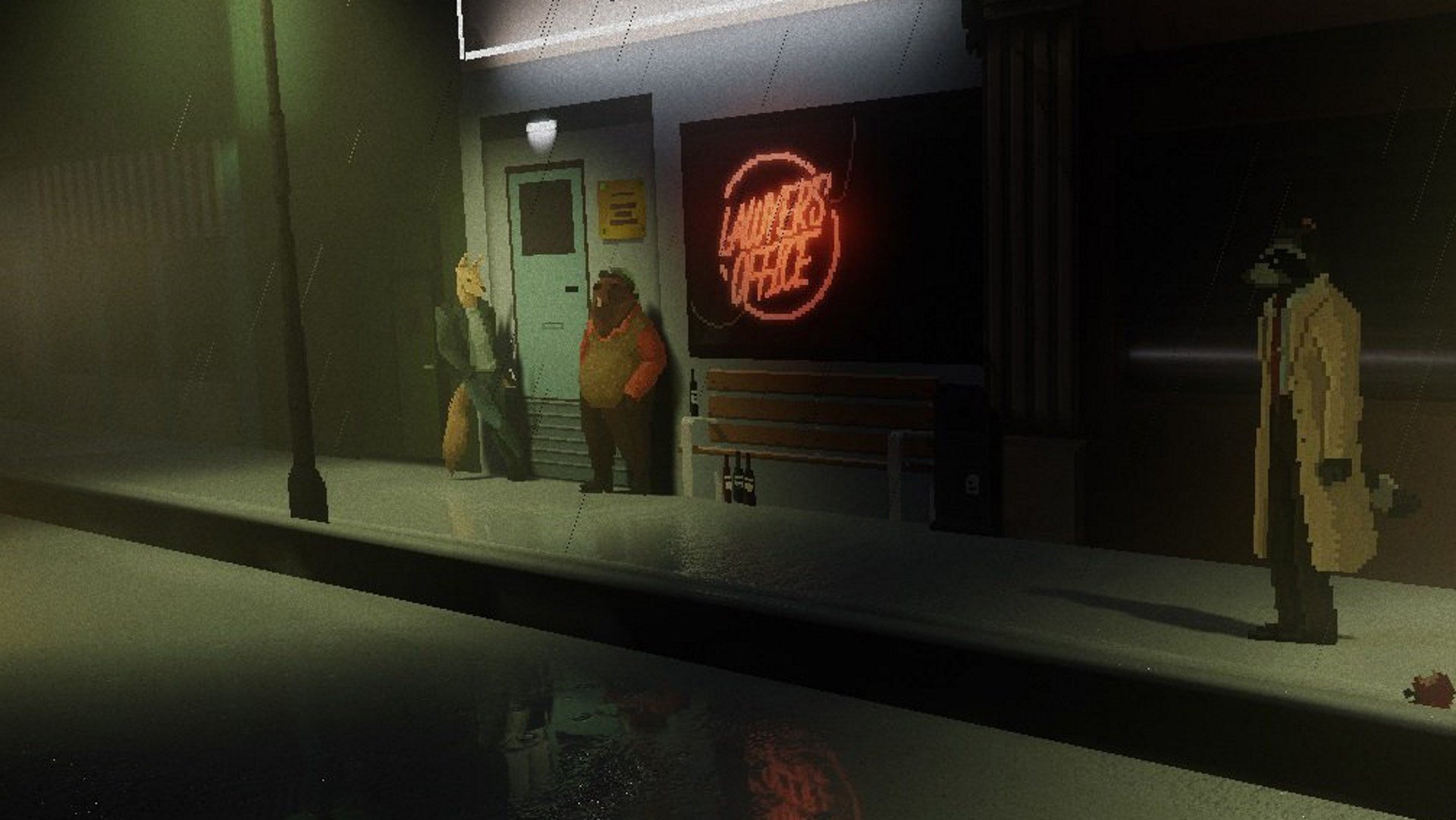 Every Saturday, studios and individuals the world over take to Twitter to share images and videos of their games in development as part of #ScreenshotSaturday. It’s a fantastic celebration of how widespread and varied game creation has become, not to mention a great way to keep an eye on upcoming gems or spot incredible artwork. Collected below are some of the coolest stills, gifs and videos from this weekend which we’ve gathered for your perusal pleasure. Ever wanted to try interplanetary golf? This week’s selection will help you finally achieve that goal.

Serious Sam 2 is one of our all-time favourite FPS games, and Project Warlock’s sandy pyramids and rampaging enemies can’t help but bring back a rush of adrenaline remembering countless hours spent kiting enemies with a shotgun. Warlock won’t see you pursued by skeleton horsemen and headless bombers, however, looking to take a more serious tone with a great deal of influence from the original Doom, too.

From the looks of early gameplay, all manner of demonic beasts are out to stop our gun-toting warlock, from Oyster-shaped beholders to grotesquely swollen monsters, sagging with flesh. Developer Buckshot says the game is only in Alpha so far, but even without the final touches, the weapon sounds and impact animations are already meatily satisfying. Project Warlock looks to be progressing well, and Buckshot Software is currently aiming to release in spring this year.

Just the average train journey in this #cyberpunk world. (It's good to be working on this again!) #gamedev #indiedev #lowpoly #pixelart pic.twitter.com/zwFlF13560

Phew, after all that action it’s nice to simple let the world go by for a bit. Thankfully, indie dev Sinclair Strange has given us a beautiful opportunity to do so this week with his return to work on æterna. Building a cyberpunk city, Sinclair has done a superb job bringing the neon tower blocks to life in a low poly style. If you’ve ever been lucky enough to ride a train through Tokyo at night, the glow of the city will feel immediately familiar.

Sinclair Strange has already drawn attention for his award winning entry to Ludum Dare 37, a metroidvania game called Cancelled Refuge. Pushing you to the limit with repeated cycles of an increasingly difficult room, it’s available to download from the Ludum Dare site. Considering his work there, we’re already excited to see how the starkly different æterna will shape up.

If you’re into seedy goings on but cyberpunk isn’t quite your style, Backbone might be more your cup of tea. Set in a dystopian version of ‘50s Vancouver, Backbone is described as “a noir stealth adventure” in which you play a weathered racoon detective. The lighting is simply gorgeous, with street lights, storefronts and rain-slick reflections adding depth to the shot, and with the studio themself based in Vancouver, you can be sure they’ll do a great job of capturing the city’s spirit.

EggNut’s new site explains the vision behind the game, stating, “we decided that we want to create a socially significant piece of art that's going to have impact on future media, speak to us on a personal level, and, most importantly, the main character HAS TO BE a raccoon.”

EggNut is funding early development of the game from their own pocket, but are hoping to raise some funds through a Kickstarter campaign which should go live in April this year, so keep your eyes peeled.

What The Golf? - Tim Garbos

Aim for the moon!
Playing golf in space is hard.  #screenshotsaturday pic.twitter.com/FHJFaqlhgR

It’s important to set yourself lofty goals in life, and What The Golf? wants you to take it to the next level by shooting for the moon, or rather, from it. As with real life aims, golfing from the moon is far more difficult than you might hope, requiring you to navigate the gravitational fields of nearby planets. Even the basic two-planet scenario shown here looks tough to master, so we dread to think how tough adding multiple planets would make things.

More planets to golf and not any easier! #screenshotsaturday pic.twitter.com/RilFaiDxco

Oh no. Looks like developer Tim Garbos is already two steps ahead. Well, at least we no longer need to imagine what Mario Golf would have looked like in the Wii’s Galaxy games!

What The Golf? doesn’t just stop at planets however, asking you to get putting in all sorts of weird scenarios including knocking an egg onto a frying pan, or flinging a horse off a diving board. If this sort of insanity is exactly what you’re looking for, there’s a crowdfunding campaign going live in just two days time.

HYPE! In 5 days our crowdfunding campaign for WHAT THE GOLF? goes live. Last chance to get a sneak peek https://t.co/vz7fqOBE42 - it's a golf game for people who don't play golf. #gamedev #indiedev pic.twitter.com/9L5Phogrjm

Got permanent skid-marks working!  This has become one of my favourite features, you get a story of where cars have been, and where they drive. I'm forever thankful to the amazing @minionsart , this was possible thanks to your persistent damage post. #screenshotsaturday #gamedev pic.twitter.com/pBOp6yeD1l

If you’re anything like us, you probably wasted far too may hours back in the ‘90s playing round after round of Micro Machines, jostling for the top spot with your mates. Apex Racing League may apply a more realistic brush to its top down racing, but drifting round corners looks every bit as arcadey and fun as we remember from Codemasters’ old classic.

This week, designer and artist Alberto Mastretta is showing off a new visual addition of permanent skid marks that’ll darken the track as cars hurtle round each lap. It looks great in action, and comes with a nod of thanks to fellow indie dev MinionsArt (who you might have noted we featured back in January).

We like that while Apex Racing League gives the cars a more weighty feel for its realistic courses, it’s not taking itself too seriously. The test tracks from the developer show off some pretty funky environments with ramps and bumpy terrain to navigate, as well as a few different vehicles including a trailerless truck. We’d love to see some more outlandish options join the serious competitive tracks as the game progresses.

Apex Racing League plans to allow both gamepad and keyboard controls, and will support local multiplayer for 2-4 players. You can check out the website for more details.