A chance to level up in love. 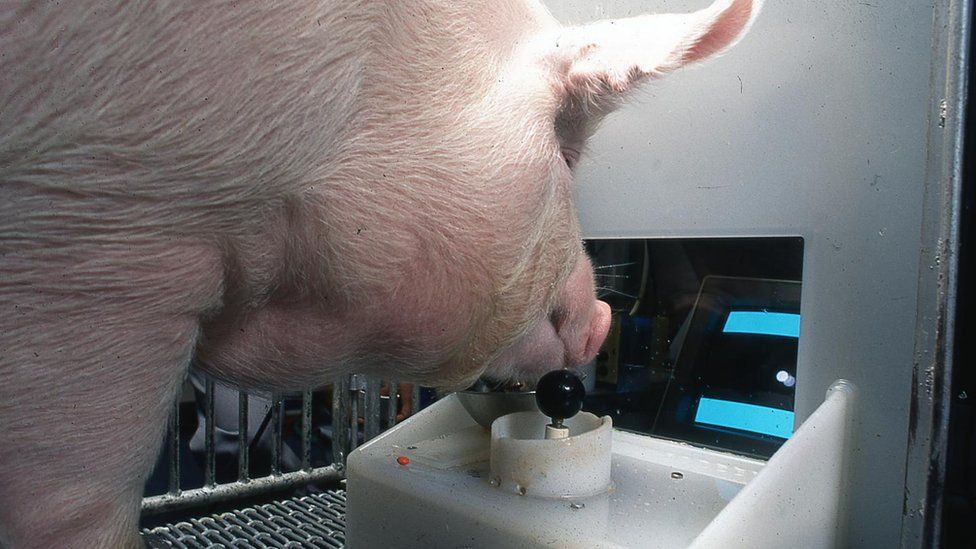 Scientists teach pigs to play games, they love it

Cxmmunity aims to improve minority participation in gaming and esports to bridge the digital divide.

Scientists have taught pigs to play video games and they love it so much they just keep doing it even without rewards.

Researchers at Pennsylvania State University taught four pigs to use a joystick to operate a video game in order to win food pellets, the BBC reports. The two Yorkshire barrows (Hamlet and Omelette) and two Panepinto micro pigs (Ebony and Ivory) became pretty good at a game where you steer an on-screen cursor into a wall. It's like a really rudimentary game of Snake but the goal is to constantly lose.

Each time the cursor hit the wall, in levels which contained various numbers of walls, they would receive a food pellet. However, even when the pellet dispenser broke, the pigs kept playing, enjoying the positive reinforcement of researchers who were watching how much they owned at the game.

The pigs used their snouts to operate a joystick, on account of not having any thumbs. But the study's designer, Dr Candace Croney of Purdue University, was still amazed at how well they took to playing, especially given pigs are naturally far-sighted and the screens were just inches from their faces during gameplay.

"That the pigs achieved the level of success they did on a task that was significantly outside their normal frame of reference in itself [is] remarkable, and indicative of their behavioral and cognitive flexibility," the paper's discussion begins. "Their high level of social motivation to perform the task was also noteworthy."

Of the pigs, the Yorkshire barrows were both only successful about half the time they played, but the Panepinto micro pigs had some more significant Elo ranking discrepancies. Ivory managed to hit single wall targets 76% of the time, while Ebony could only manage a successful hit 34% of the time. Letting the team down, there, porkchop.

You can read the full paper, discussing the results of this experiment with pigs playing games, and what it could mean for their intelligence and social capacity, in the journal Frontiers.