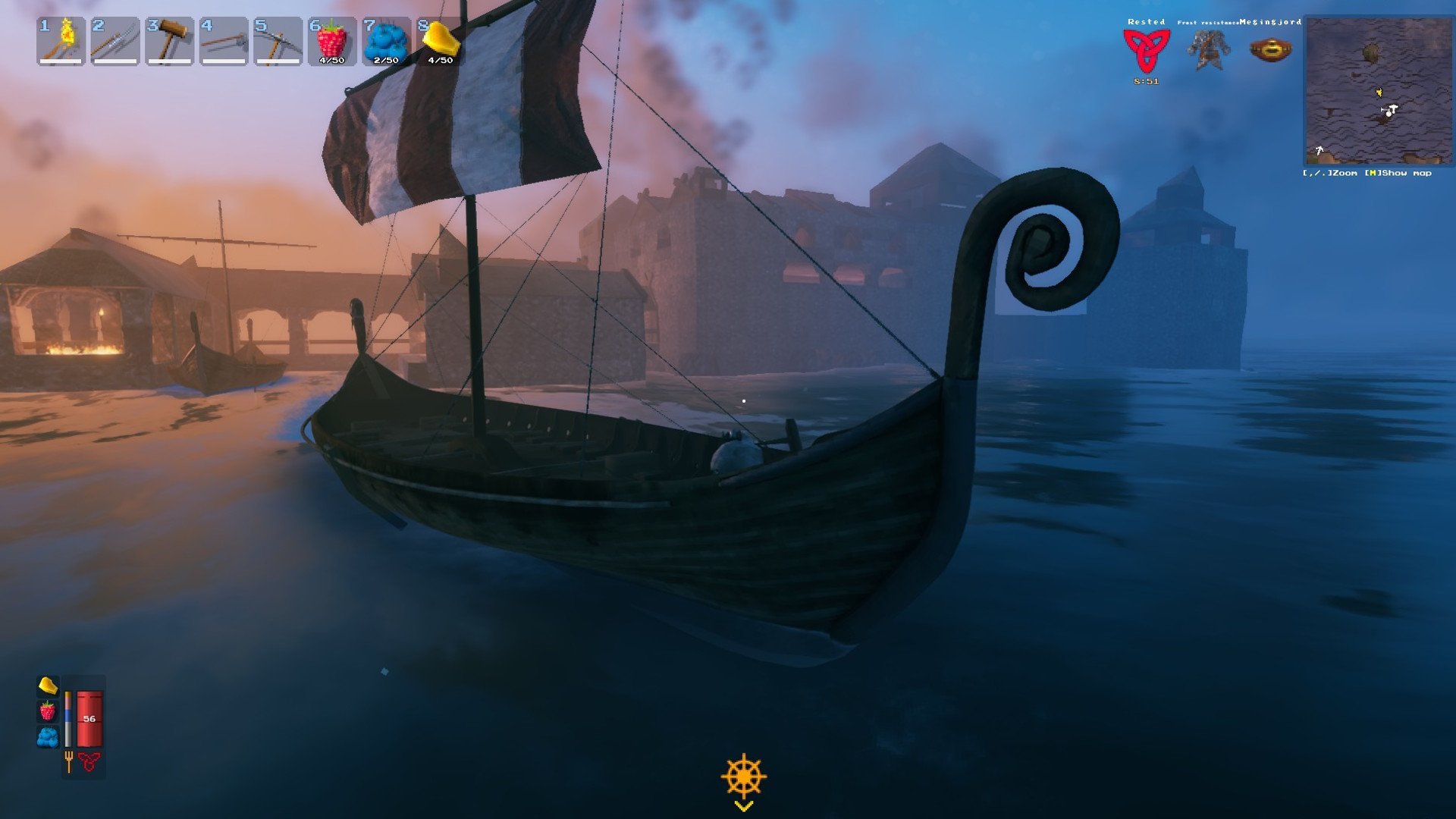 A chance to level up in love.

So you’ve been on a crafting binge again and need to destroy the items you’ve made? We’re not here to judge, but we can help. Destroying items in Valheim isn’t straightforward as there’s no explicit function in the game to remove them. However, players have already discovered a sneaky way to destroy items in Valheim with a little bit of work.

There’s no direct option to delete an item from your inventory. However, you can destroy items in Valheim in a few different ways. The fastest method to destroy items in Valheim is by dropping them in water. Anything placed into water will be instantly removed from the game, meaning it’s a good idea to set up camp near a body of water if you’re worried about overproducing goods that’ll fill up your inventory and space. Bear in mind that there’s no recovering items dropped in water. Once you destroy them, they’re gone for good.

Alternatively, you can also destroy items in Valheim by using the game’s built-in cheat codes. To do this, hit F5 to open the console menu. Enter “imacheater” to enable cheats, then type “removedrops” to destroy all items on the ground nearby to you. Make sure this isn’t done near anything you value, as it’ll delete the items for good. You can read a full list of Valheim’s cheat codes here.

Finally, you can destroy items simply by leaving them on the ground for long enough when you head off to travel. Dump items outside of your buildings and they’ll eventually disappear as you go off and explore elsewhere. This is the slowest way to destroy items in Valheim, but it’s also the simplest if you don’t mind a bit of a mess. Don’t forget, however, that you can also sell unwanted items, though carrying them to a merchant can often prove more effort than it’s worth.

That’s all we can teach you about how to destroy items in Valheim. If you’re just starting out, remember that you don’t need to craft multiple tools, as even when they wear down you should be able to repair them with ease at a workbench. Travel through the snow to our Valheim hub page if you’re after more tips and tricks to ease your time in the wilds.