Super Mario 3D World online multiplayer lets you play with up to 4 people, even if there's 2 players on the same Switch. 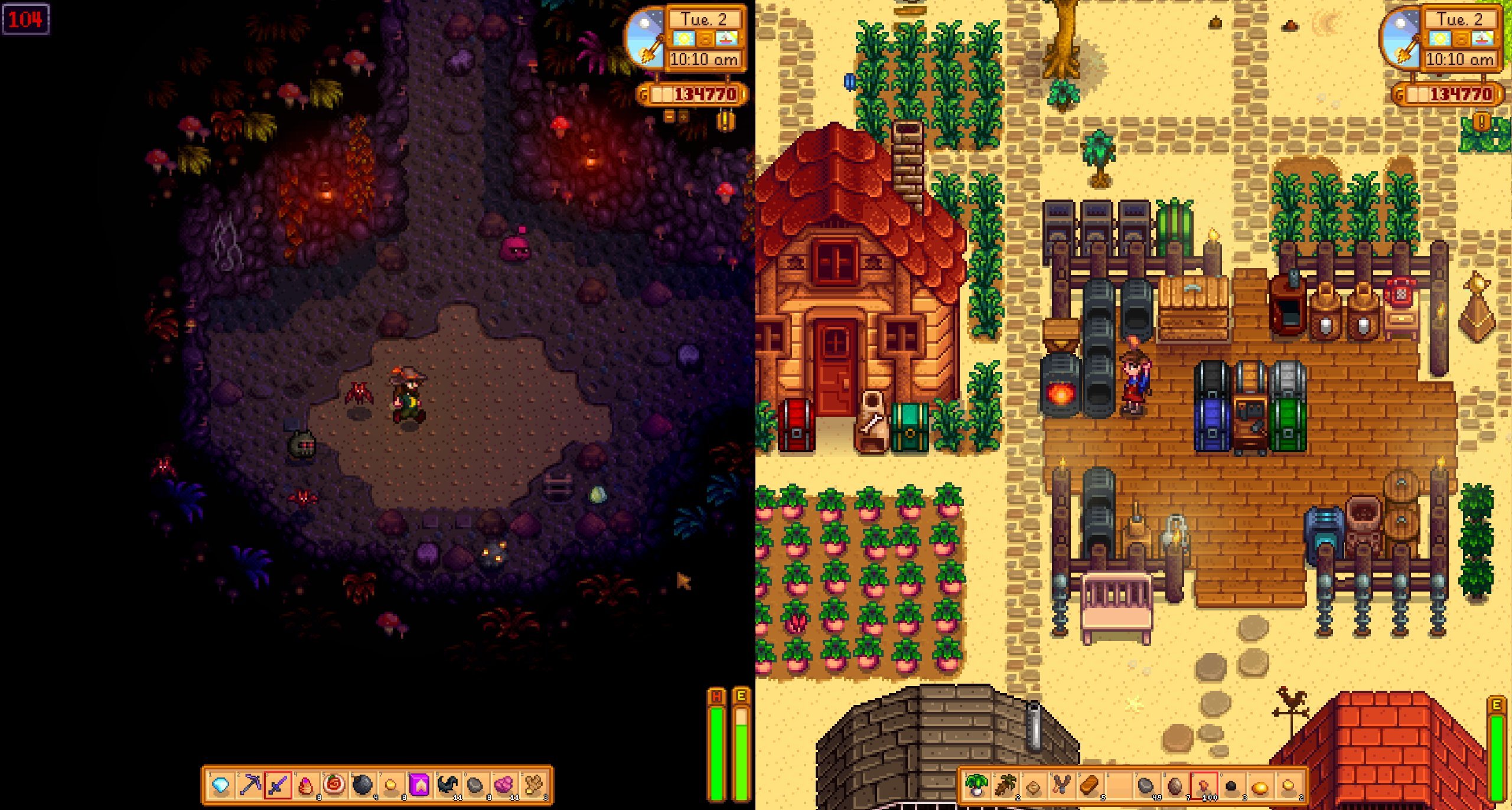 Learn the unconventional methods to destroy or delete unwanted items in Valheim.

The big Stardew Valley update dropped in December for PC players, bringing with it a new farm layout, home renovations, new events throughout the year, fresh music, and the much-sought-after addition of local split-screen play.

So if you’re craving an escape to the countryside, now is a great time to return to your farm or start a new one altogether in Stardew Valley on consoles. Originally released in February 2016 for PC, Stardew Valley sees you arrive in the countryside after inheriting a deceased relative's farm. Though the farm starts in a rather lackluster state, by working the the towns inhabitants and planting various crops the player can save up money to repair and improve their home and business. The game released later in 2016 for PlayStation 4 and Xbox One, then eventually jumped to Switch in October 2017.

Since Stardew’s launch, Barone has released several major updates including the addition of multiplayer in 2018. The creator reckons the recent 1.5 update was the biggest one yet to hit the chilled out farming title, however.

Stardew Valley is available on Nintendo Switch, PS4, Xbox One, and PC.