Poke Malone take to the stage. 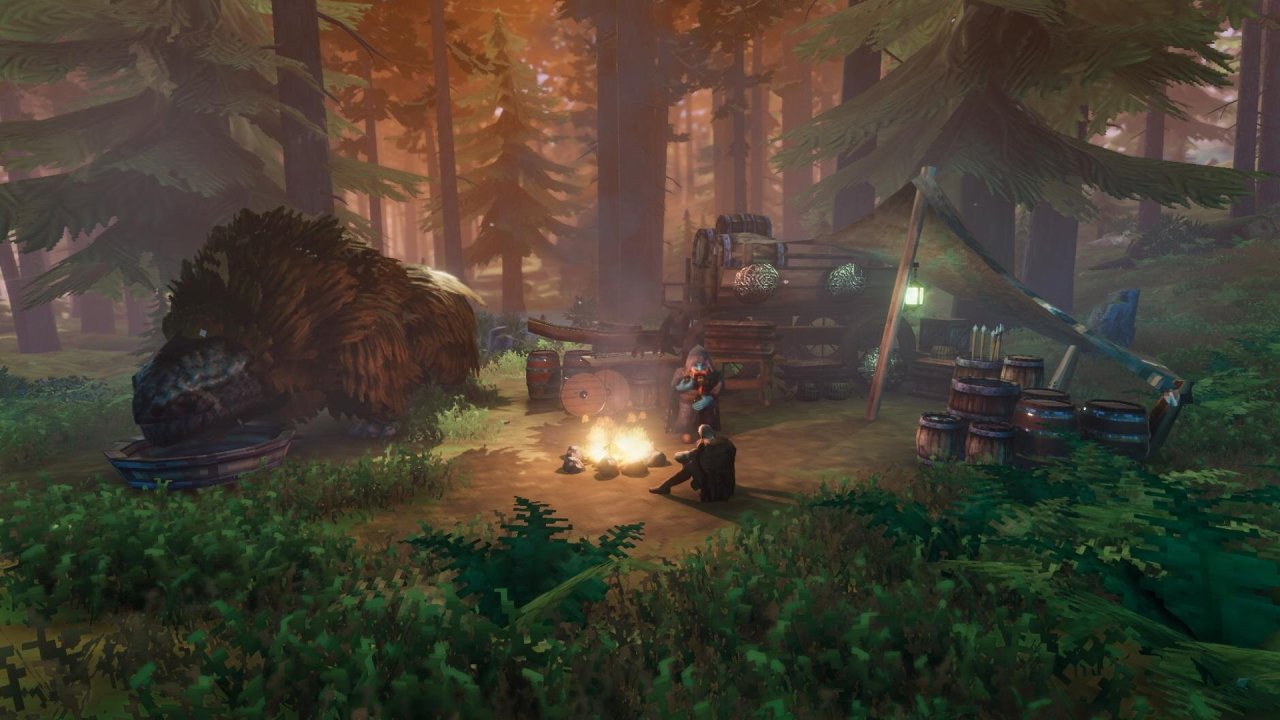 Super Mario 3D World online multiplayer lets you play with up to 4 people, even if there's 2 players on the same Switch.

Most of Valheim’s tools can be put together within the opening stages of exploration. Not so, the mighty pickaxe. There are several different Valheim Pickaxes available, but to unlock them and begin mining ores you’ll need to conquer some scary challenges first. In this guide we’ll explain how to unlock pickaxes in Valheim, as well as teaching you all the different pickaxe types available.

How to unlock the pickaxe in Valheim

The first Valheim pickaxe is the Antler Pickaxe. Getting it, however, requires taking on the game’s first boss. To unlock the pickaxe in Valheim you must defeat Eikthyr, the deer boss found using the Vegvisir rune by the Eikthyr trophy stone at your spawn point. Head to the location marked and sacrifice two deer trophies to summon the boss. Take him down and you’ll collect a Hard Antler required to unlock the pickaxe recipe in Valheim.

To craft the Antler Pickaxe you’ll need a workbench and the following ingredients:

The Antler Pickaxe will allow you to mine Copper and Tin, but there are much better pickaxes in Valheim once you know how to craft them. We’ve broken down all the Valheim pickaxes below so you can unlock and craft them as soon as possible.

How to unlock the Bronze Pickaxe in Valheim

To unlock the Bronze Pickaxe you’ll need the following ingredients:

Core Wood is simple enough but Bronze will require you to smelt Tin and Copper together. To craft a Smelter you need to grab five Surtling Cores from chests and Surtlings in Swamp Biomes, then smack them together with some stone. Use your Antler Pickaxe to mine some Copper, then smelt six Copper to craft a Forge. You can then use the forge to smelt Bronze out of Copper and Tin that you harvest using your Antler Pickaxe to unlock the Bronze Pickaxe recipe in Valheim.

How to unlock the Iron Pickaxe in Valheim

The next Valheim Pickaxe is iron. The Iron Pickaxe has increased durability and a faster mining rate than the Bronze, but it won’t unlock any new mining opportunities. Getting this one demands you collect more Core Wood and – you guessed it – iron:

To get Iron you’ll first need to upgrade your Forge by making a Forge Cooler from Fine Wood. Once you’ve upgraded that, head out and collect Scrap Iron from Muddy Scrap Piles with your previously crafted Bronze Pickaxe. Whack enough Scrap Iron in your Forge and you’ll get the required resources to unlock the Iron Pickaxe at your Valheim workbench.

Now that you know the Valheim Pickaxes and how to unlock the Antler, Bronze, and Iron versions, you can use this handy tool to mine resources or break down rocks. Just remember to repair your tools often to keep them in tip-top shape! For more Valheim guides, head to our hub page for the game.