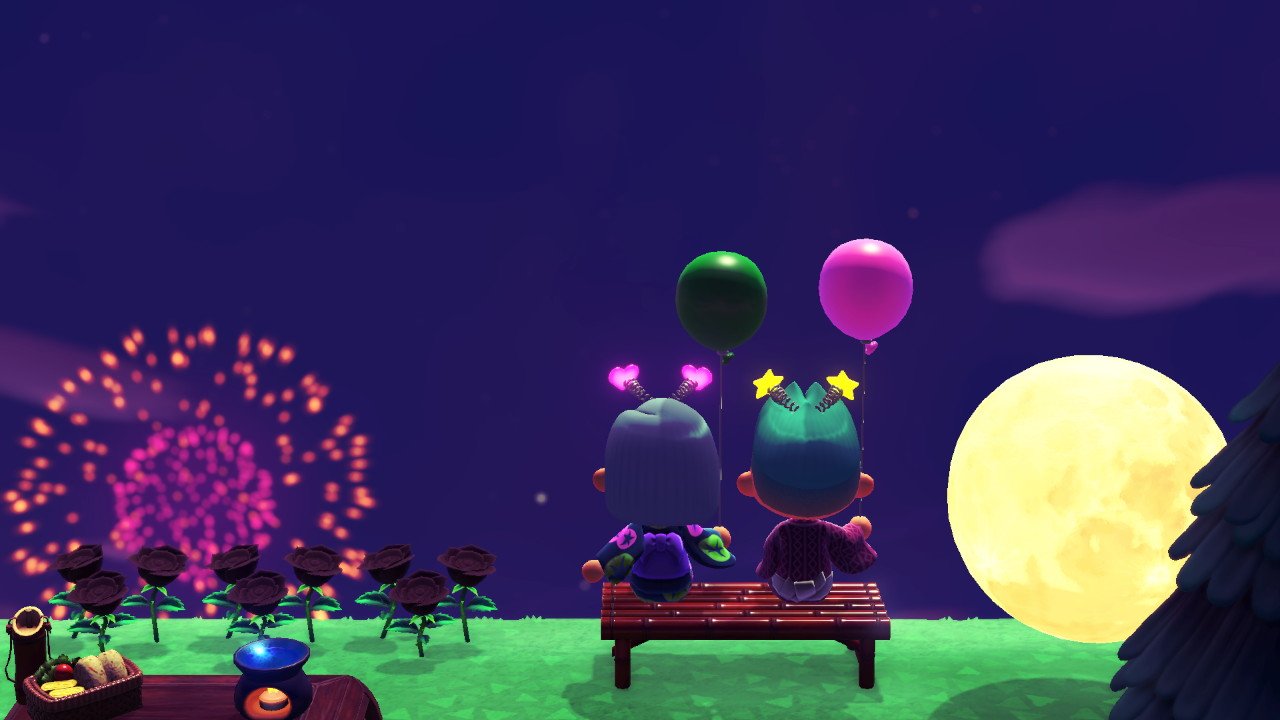 We’ll never forget our first time. Walking hand-in-hand, sneaking sidelong glances at one another, and coming together in beautiful unison to stab a dragon repeatedly in the face. So video game dates may be a little different to the traditional sort, but we’d argue there’s no better icebreaker than punching a goblin or two. If you’re looking to organize a virtual rendezvous for Valentine’s Day or any other occasion, these are our picks for the best video games to go on a date in.

The best video games to date in

Ahh, the classic museum date. There’s nothing like walking through stuffy corridors filled with ancient things to realize that the most appealing attraction is the living, breathing person beside you. Jokes aside, we adore museums, and Blathers’ grandiose abode in New Horizons is one of the most realistic video game interpretations we’ve ever oohed and aahed our way through.

Provided you’ve been diligent with your fossil and fish collections, you and your romantic partner can enjoy a glut of prehistoric beasts and deep-sea delights as your footsteps echo through the marble halls. If you take the time to dress up in advance and prepare a few island surprises, a new Horizons date is the perfect chance to really put in the effort for that special someone, especially if you’re unable to see them in person right now.

Elope together in Haven

Listen, we would run away with you, honest. It’s just that the airports are pretty much shut right now. And even if we could go, we’d probably have to quarantine at the other end. Thankfully, Haven protagonists Yu and Kay face no such mundane restrictions on their lives. Instead, they’re running from a seemingly omnipotent entity called the matchmaker which has decreed that they can’t be together. Actually, now that we think about it, our problems seem fairly tame by comparison.

Though most of your time in this co-op RPG is spent exploring an unknown world, it’s the interactions between the two leads that defines Haven. Yu and Kay’s relationship is impressively well written, and if that’s all you’re after then you can even choose to automate the simple combat entirely. Grab a copy of Haven and you won’t need to run away, because you'll be soaring through an alien sky together instead.

Go for a hike in Genshin Impact

Slow down there cowboy. We know you’re used to quick scopes and time trials but love isn’t a race. A leisurely walk together in the great outdoors is an iconic couples pastime for good reason. Unfortunately the wilderness isn’t exactly accessible to all of us, but Genshin Impact’s Liyue and Mondstadt regions are only a loading screen away. Accompanied by the game’s stellar soundtrack, the rolling green hills are a stunning environment to while away an hour or two together in conversation, though the more adventurous climbers can also take on the frosty challenge of Dragonspine.

At the time of writing, Genshin Impact is also hosting its annual Lantern Rites festival. Celebrating the Lunar New Year, it transforms the already beautiful Liyue Harbor into a shimmering sea of glowing lights. Head down once you’re done stretching the legs and you’ll find the festival alive with attractions and selfie opportunities to liven up an evening together.

Test your teamwork in Overcooked: All You Can Eat

Once all that lovey-dovey nonsense is out of the way, it’s time to forge the true foundation of any relationship: precise cooperation. In terms of video games, there’s no more fiery a furnace in which to smelt your unrefined skills than the kitchens of Overcooked. Think your relationship can go the distance? Prove it by earning three star rankings on each increasingly wacky level. Sushi is tough enough to make at home, but on a hot air balloon? That requires real zen.

Overcooked keeps the inputs simple, with one button to chop, fry, place, and combine food before dishing it up for the waiting customers. The challenge comes in the timing. You and your partner – or partners, Overcooked supports up to four-player co-op – will need to carefully orchestrate who’s in charge of food prep or washing and serving if you want to land those high scores. It’s intense, raucous, and often accompanied by an excess of expletives. But when it all clicks and you nail order after order in perfect succession? There’s no greater harmony a relationship can reach.

Survive horrors and deliver snark in Until Dawn

To cap off this list of love, we’ve combined two great relationship joys into one: going to see a horror movie, and quietly judging other peoples’ lives. Until Dawn’s cinematic story will deliver all the thrills and spooks required to get you holding each other tightly. Only here things are even more terrifying, because one missed QTE prompt can result in a lead actor having their script re-written to feature a worrying lack of a head attached to their body.

Better still, Until Dawn’s cast border on insufferably arrogant. This makes them prime targets for you and your partner to make snarky remarks about, picking favorites to keep alive and those who might face an “accidental” slip of the finger when monsters come calling. Sadly, the original Until Dawn is only playable in local co-op by trading a controller. But sequels Man of Medan and Little Hope from the Dark Pictures Anthology feature online multiplayer for those hoping to get scared together from afar.

Those were our picks for the best video games to go on a date in. Have you found virtual romance on other digital shores? Share your video game date suggestions in the comments below, and no, thirsting over Hades’s gods roster doesn’t count. If you’re ramping up to Valentine’s Day, you might also want to take a look at our roundup of in-game Valentine’s Events for 2020 before you decide where to spend your time together.