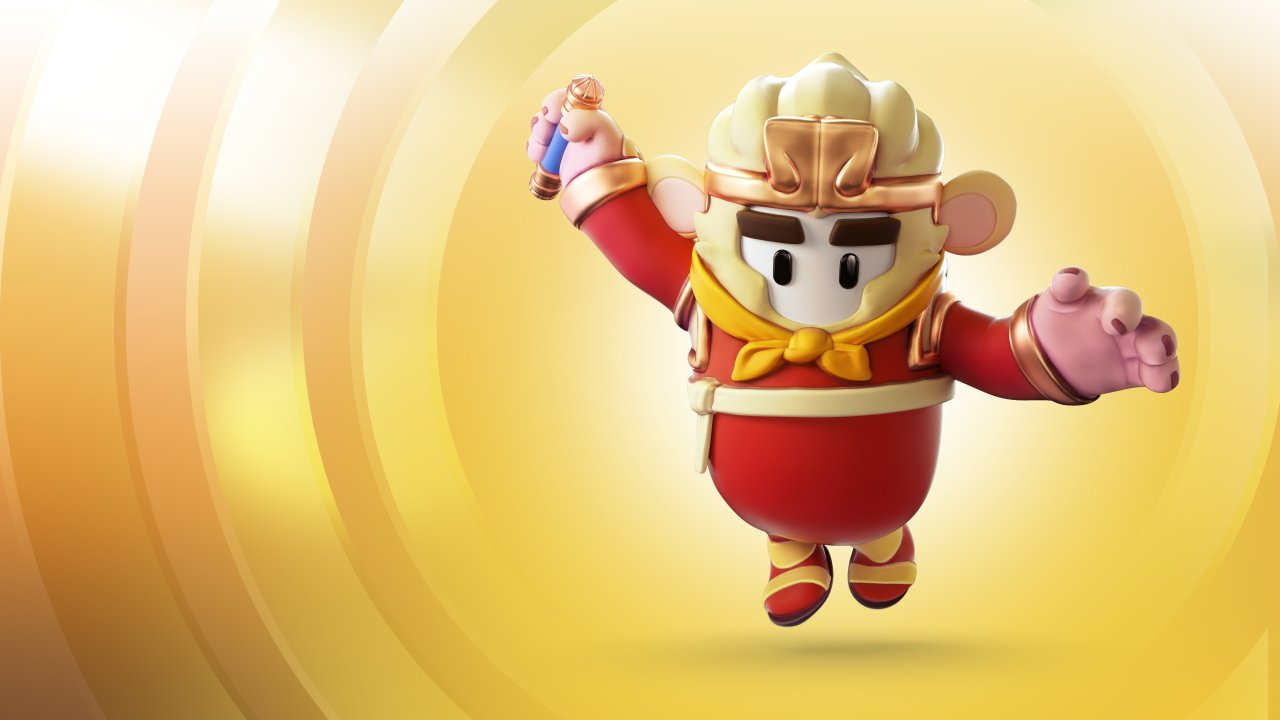 Poke Malone take to the stage.

Fall Guys players can now celebrate the Lunar New Year thanks to a free Monkey King skin gifted to all players.

Year of the Ox it may be, but only a monkey has the grace required to scale the likes of Slime Climb or Frosty Peak. The new red-and-yellow outfit was shown off on Twitter alongside an additional Lunar New Year outfit arriving in the store. The Simion Royalty outfit (shown below) will be available today in the store for the pricey cost of 5 crowns for the top and 5 crowns for the bottom.

The goods news for anyone who’s yet to pick up Fall Guys but wants to join in the party is that the Monkey Skin will be available for anyone who purchases and plays the game before February 13. In case you missed the phenomenon last year, Fall Guys sees up to 60 players scrambling across obstacle courses and competing in team-based games to survive knockout rounds. Each match lasts little more than 5 minutes, with the final surviving players earning eternal glory and one crown to spend in the game's store.

Fall Guys recently received its 3.5 mid-season update, adding over 40 variations to its levels as well as a new snow-ball survival stage. The game is available on PS4, PS5, and PC.

If you’re interested to see more games celebrate the Lunar New Year, we’ve put together a roundup showing what games like Overwatch, World of Warcraft, League of Legends and more are doing to celebrate the new year.