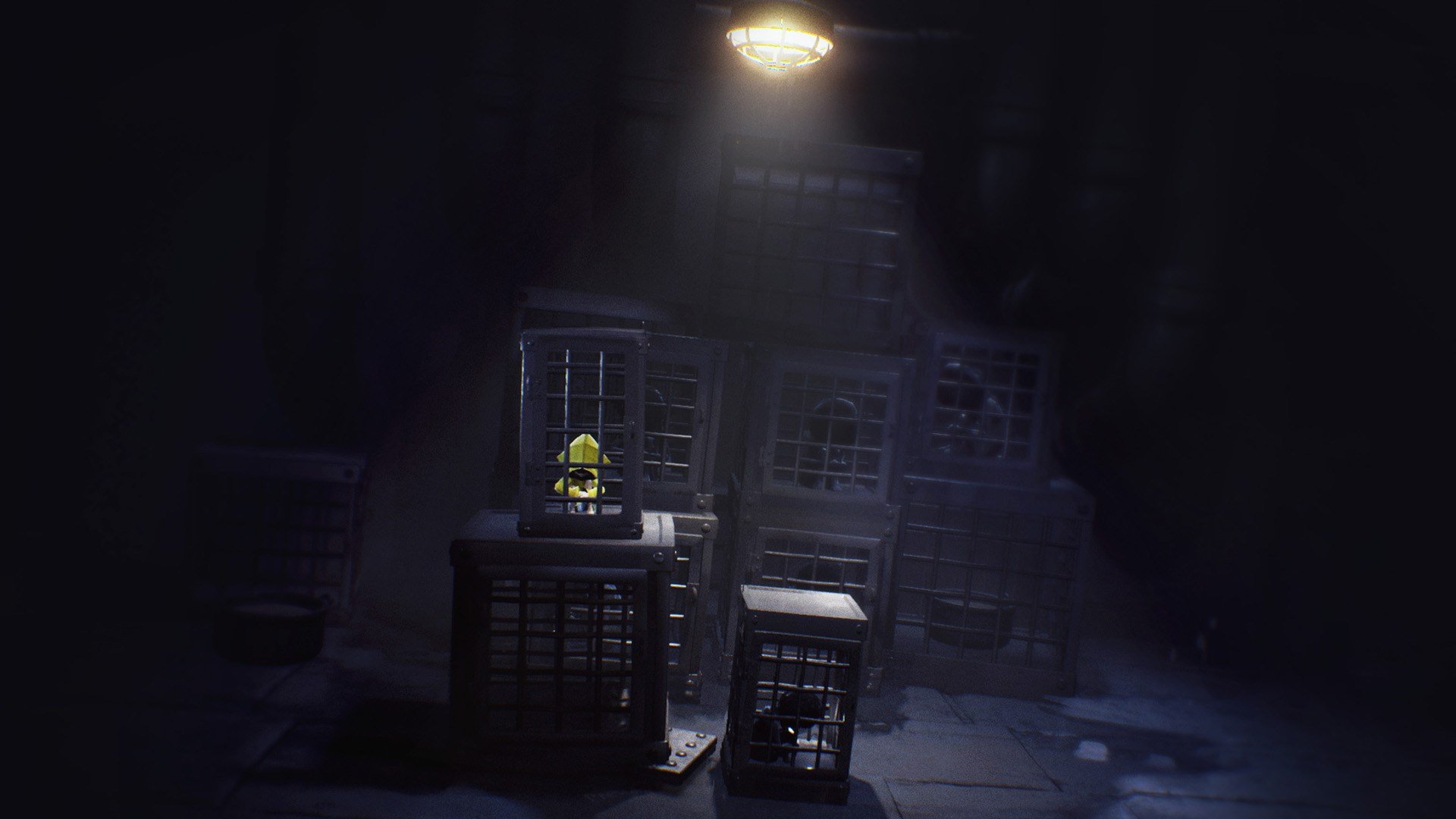 Planning to take on terrors afresh in Little Nightmares 2? Before you set out as Mono on a new yet no less harrowing adventure, you’d do well to remember everything that occurred with Six in the first game. Little Nightmares’ original protagonist plays an important role in the sequel, so to help those of us with dreadful memories or who missed out on Six’s journey, we’ve put together a quick story recap to read before you start Little Nightmares 2.

A quick word of warning, given this is a story recap, we’ll be diving almost immediately into spoilers for Little Nightmares. We won’t touch upon Little Nightmares 2’s secrets, so don’t fret about ruining the new game for yourself. Comfortable? Let's get you less so by diving into the horrible story of the original game.

The original Little Nightmares sees players don the bright yellow raincoat of Six, a small child trapped aboard a floating vessel called The Maw. With her surroundings housing hideous monstrosities, Six’s only goal is to escape. The player, however, might be keen to learn a little more about The Maw’s purpose and inhabitants as they travel through it.

The lower levels of the Maw are a prison, housing small children who appear to have been stolen and locked up on it. Why? The answer, regrettably, is cannibalism. The Maw serves as a macabre food venue. After the children have been grown and fattened up, The Twin Chefs encountered during the game kill and butcher them. The bodies are served as food to the grotesque and gluttonous guests which inhabit the vessel’s dining hall.

Six isn’t much like the other kidnapped children though and after several bouts of extreme hunger during the game, she learns that she can consume others to claim their powers as her own. Unfortunately this comes at the cost of Little Nightmares DLC character, the Runaway Kid. After being transformed into a faceless Nome – tiny inhabitants encountered throughout The Maw – Runaway Kid is killed and devoured by Six at an unpleasant turning point in the story.

While it’s not explicitly stated, the reason behind Six’s powers appears to be that she is the daughter of The Lady – Little Nightmares’ supernatural final boss and the manager of The Maw. Pictures of Six and matching yellow raincoats are found throughout The Lady’s rooms, indicating that she’s a direct relation.

Rather than a happy mother-daughter reunion, Little Nightmares ends with Six consuming The Lady and claiming her power. As she leaves the raft, Six walks past the many guests in the Dining hall, literally sucking the life out of them from afar. It’s a grim ending but one that only leaves us wondering further what Six is up to when encountered by new protagonist Mono.

No longer on the seas, Mono is exploring a place known as the Pale City. He’ll need to team up with Six at several points in the story, but can she really be trusted? We’ll leave that up to you to decide. For a full, step-by-step journey through the story of Little Nightmares, head over to our full story and ending feature.

Little Nightmares is available February 11 on PC, Xbox One, PS4, and Nintendo Switch. A PS5 and Xbox Series X/S release is expected later in 2021.