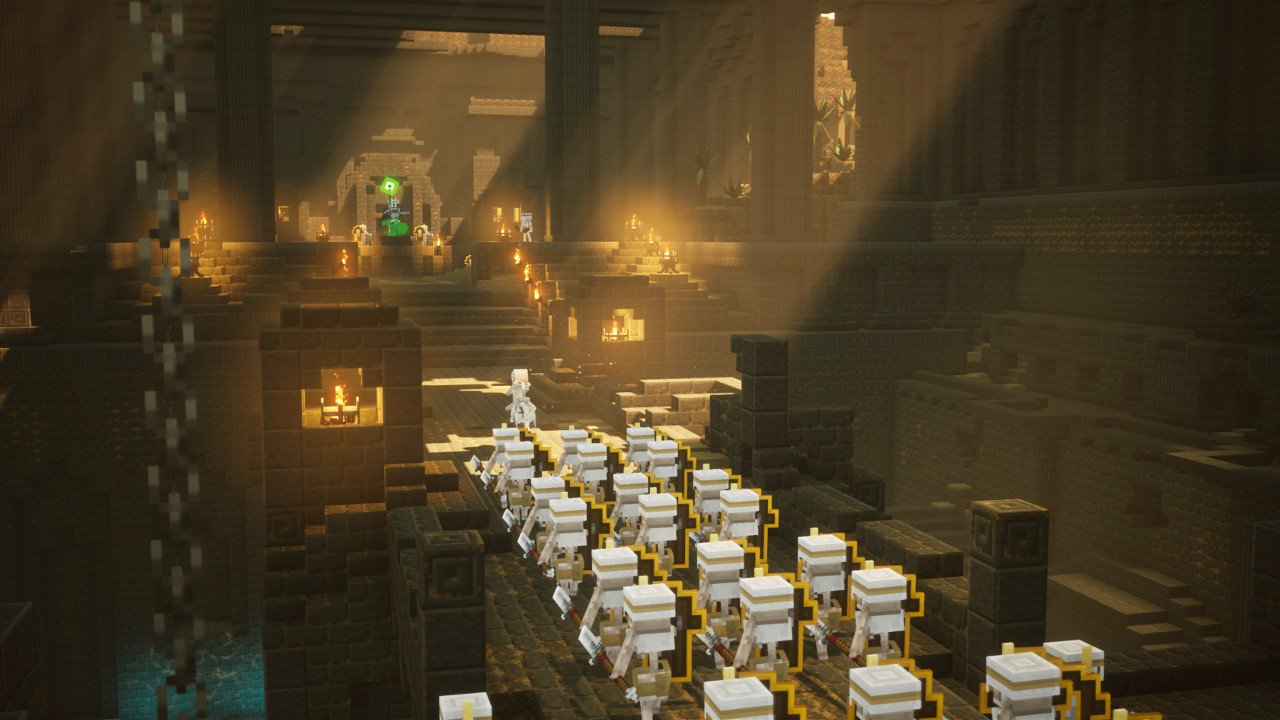 The release window sticks but the name might not.

The allure of a block-based world is just too much to resist it would seem, even without the crafting. The big number was announced through a blog post on the Minecraft website last night. With just eight months having passed since the game was released, the figure is far ahead of developer Mojang’s own expectations. Those 10 million players are spread across all platforms, including Nintendo Switch, Xbox One, Xbox Series X/S, PS4, and PC.

Along with the total player count, the post highlighted a few figures to show what the community has been up to since the game’s release in May last year. That pesky Arch-Illager boss? He’s already pushing towards a humbling six million defeats at the hands of the playerbase. The Redstone Monstrosity fared even worse, having fallen more than seven million times (from a total of 19 million attempts).

“To celebrate reaching this monumental milestone, we're releasing a new cape and a pet for our players,” the blog post reads. “It’s a small way to say thank you for being the best community out there (and saving the Overworld over and over again).”

Any Minecraft Dungeons players will be able to find the celebratory items in their inventory from February 24, arriving with a free update to the game.

Dropping the sandbox crafting in favor of an action-heavy approach, Minecraft Dungeons takes players on a cooperative Diablo-esque exploration of procedural dungeons. Equipping different weapons and levelling up their heroes, players battle against skeletons and monsters as they push further into the depths. If you're interested in trying to push that playerbase up to 11 million, you'll want to check out our guide for how to unlock the game's secret levels before you set out.