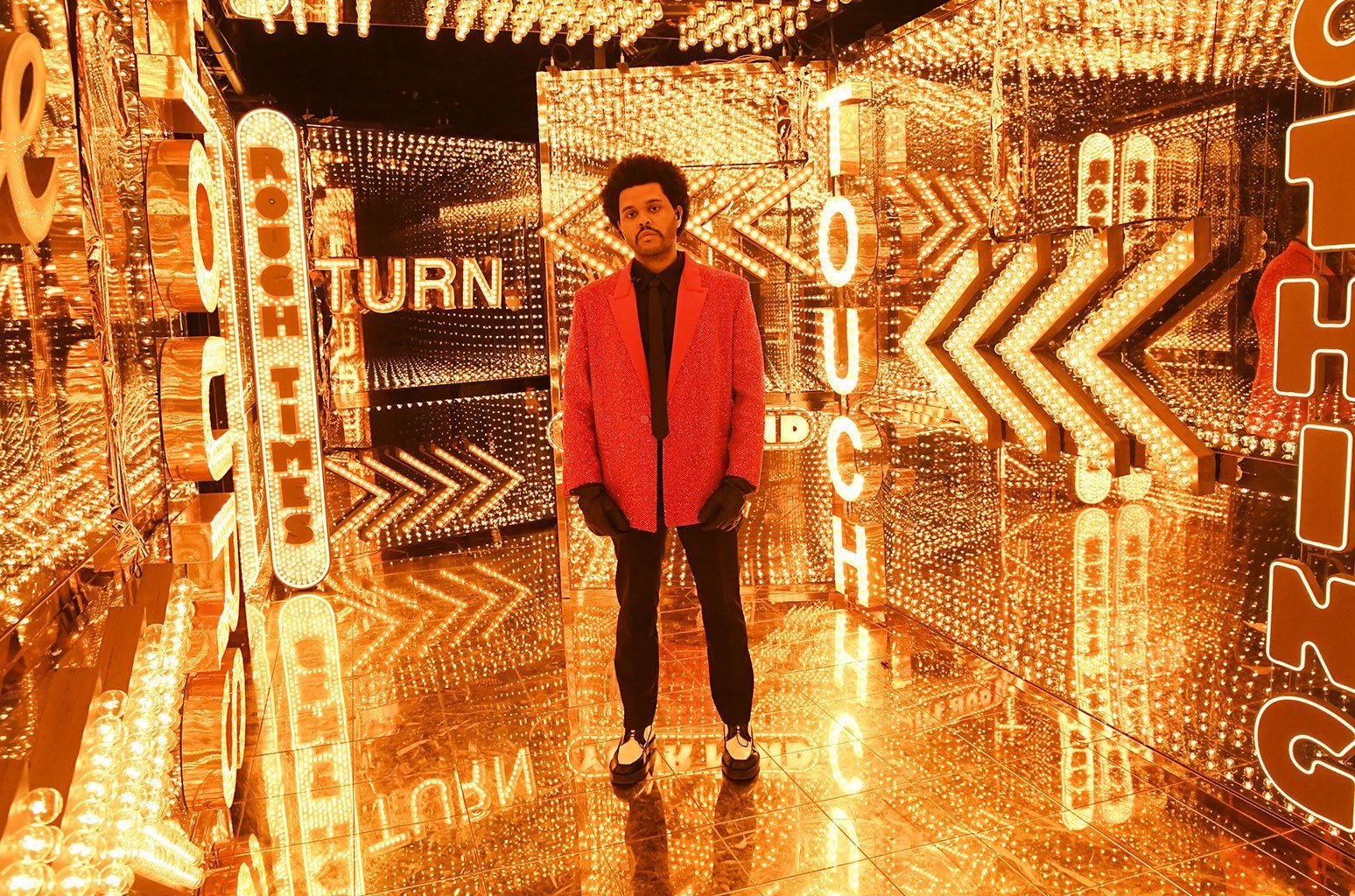 Super Bowl 45 has been and gone with the Buccaneers running away with it against the Chiefs in the end, but as with most years the most enduring memories have come from the memes in between the plays.

Accomplished Canadian crooner The Weeknd headlined the half-time show this year, and at one point of the slick stage production appeared desperate to escape from a bulb-encrusted mirrored hallway of his own design, capturing the feeling of a nation in a neat three-second clip.

While most people have attached a cursory caption to the clip to represent their own feelings, our kudos go out to the real gamers who have gone the extra mile for the meme. Here are the best gaming memes of The Weeknd getting lost at the Super Bowl.

Trying not to die to global spells like pic.twitter.com/ZUBMUwuo1U

One of the most recurrent themes of the gaming memes we've seen capitalize on the feeling of sheer terror that appears to fill Mr Weeknd (real name Abel Tesfaye, but Mr Weeknd to us) as he scrambles for a way out. It's the same fear that spreads across the face of any squishy support in a MOBA, escaping from a fight with low health when someone on the other team has a long-range ultimate. There was more juking in that well-lit corridor at half-time than the entire third quarter (heyyooo).

Trying to figure out what that switch did pic.twitter.com/1Vp0h8Qffy

Old-school FPS games were often just labyrinths with guns, none moreso than the DOOM-clone-with-wizards Hexen. Hitting a lever and then spending the next 15 minutes backtracking and playing a game of spot the difference but with only your memory as a reference photo is a staple of retro PC gaming. An experience that Mr Weeknd looks to be well aware of.

We've played through Persona 5 and Persona 5 Royal and we still couldn't tell you which set of stairs you need to go up to find the Ginza Line. Is it the JR gate near the square? No that's the Yamanote line to Shinjuku, or is it back towards the gate for Yongen? Look, when the game is literally modelling itself after one of the world's busiest rail hubs (with pretty good accuracy) then it's not our fault if we get lost the one time we have to actually go through it on foot.

Ultima (the creator of the Persona 5 edit) has also outdone themselves with this much-requested Mario 64 one. The intense anxiety of those endless stairs, heightened by the constantly escalating Shepard scale, the frantic attempts to longjump up them not knowing if they'll ever actually end. It's all there, etched on Mr Weeknd's memeworthy face.

Lately we've been seeing a few gifs of Ian MacLarty's Catacombs of Solaris Revisited, an update of the 2016 art game that turns pieces of art into 3-dimensional labyrinths to be explored. Of course, this is the perfect piece of art to enter into the labyrinth, something the remake will allow users to do with their own images. It adds that extra dimension to getting lost on the way to your stage during the Super Bowl half-time show.