These papercraft Fortnite masks will help terrify your Valentine 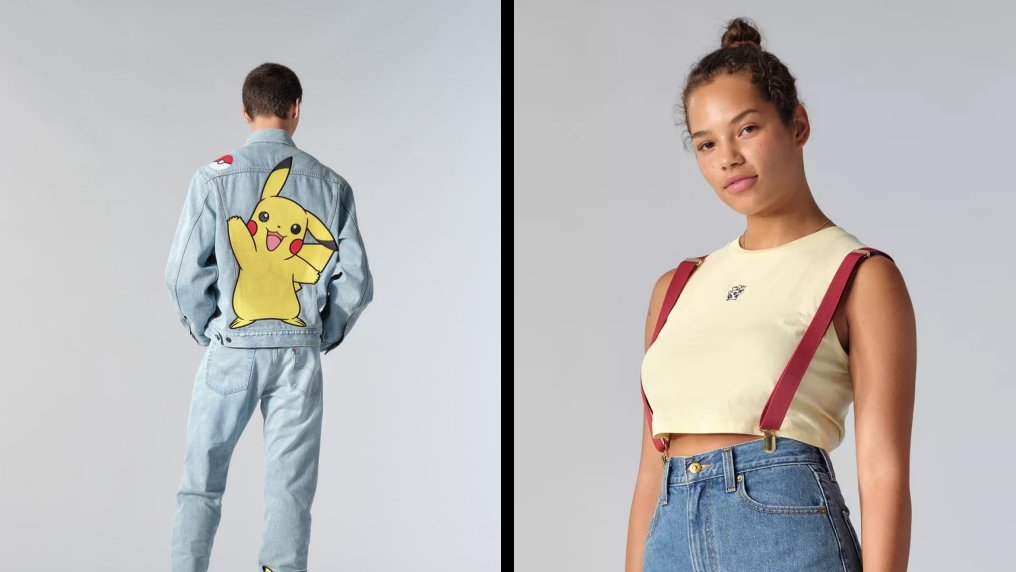 As part of Pokemon’s 25th anniversary celebrations, the iconic gaming series has teamed up with clothing brand Levi Strauss & Co. to offer an exclusive range of pocket-monster-themed attire.

Along with some pleasing jumpers, hoodies, and t-shirts displaying Pokemon like Snorlax and Gengar, the collection also includes some more, er, unusual choices.

A Misty-based design includes a combo of high-waisted denim shorts, suspenders, and a yellow top with a Togepi sat on the front. It’s hardly the most inspired look but serves as a high quality cosplay for fans of the old-school cartoon character. And with prices reaching up to $148, you can be sure everyone will know you’re a Poke-fan with cash to splash. Bolder is the Pikachu-themed, denim-jacket-and-pants pairing which slap the famous mascot cheerfully on your back and legs, along with a lightning bolt down one arm.

And if you’re a Pokemon lover who truly, desperately must make sure everyone around you knows it, there’s also a garish garden-green denim jacket and pants combo. Covered in a selection of popular critters from the series, the outfit is certain to draw eyes, presumably followed by an unpleasant gag reflex. Thankfully the full lineup does include some more tasteful options such as an Ash Ketchum hat, Pikachu beanie, Jigglypuff socks, and a Levi’s logo T-Shirt featuring a cute snoozing Pikachu.

Pokemon’s 25th anniversary celebrations extend far beyond clothing collaborations. The Pokemon Company has already announced a special P25 music playlist headlined by Katy Perry. Partnerships with a whole host of toy manufacturing companies like Funko and Mattel are also on the way, with further events due to be revealed throughout the year. Nintendo has been on a roll with partnerships lately, including a Super Mario and Animal Crossing collab with Black Milk, Fire Emblem: Three Houses designs for SuperGroupies, and an Animal Crossing: New Horizons make-up collab with ColourPop.

If the overwhelming return of denim in the Levi’s x Pokemon collboration has you eager to catch all the attire on offer, you’ll need to wait a bit for the collection to go live. The full set goes on sale February 15 in the United States, available in store and via the Levi’s website.