A fine excuse for a weekend of gaming. 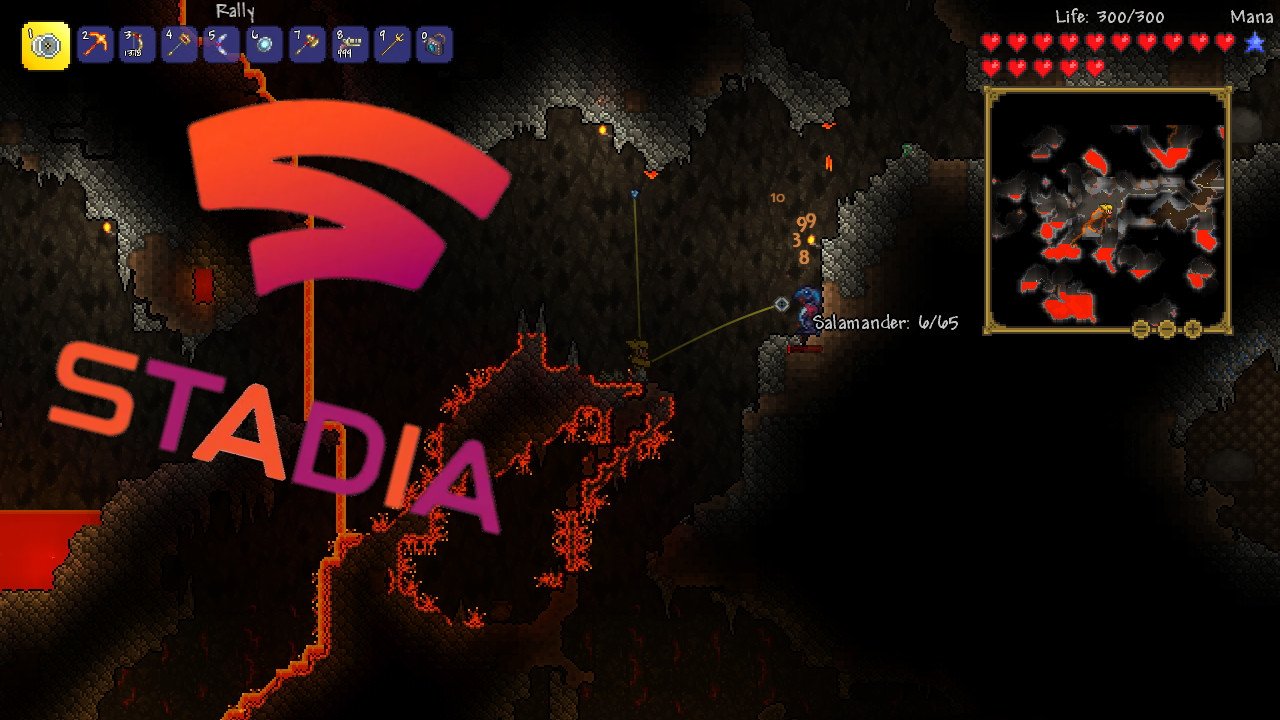 Which game makes you feel like you're stuck in a hall of mirrors?

Terraria developer Andrew Spinks has apparently canned Terraria’s Google Stadia release after being locked out from a Google account.

As Google Stadia is looking less stable than ever, the new platform's woes keep on coming. Just a week after the tech giant announced that it was closing its in-house development studio, Google has taken another hit to its streaming-based gaming platform.

Yesterday, the Terraria designer took to Twitter to vent frustrations with Google’s online service. Claiming that his account had been disabled for over three weeks, Spinks complained that he’d had no success recovering access, saying: “I still have no idea why, and after using every resource I have to get this resolved you have done nothing but given me the runaround.”

I absolutely have not done anything to violate your terms of service, so I can take this no other way than you deciding to burn this bridge. Consider it burned. #Terraria for @GoogleStadia is canceled. My company will no longer support any of your platforms moving forward.

The multiple-tweet thread notes how the account loss had affected more than just development, even including a Gmail address of over 15 years. Seemingly reaching his wit’s end, Spinks declared that his partnership with Stadia was officially over.

“I absolutely have not done anything to violate your terms of service, so I can take this no other way than you deciding to burn this bridge,” a tweet in the thread reads. “Consider it burned. Terraria for GoogleStadia is canceled. My company will no longer support any of your platforms moving forward.”

Originally released on PC in 2011, Terraria's pixel-art mining, crafting, and exploration might not seem like the biggest addition planned for Stadia. But with more than 30 million copies sold, the game has proven its appeal across a range of platforms already. News of the disgruntled developer is yet another blow to a platform that in many eyes is already struggling to draw buyers, games, and interest. It also sends a poor signal to other indie developers who may have been eyeing Stadia as a place to build traction in a less-crowded market.

“I will not be involved with a corporation that values their customers and partners so little,” the thread concluded. “Doing business with you is a liability.”