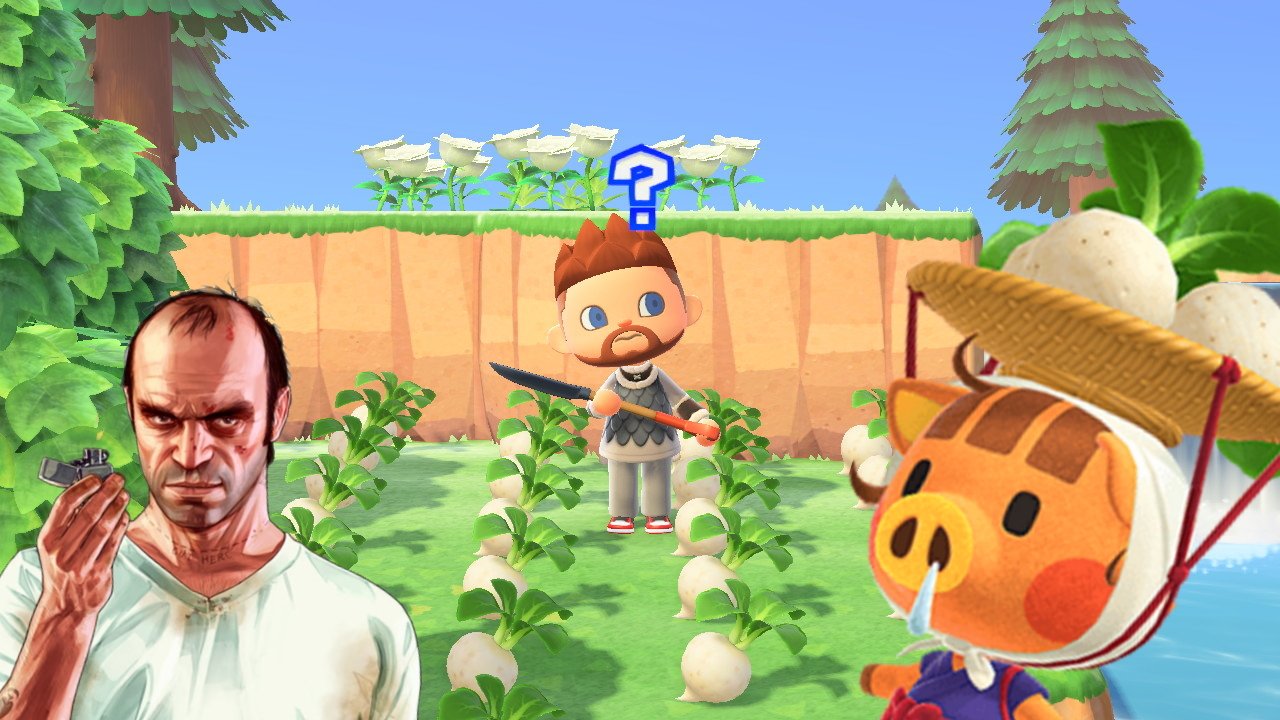 How to (safely) play the stock market in video games

Sorry pal, but you probably can’t get rich quick in reality. If, like us, you’ve been watching the Reddit vs Wall Street GameStop stocks affair unfold with a mixture of excitement and baffled lack of understanding, you might be wondering how to get in on the action. The bad news is that unless you’ve got money that you’re more than willing to lose, you probably shouldn’t get involved in stocks for real. The good news? Video games, as ever, have the solution. Instead of risking your actual cash in a volatile arena designed to gobble you up, here are 5 video game stock markets that’ll let you game the system for massive profits or lose it all in a gigantic, turnip-based travesty.

We couldn’t start anywhere else really, could we? Memes about Animal Crossing’s Stalk Market have risen so explosively these last few weeks that they were only outpaced by GameStop’s actual stock value. In case you’re out of the loop regarding Nintendo’s inside trading training simulator, here’s the general gist:

Every Sunday morning, Daisy Mae arrives on players’ islands to sell turnips at a price of 90-110 Bells per batch of ten. Players are free to buy as many as they like, meaning some invest millions of Bells in the hopes of turning a profit. For the rest of the week, the island’s general store, Nook’s Cranny, will offer a new selling price for turnips every morning and afternoon. There’s no guarantee that the selling price on your island will outweigh the cost you paid, but occasionally you can turn a massive profit.

Now here’s where players can game the system: Each island’s Turnip prices are unique but follow set patterns. Smart players have already created prediction algorithms such as Stalks.io that’ll determine when your best shot of a high price is. If that fails, you can also head to communities like the ACTurnips subreddit to cash in on the islands of other generous souls. Generosity and compassion in the market? It could only happen in the Animal Crossing community. It might feel like cheating but don’t worry, no degree of tipping the odds will put Tom Nook’s hedge fund out of business.

Looking for a sure way to see stocks rise or fall? Assassination will do the trick. Not a decent or sensible thing to arrange in the real world, sure. But Rockstar’s Grand Theft Auto series has never been held back by such simple concerns as moral boundaries. Romp through GTA 5’s story far enough for for unscrupulous NPC Lester to invite you on a hotel assassination mission and you’ll open up a world of money-making mischief.

Essentially, Lester will arrange for you to take out corporation leaders, boosting the value of their rival’s stocks. All you need to do is invest all of your money in the correct LCN or BAWSAQ businesses after accepting a mission. Take out the target, and their rival’s stocks are guaranteed to skyrocket after a certain delay. LCN peaks 24 hours after the assassination, while BAWSAQ maximizes immediately.

Sell your stock at a high, and you can then invest in the dirt cheap options of the opposite side to make even more money when their value rises again. Is it fair to play both sides? No, but neither is life in Los Santos. Best of all, you can always save and reload if you miss that all-important peak price. Now if only we could figure out how to do that in real life…

We had it on good authority that space was the one place uncorrupted by capitalism. Yet here we are, trading goods and disrupting the market on Mars. Red Alert’s Cherdenko would almost certainly be disappointed, but at least we’re having a hell of a time.

Designed by Civilisation 4 lead designer Soren Johnson, Offworld Trading Company sees rival corporations settling on the red planet. By manufacturing and trading goods, the players control the market, forcing the value of each commodity up and down based on supply and demand. This being the free market and all, corruption lies at the heart of it all. Sure, you could try to outwit your opponent with careful sales plans and logistics. Or, you could hire pirates from the black market to rob your rivals blind, all while you share a glass with them and extend your sympathies.

Offworld Trading Company’s market is a genius inclusion, but it makes winning far from easy. Play it with your friends, though, and the not-quite-literal cutthroat betrayals required will almost certainly serve you well should you ever decide to take on the real market.

The Fable series was rife with opportunities to become a robber baron/disaster capitalist. Owing to Peter Molyneux's absurd ambition to have a game where everything changes as you grow older and influence the world around you, there are rudimentary economies in almost all of the Fable games. In the original Fable you can play as a commodity trader, buying diamonds from developed markets such as the city of Bowerstone and then heading out to rural Oakvale where they've barely ever seen a gem and making a killing from those hayseed rubes.

In Fable 2, you could go even further by purchasing real estate and shops. Once you owned a shop you could purchase stock at 39% off discount mates rates, only to sell the shop immediately and profit from the suddenly increased buyback prices giving you a rough 40% margin on each trade. Tendies for days.

Fable 3's shop exploitation requires some more effort, as you must befriend traders to get the good deals on items that the pawnbroker is currently short on. This is probably the closest approximation of Wall Street in a game, replicating the need to network and pay attention to market trends.

It wasn't Animal Crossing. Despite what the memes might tell you, the real training ground for today's independent gaming investors was far from Nintendo's sunny shores. Back in 2010, Valve's beloved team shooter Team Fortress 2 received an unexpected update. One which opened up an entirely new way to play. The Mann-Conomy patch of September 30 introduced a slew of community-created items to the game and, alongside them, a new Steam Wallet and item trading system.

For most, it was a nice chance to buy or sell a few in-game skins for a cheap price. But for some, it oppened the doors to a world of money-making opportunities. It wasn't long before an unnoficial currency of TF2's Mann Co. Supply Crate Keys emerged, with players trading items and keys by bartering with regular players to build up impressive banks of Steam Wallet cash or rarer items like the Left 4 Dead 2 Bill's Hat pre-order. It was a weird time which led to lengtthy breakdowns for perplexed players just looking to just, y'know, shoot rockets at one another online.

TF2's keys still hold their value today, meaning the market is open if you're looking give it a try. We'd be lying if we said we understood how literally any of it works but, given the same is true of the actual stock market, this seems like a good a place as any to practice.

If a taste of those video game markets has left you desperate to understand the real deal, we’ve got a full explanation of the GameStop Stock rollercoaster which you can read here. And remember, if you do want to get stuck in for real, only invest money which you can afford to lose! Safe trading, stalk market veterans.