Play the remastered version of the Mass Effect trilogy on May 14, if you can see anything that is. 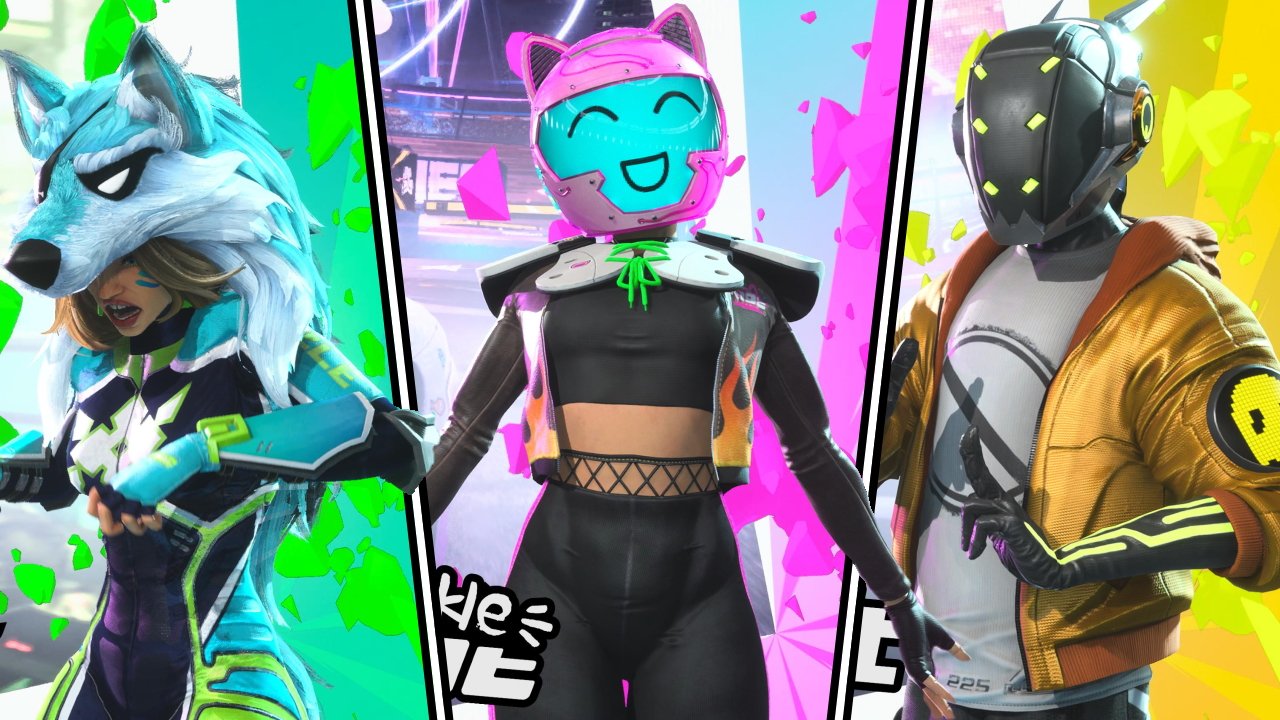 Learn the on foot and driving controls for Destruction AllStars.

Car Breaker: Number One’s Breaker uses state of the art tracking tech to lock onto a rival target, then chases them down with higher speed and damage.

Hero Breaker: Angelo Avello’s Breaker lets camera flashbulbs loose that hamper the opponent’s ability to see or hear in the arena for a while. The cooler Angelo’s moves, the more flashbulbs go off!

Car Breaker: Shredder’s Breaker activates a portable industrial vehicle shredder that can shred anything in sight. Everything that touches these terrifying metal teeth is done for!

Hero Breaker: Anyone touching Bluefang while his Breaker is active will be knocked down, whether he’s barging or not.

Car Breaker: Slamming into an opponent’s vehicle while the Boxmobile is active attaches a Boxtop drone to them. Drone’s barrage their targets with damaging fireworks.

Hero Breaker: Boxtop’s Breaker deploys parcels that give teammates an extra hand while knocking down any opponents who stumble into them.

Car Breaker: Cerberus’ Breaker activates multiple flamethrowers on the vehicle. Anyone who gets slammed is gonna get burned!

Hero Breaker: While active, Fuego’s Breaker boosts his barges so they leave devastating pools of fire in his wake.

Car Breaker: Sabre’s Breaker activates an unbreakable blade that can slice through anything that gets in its way. Slamming into an opponent will cut their vehicle in two!

Hero Breaker: Hana’s Breaker increases her strength and makes her more lethal, to the point that her barges will KO in one hit

Car Breaker: The CRASHendo’s Breaker unleashes a bank of supersonic speakers that blast out maximum shockwave damage to those in range.

Hero Breaker: While her Breaker is active, Harmony’s barges blast out supersonic waves that can hit from a distance.

Car Breaker: Like a hedgehog, Morningstar’s Breaker puts up an array of spikes all over its body. It’s a perfect defensive and offensive mechanism.

Hero Breaker: Activate Jian’s Breaker to deploy proximity mines. The mines will damage and opponent’s vehicles who get too close, and knock on-foot opponents to the ground.

Car Breaker: Wildfire’s Breaker deploys a trail of fire that can set AllStar vehicles alight or KO on-foot AllStars who pass through the fire.

Hero Breaker: Lupita’s Breaker unleashes a trail of fire behind her as she runs; any AllStar who passed through the fire will be ignited.

Car Breaker: When Graviton’s Breaker is deployed, its magnetic field attracts scrap metal in the arena, creating an impenetrable - and impressive - shield.

Hero Breaker: When activated, Muna’s Breaker generates a particle field that attracts nearby pick-ups and activates traps in its radius.

Car Breaker: Barang’s Breaker needs to be charged by damaging opponents. Activating it starts a countdown to a devastating radial blast that affects opponents whether on-foot or in a vehicle.

Hero Breaker: Ratu’s Breaker delivers a powerful concussion blast, barging and knocking down anything or anyone in her way.

Car Breaker: When Smoke Commander’s vehicle Breaker is active, slamming into an opponent vehicle covers them in clouds of smoke, obscuring their view and radar.

Hero Breaker: Sgt. Rescue’s Breaker releases plumes of smoke from his suit, obscuring his opponents’ vision in the arena.

Hero Breaker: Shyft’s Breaker activates a cloaking mechanism rendering him almost invisible, AND keeps him off opponent’s radars while active.

Car Breaker: Mr. Sparkles’ Breaker puts up bumpers that apply a force pulse on hit. The bigger the hit, the angrier Mr. Sparkles gets… and the bigger his pulse!

Hero Breaker: Twinkle Riot’s Breaker allows her to barge over and over in a short amount of time.

Car Breaker: The Undispute’s Breaker fortifies the front of the vehicle with a big shield, blocking any and all incoming damage and packing a punch!

Hero Breaker: While active, Ultimo Barricado’s Breaker makes him more immune to knock outs from AllStars or Vehicles. Running him over doesn’t even faze him!

Car Breaker: Xero’s Breaker picks up a prime target from the opposition, marking them for attack. Xander does more damage to the target, and gains rewards when the target is taken down.

Hero Breaker: Xander’s Breaker allows him to see rivals, teammates, and objectives through walls while simultaneously dropping a trail of deadly hazards.

And those are all the Destruction AllStars characters, abilities, and Breaker powers! They’re easy to forget or miss as you’re loading into the match, so feel free to check back with this page to remind yourself anytime. Visit our Destruction AllStars hub page for more content and guides covering the game.