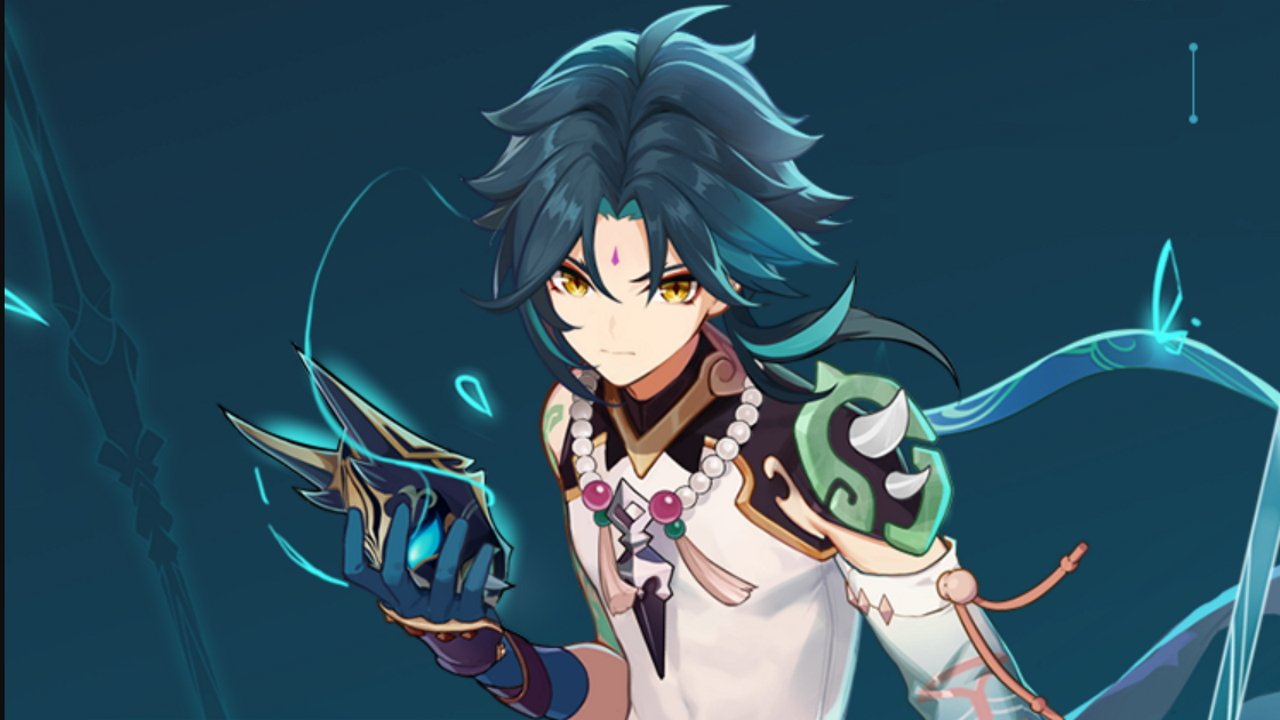 Roller Champions closed beta: How to sign up and join

The new update to Genshin Impact is a big one. Version 1.3 introduces a wealth of new events to mark a fresh season, and on top of that we’ve got the new 5-Star Primordial Jade Cutter and Staff of Homa weapons coming, along with fresh Anemo Genshin Impact character Xiao. To help you stay up to date, we’ve got all the information on the new character and weapon below, along with the full Genshin Impact 1.3 patch notes.

5-Star Character "Vigilant Yaksha" Xiao arrives in the latest wave of Genshin Impact events. Xiao will be available after the 1.3 update completes on February 3. During the Invitation to Mundane Life event (running until February 17), new character Xiao will have greatly increased Wish drop rates, alongside 4-Star characters Diona, Beidou, and Xinyan. Below, you’ll find all the details on Xiao we know so far.

According to data from the beta version of the game, the Primordial Jade Cutter will feature a boosted Critical Rate of 9.6, and features the Protector’s Virtue passive ability. This grants an HP boost of 20% and grants and ATK bonus based on the wielder’s max HP.

The Staff of Homa’s beta version included a boosted Critical Damage of 14.4%. The Reckless Cinnabar ability offers a 20% HP boost with an ATK bonus based on the wielder’s max HP. In addition, when HP drops below 50%, the bonus is raised by 1% of max HP.

During the Epitome Invocation event which runs until February 23, the Primordial Jade Cutter and Primordial Jade Winged-Spear will have their Wish drop rates greatly increased. Don’t worry Staff of Homa fans, that weapon will also get an event down the line.

There are plenty of other exciting events and features arriving in the latest update, including the new Theater Mechanicus. The learn about them all, read the full patch notes from miHoYo below.

◇ A yaksha adeptus who defends Liyue. Also heralded as the "Conqueror of Demons" and "Vigilant Yaksha."

Elemental Burst "Bane of All Evil": Xiao dons the Yaksha's Mask, giving him enhanced abilities at the cost of draining his health: He deals increased DMG, attacks are converted to Anemo DMG, and his jumping ability is greatly increased.

During the event wish "Invitation to Mundane Life," from after the Version 1.3 update to 2021/02/17 15:59:59, the event-exclusive 5-star character "Vigilant Yaksha" Xiao (Anemo) and the 4-star characters "Kätzlein Cocktail" Diona (Cryo), "Uncrowned Lord of the Ocean" Beidou (Electro), and "Blazing Riff" Xinyan (Pyro) will have their Wish drop rates greatly increased!

◇ The Yuheng of the Liyue Qixing. Keqing has much to say about Rex Lapis' unilateral approach to policymaking in Liyue — but in truth, gods admire skeptics such as her quite a lot.

◆ During the event wish "Epitome Invocation," from after the Version 1.3 update to 2021/02/23 15:59:59, the event-exclusive 5-star sword Primordial Jade Cutter and the 5-star polearm Primordial Jade Winged-Spear will have their Wish drop rates greatly increased!

Take part in Version 1.3's flagship event, Lantern Rite, for the chance to obtain a free 4-star Liyue character of your choice!

◆ Event Rules: No Original Resin needed to take part. During the event period, Travelers can claim a 4-star Liyue character of their choice in "Stand by Me." Complete challenges in "Theater Mechanicus" to obtain Peace Talismans, which can be spent in the Xiao Market on rewards including Crown of Insight and a new namecard style "Celebration: Lantern-Light."

Lantern Rite Tales I: Complete "The Origin of the Lanterns" to unlock.

Complete the quests "The Origin of the Lanterns" and "Liyue: Theater Mechanicus" to unlock

Login Event "May Fortune Find You": Log In on 7 Days, Receive Intertwined Fate ×10

◆ During the event, log in on 7 days in total to receive Intertwined Fate ×10 and other rewards!

◆ During the event, Travelers can claim a Kurious Kamera from Ji Tong. Equip the Kamera and take pictures of specific targets to obtain photos of different colors. Collect photos of five different colors and exchange them for a Fortune Trove to obtain Primogems, Hero's Wit, Mystic Enhancement Ore, and other rewards!

After the Version 1.3 update, Xiao's story quest "Alatus Chapter" will be available.

◆ More story quests are on the way, so please stay tuned!

◆ A total of 26 festive World Quests will become available over the course of the Lantern Rite event, accessible from "Lantern Rite Tales" on the Events menu.

Causes nearby Geo energy to explode, causing the following effects:

Causes nearby Geo energy to explode, causing the following effects:

Zhongli deals bonus DMG based on his Max HP:

Updates the monster lineup on Floor 12 of the Spiral Abyss.

The Ley Line Disorders on Floor 12 are adjusted to:

Starting from the first time that the Lunar Phase refreshes after updating to Version 1.3, the three Lunar Phases will be as follows:

A Charge will accumulate every 10s, with a maximum of three existing at any one time. If the active character's HP is less than 50%, they will consume a Charge when they hit an opponent to create an unstable energy orb at the opponent's position. This orb will explode after 1s, and only one of them can be created every 2s.

When the active character's HP is less than 50%, they gain a 2% DMG Bonus for 10s after hitting an opponent. This effect can stack up to 10 times, and each character in the party will have their own independent stacks and durations. Each time the stack count or duration of this effect resets, there is a 50% chance to release an Energy Blast. An Energy Blast can be triggered once every 10s.

Increases resistance to interruption. When protected by a shield, increases Attack DMG by 15%.

Increases shield strength by 15%. Additionally, characters protected by a shield will have the following special characteristics: DMG dealt increased by 15%, dealing DMG to enemies will decrease their Geo RES by 20% for 15s.

This adjustment affects the following:

*Note: In order to allow Travelers for a quicker use of Elemental Bursts and more efficient testing experience, the opponents on trial stages drop additional Elemental Orbs. However, due to our negligence, this effect was not individually listed in the event details, leading some Travelers to misevaluate characters based on their trial stage performance. We sincerely apologize for any confusion this might have caused. After this update, the event details will be supplemented with the relevant rules. We will continue to optimize the trial stage experience in the upcoming versions.

Those were the full Genshin Impact 1.3 patch notes including details for the new 5-Star weapons the Primordial Jade Cutter and Staff of Homa, and 5-Star character Xiao. The update arrives February 3, and everyone will receive their usual compensation of 300 Primogems for the server downtime. Head over to our Genshin Impact hub for more content covering the game.