Sea of Thieves Daffodil Beard Error: What it means

The Daffodil Beard Error in Sea of Thieves will see you struggling to set out on an online voyage. 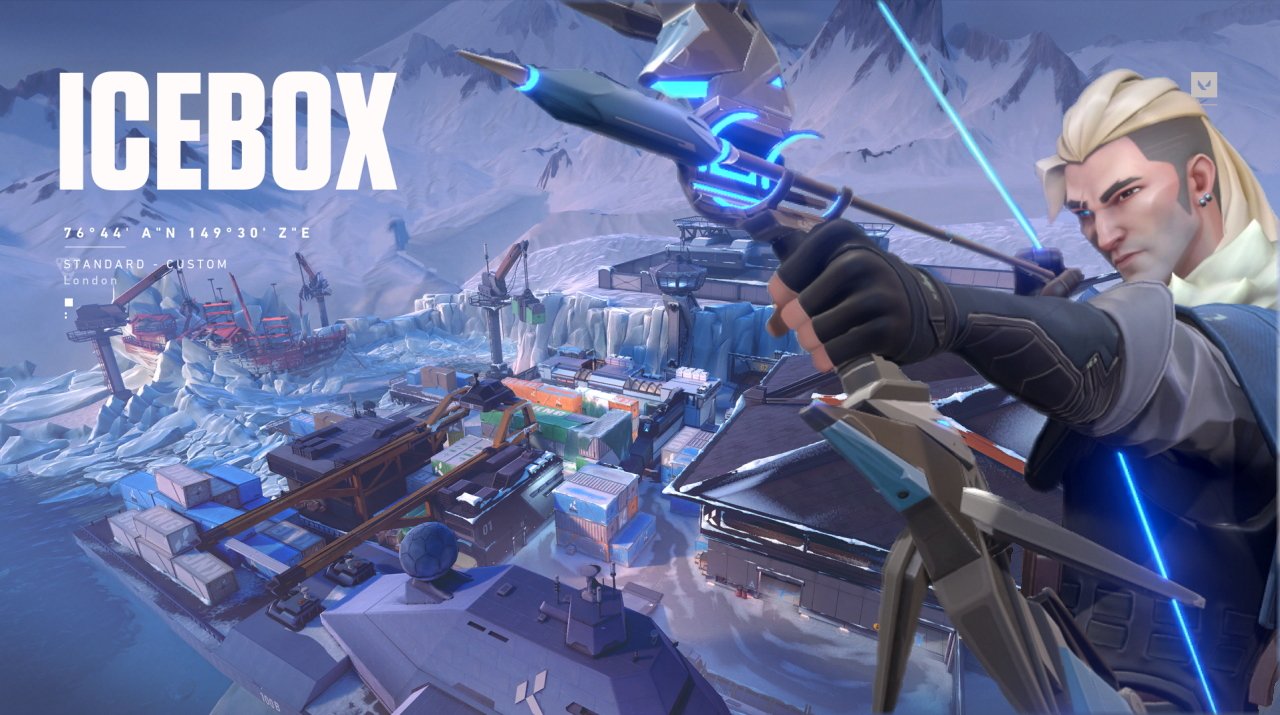 Learn how to boost your Renown level for free unlocks in Sea of Thieves.

Sova's Recon Bolt is an incredible ability, and while many inventive lineups have been shared online, most are all-too easy to forget if you're not a professional. To help the average Sova player out, we've come up with some easy to remember Sova Recon Bolt spots for Icebox that you won't forget. These bolts won't catch every enemy, but they will ensure your team can clear certain areas of the sites before you strike. If that's what you're after, read on for some easy Icebox Recon Bolt spots for the attacking side.

As with our Haven and Ascent Recon Bolt guides, we’ve tailored this guide to the attacking side as it’s here that most players struggle. In each attacking spot below we’ll list where to stand, where to aim, how much power to use, and where the bolt will land. Click the links below to jump to an individual Icebox Recon Bolt spot you’re after, or scroll down to see them all

Our first Recon Bolt spot will help you clear several of A Site’s troublesome hiding spots. To start, walk up the ramp from spawn and look for a line halfway across the metallic flooring along the wall, as highlighted below. You want to stand directly on top of this line, pressed up against the side of the wall.

Next, turn around and look for the square light fixture sticking out from the glass windows on the opposite wall. Aim your crosshair in the blank square area at the bottom right of the raised surface. The positioning doesn’t need to be exact, just make sure you’re to the right of the dark line. Charge full power with two bounces and release your Recon Bolt.

This Icebox Recon Bolt spot will land an arrow as shown above, cleaning most of the back catwalk, inside the central tube, the box the arrow is above, and the close right corner as you enter the site. You’ll still have places to check, but this will cover a few for you, and distract your opponents as your team pushes.

This B Site Recon Bolt Spot clears most hiding places on that deadly first corner. Fire this and you can push up without fear of players hiding with shotguns around every corner. Start by standing against the end of the dark gray container (marked KNG) to your right as you head to B. You should be above a small diagonal marker on the base of the container.

Turn toward the site and aim at the green box marked KNG up and ahead of you. You should be able to see a vertical line marking the end of the container with some black and yellow stripes at the top. Aim just to the right of the vertical line roughly halfway up the visible height (you should be roughly under the stripey part). The positioning isn’t too precise here, just make sure you aren’t aiming too high.

This Icebox Recon Bolt spot will land direct on the side of this crane hanging above the map. It should clear both sides of the crate below, as well as the dangerous cubby players like to lurk in. It’s also a major pain to shoot, so have your teammates peek the corner as it lands. Remember to check the area underneath the crate on the right, as this will be hidden from the bolt.

Mid is crucial to success on Icebox. Thankfully, Sova has pretty easy arrows on both attack and defense to help his side claim it. You don’t need a very precise line up for this one, but if you’re keen for a place to stand, try the middle of the base strip for this arrow. It should keep you safe from anyone looking under the tunnel.

Next, aim up at the large container with the green tarp on the left. Your goal is to place your arrow as close to the top right corner of the container as possible. From here, you can do that by aiming at the lower part of the diagonal snowy strip on the mountain in the distance. Charge full power and release. Feel free to adjust this line up as you see fit - so long as you’re hitting that corner, you’re good to go.

This dart will reveal almost all of the defending ramp, picks up anyone pushing into mid below, and also see  through to the kitchen door at the top of the ramp. Be aware that smart players may be able to block the detection view slightly using the antennae sticking up nearby, but the positioning to do so is very tricky.

We don’t usually offer defending Recon Bolt spots in these guides, but Icebox sees sova playing Mid so often that we figured we’d throw in this simple-but-powerful one. You can fire this arrow from pretty much anywhere on the defending ramp, but for a simple lineup, wedge yourself in the corner next to the boxes below.

Next, look toward the container half covered by a large green tarp (yes, the same one that the attacking arrow uses). Aim directly at the top left corner of the container and fire at full power.

The beauty of this Icebox Recon Bolt spot is that it will not only reveal enemies pushing towards mid, but also anyone heading into the entrance of B as well. Fire this as early as possible to pick up foes.

Those are all the easy Icebox Recon Bolt spots we’ve got for you, but make sure to check out our Haven, Fracture, Breeze, and Ascent guides as well if you’re after simple lineups on Valorant’s, er, less reviled maps. For all other Valorant content, click here to visit our hub page for the game.