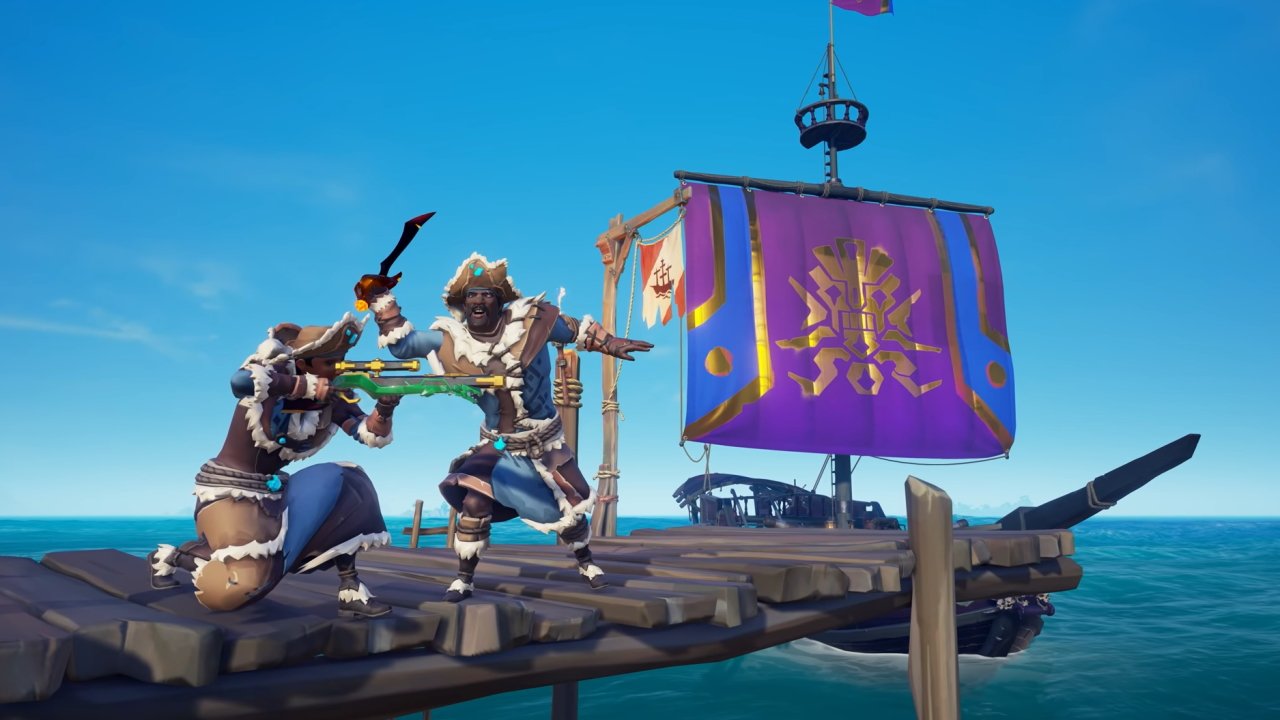 Sea of Thieves Seasons update: Everything you need to know

There’s something bubbling beneath the turbulent waters; change is on its way to Sea of Thieves. Arriving this Friday, Sea of Thieves’ Season update promises a full restructure of the game’s progression systems and more. With new content plans, a Plunder Pass, and fresh ways to secure riches, Seasons will breathe new – yet still doggedly salty – life into Rare’s open-world scallywag simulator. The prudent pirate would do well to prepare, so we’ve rounded up all the key details about Sea of Thieves Seasons before the update arrives.

Described as by Rare “the most ambitious change” to Sea of Thieves’ progression system yet, Seasons introduces brand new unlock trees to carve a path through, including both Renown and content-packed Plunder Pass. Thankfully, Rare has already divulged how it all works. Here are the key details:

Expected to last around three months, each Sea of Thieves Season will offer a new wave of content to the world, as well as fresh Renown tracks and Plunder Passes (explained below) to work through.

Season One kicks off with a permanent Merchant Alliance Voyage to be explored. In addition, new challenges, live events, and fixes will be introduced throughout the length of the Season via the standard monthly updates. The big aim for Season One is to ensure that any and all activities in Sea of Thieves offer a sense of achievement, and that’s where Renown comes in.

With the launch of Season One, a hundred Renown levels will be available to unlock. Each level contains a reward such as an emote, a cosmetic, or even Ancient Coins. All levels can be earned entirely for free simply by playing Sea of Thieves. Best of all, they aren’t reliant on your relations with guilds.

So how can a pirate crew earn Renown? According to Rare, by doing pretty much anything. Activities listed as contributing to your Renown include sailing to new islands, fighting skeletons, and digging up loot. Basically just get out there to have fun and you'll be well on your way to earning rewards.

Helping pirates work through those Renown levels more quickly are Trials. Split into Adventure, Exploration, and Combat categories, Trials are challenges that ask you to complete a selection of smaller tasks known as Deeds. Wrapping up all of a Trial’s Deeds will net you a large boost to your Renown.

If 100 levels of Renown doesn’t sound like enough new stuff for your treasure-hungry crew, say ahoy to the Plunder Pass – Sea of Thieves’ new premium battle pass. The only paid-for aspect of the Seasons structure, the Plunder Pass will cost 999 Ancient Coins, meaning it is technically possible to earn enough for it without paying a dime.

Anyone who purchases the Plunder Pass will receive additional rewards as they level up their Renown. Including ship cosmetics, weapons, and emotes, these will exclusively be premium items from the Pirate Emporium, including offerings that have yet to arrive there.

And that’s everything we know about Sea of Thieves’s Seasons update. The whole thing sets sail on January 28, which leaves just enough time to wrangle your crew together and plan your path through the trials ahead!