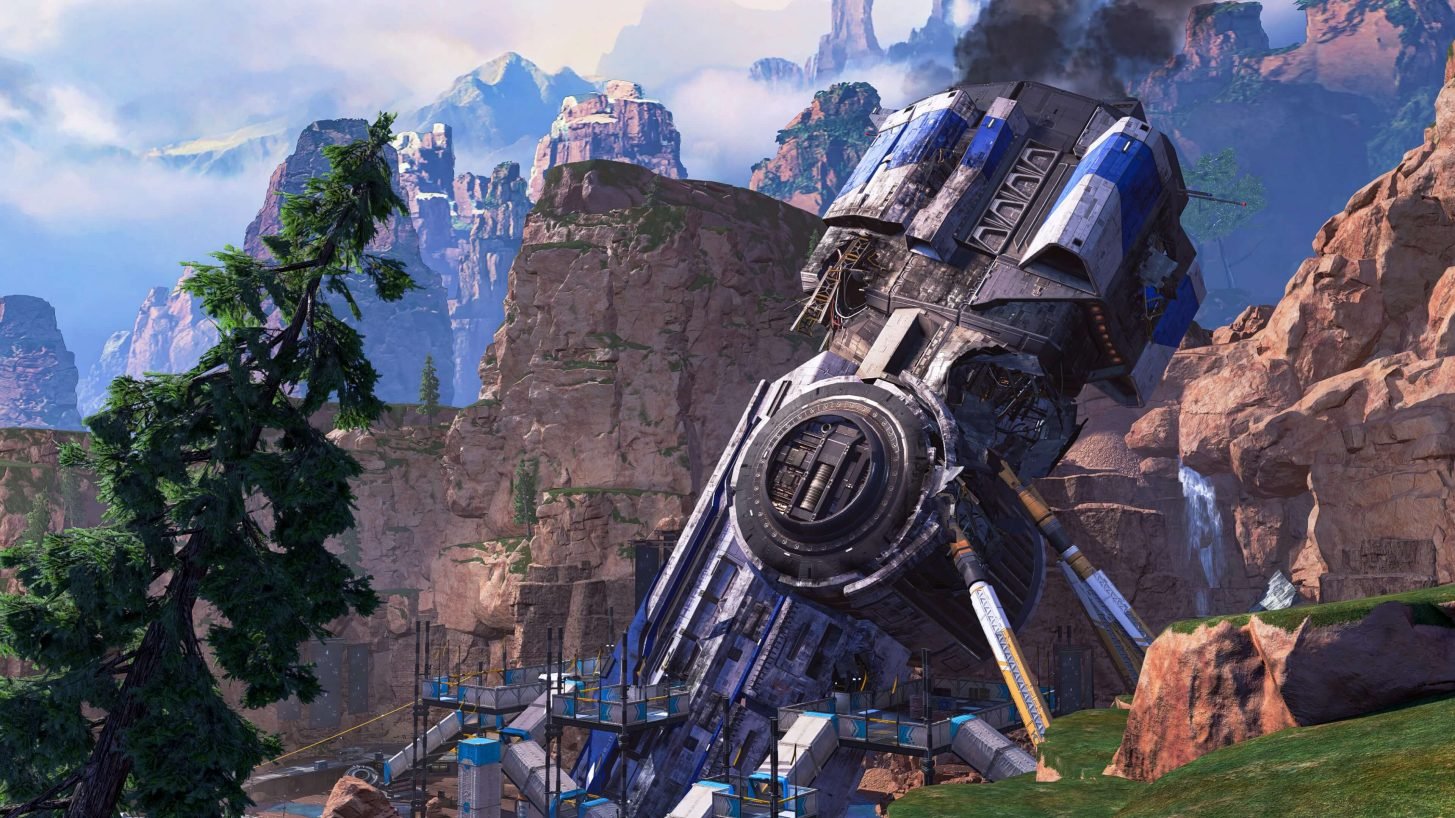 The king is already dead, it’s just a matter of waiting for the fuse is to burn down. Apex Legends Season 8 is due to arrive on February 8, and as the most recent trailer reveals, some serious map changes are on the way to King’s Canyon. The arrival of the latest character to the Apex Games has caused, well, more of a detonation than a stir. With a ship crashing down upon it, Apex Legend’s original map has had a major overhaul, opening up exciting new areas to explore, loot, and fight in. For those eager to dive in, we’ve rounded up the major Apex Legends Season 8 map changes to King’s Canyon below.

Fuse’s bombastic personality may be stealing the show in the run up to Apex Legends Season 8, but his impact on the arena has been no less explosive. Serious upheaveal has arrived in the classic map, so we’ve rounded up the biggest King’s Canyon changes below so that you’ll be prepared when Season 8 blasts off on February 8.

Situated in the northwest sector of the map, Crash Site is by far the biggest map changes in Season 8, and features the smoking wreckage of an orbital gunship. With its nose plunged deep into the earth, the ship stands tall within the arena, the black smoke trail of its sabotaged engines billowing high into the skies above.

The impact carved a chunk out of the mountainside next to Artillery and Slum Lakes, creating an entirely new area to explore. Both tunnels into Artillery have been affected, with one now almost entirely exposed to the elements.

Season 8 is set after the Ecological Cleanup and Hazard Outreach (ECHO) teams have arrived at King’s Canyon, meaning players can fight across scaffolding erected about the ship itself. Respawn described the area as “a jungle gym of interesting gameplay,” and considers the ship itself to be a valuable king-of-the-hill spot. Smaller Echo stations next to the ship will provide plenty of looting opportunities, so expect this to be a major hotspot when the update arrives.

Did we mention Slum Lakes already? Sorry, we meant Spotted Lakes. The damage to the nearby mountains caused a flood that area wiped entirely from the map. Replacing it instead is an extensive ECHO facility and dam, positioned to investigate the unusually contaminated water.

The central dam separates the two halves of Spotted Lakes, meaning you’ll see firefights either side before the east and west victors duke it out for the spoils. There are several zip lines across the area, allowing you to keep mobile as you collect loot and kills in and around the ECHO tents.

Looking to enter or exit in style? You’ll now be able to catch a ride across a sky-high zip-line from the Pit. It’s risky, but the connecting observation tower should be a great spot to take down enemies fighting below.

Finally a new path from Spotted Lakes to Runoff has also opened up. Try not to get too distracted by the gigantic leviathan bones dotting the area, as they’re far less likely to cause you harm than that Pathfinder looking down his scope in the distance.

Observation towers are a brand new bit of interactive scenery you’ll find dotting the ECHO camps across the map. They’ll start each round lowered, but you can interact with them to raise up a platform that makes for the perfect snipers nest. Just be aware that anyone nearby will definitely hear you doing so.

After the spiciest loot? Explosive holds from the crashed gunship are now sprinkled across King’s Canyon. They’re locked, but a well-placed arc star, frag grenade, or thermite should let you inside. Each contains rarer weapons, ammunition, and attachments. These effectively replace the bunkers added in Season 5, which have all now been blocked off.

The final King’s Canyon changes aren’t exactly new features. In fact, they’re a lack of them. Respawn has gone through several areas of the map and made adjustments to improve the flow of movement and combat. Expect to see several buildings missing from previously busy areas or chokepoints. One provided example is the removal of Farm entirely, but we’ve no doubt there are plenty more adjustments to popular spots.

Those are all the Apex Legends Season 8 changes to King’s Canyon that we know of so far, but Respawn Entertainment promises that more is on the way, with a mid-season update bringing further adjustments to our beloved arena. What’s your favorite change? Let us know down in the comments below.