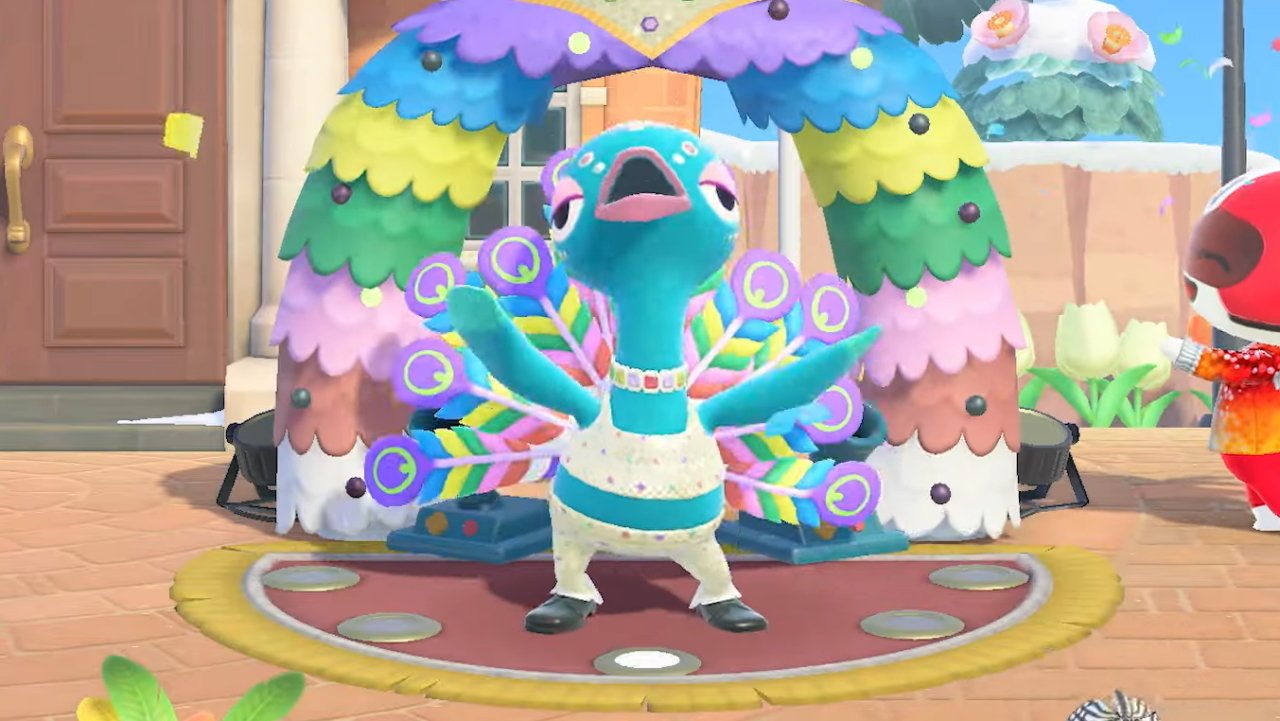 Animal Crossing's next update brings the Festivale with Pavé

Our beginners tips and tricks for Hitman 3 will take you from assassination amateur to artist.

Shake those tail feathers because festival season is soon to arrive on our Animal Crossing islands. The next update will introduce Pavé the dancer, a peacock with a flair for extravagance.

The party-packed update is due to arrive on January 28 – that’s two days from now – and sees Pavé show up in our town squares in full fiesta spirit. Hosting the Fesitvale event, Pavé’s job is to get everyone moving and dancing. Hunt down special feathers which are floating around the island and you’ll be able to hand them over to the cheery bird to receive a reward and watch him perform a little dance.

It looks like there’ll be plenty of event-themed items and recipes added as well, including festival outfits and headpieces, as well as confetti cannons, drums and more. Naturally you can also expect your villagers to get involved as they groove their way across the island and dress up for the event.

And as you might have guessed by this stage, Pavé’s arrival is far from it for Animal Crossing. If the end of the trailer is anything to go by, the next update (arriving in March) will be Super Mario Bros. themed with a Star and Mushroom popping up to say hello. Sorry, Brewster fans, it looks like you’ll need to hold out for that hot drink you’ve been craving for a little while longer.