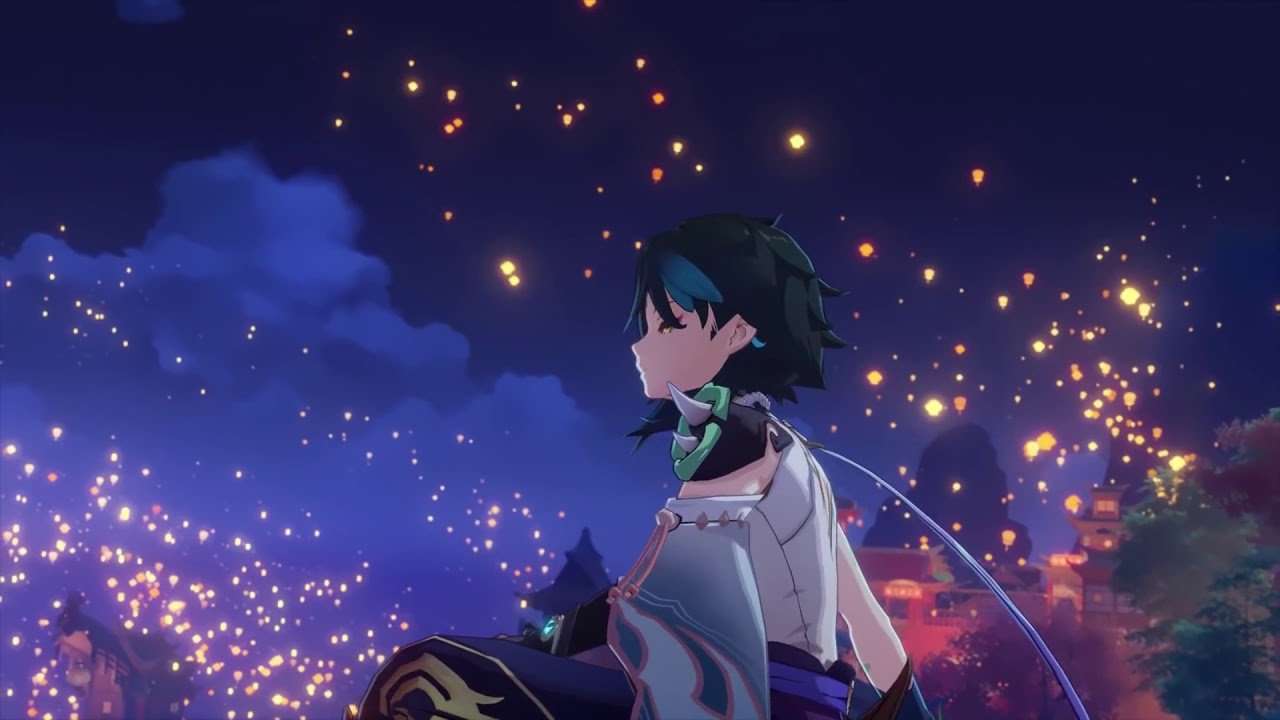 Get ready to celebrate the Lunar New Year in style in Teyvat as Genshin Impact's 1.3 update brings a festival of lights to Liyue beginning on February 3, with a new five-star Anemo user to bag.

The in-game version of Chinese New Year – celebrated upon the new moon of the year's first lunar cycle and lasting until the full moon 15 days later – is called the Lantern Rite, and will feature many of the hallmark celebrations of the biggest event of the East Asian calendar.

The night sky over Liyue will be filled with lanterns, and the streets full of food stalls and a fresh new event activity: a tower defense game called Theater Mechanicus.

Of course it wouldn't be a Genshin Impact update if there weren't a new character to tempt you into making some wishes, and the newest five-star is Xiao, the Vigilant Yaksha.

Xiao is a polearm-wielding Anemo user, giving you a chance to finally use that four-star spear you pulled a few months back. His abilities include an elemental burst that increases his damage at the cost of a continuous health drain, making him a risky but potentially very deadly addition to your team.

The Lantern Rite event quest will have you accompanying Xiao as he goes about his business protecting Liyue during the preparations for the city's festivities. And given this year's new year begins on February 12 you'll have nine days from the Genshin Impact 1.3 update release date on February 3 to get the city squared away for the festival.

Check out the trailer for Genshin Impact's 1.3 update above to see more of the improvements made to the free-to-play game, or check back with us in a few days for a full list of the patch notes. On a developer livestream, MiHoYo showed some nice quality of life improvements, as well as hinted at an animal almanac, suggesting we might soon FINALLY be able to pet those good dogs and cats you see lounging around Mondstadt. Here's hoping for a New Year present!