You'll need to have purchased the previous Hitman games to get immediate free access. 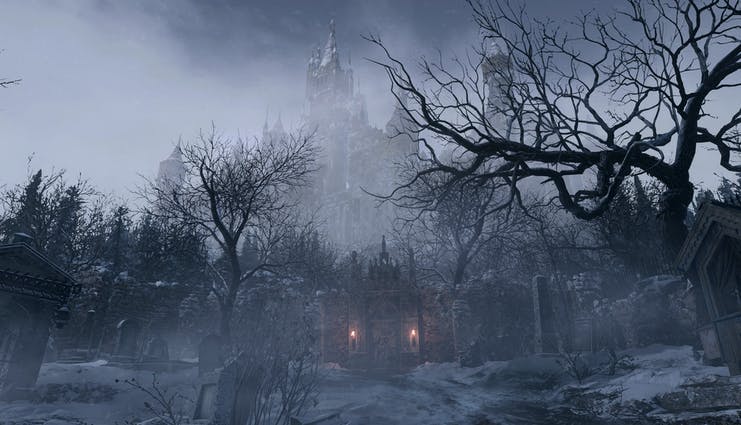 These RTX 3080 sneakers can run Crysis at 4K, but probably not a 5K

Nvidia's flagship GPU has been baked into a massive novelty shoe by RTFKT Studios.

Re: Verse is a new multiplayer component coming with Resident Evil Village.

Humble Bundle description for Resident Evil Village has leaked the name of its multiplayer mode (Resident Evil Re:Verse) and contents of the Deluxe Edition:

We'll post the news on the site after the live stream. https://t.co/5ckMegwOZg pic.twitter.com/K9iackSVxe

Intriguingly, the product details note that Resident Evil Re:Verse will have an “operational period” and may not always be available for all purchasers. We don’t have any further details yet on what sort of game Re:Verse will be, but it’s already sounding a good deal more substantial than the entertaining, if not excellent, Resident Evil: Resistance mode bundled with the launch of Resident Evil 3.

It’s likely we’ll get the full reveal of Resident Evil Re:Verse during today’s Resident Evil Showcase stream. Capcom has been teasing the broadcast with gifs and clips from several different old Resident Evil games, and with a name like Re:Verse there’s a good chance it’ll include throwbacks to the original titles.

The Humble Bundle descriptions also include details of Resident Evil Village pre-order bonuses and Deluxe edition content, indicating that we should get a release date confirmed during the show. Pre-orders will get access to the Mr. Raccoon Weapon Charm, Survival Resources Pack, and Resident Evil Village Mini Soundtrack. The Deluxe Edition also packs in the Trauma Pack which gives players the Samurai Edge weapon, a “Mr.Everywhere” accessory, screen filter, special safe room music, and a few other items.

Finally, the humble bundle pages also link to a dedicated website for Resident Evil Re:Verse. The link currently doesn’t point to a live page, but expect it to go up alongside the reveal tonight. The Resident Evil Showcase stream will take place at 2pm PT (5pm ET, 10pm GMT) tonight. Resident Evil Village is due to release on PS5, Xbox Series X/S, and PC this year.