Learn the Mini Seelie differences so that you know which one to choose as a pet in Genshin Impact. 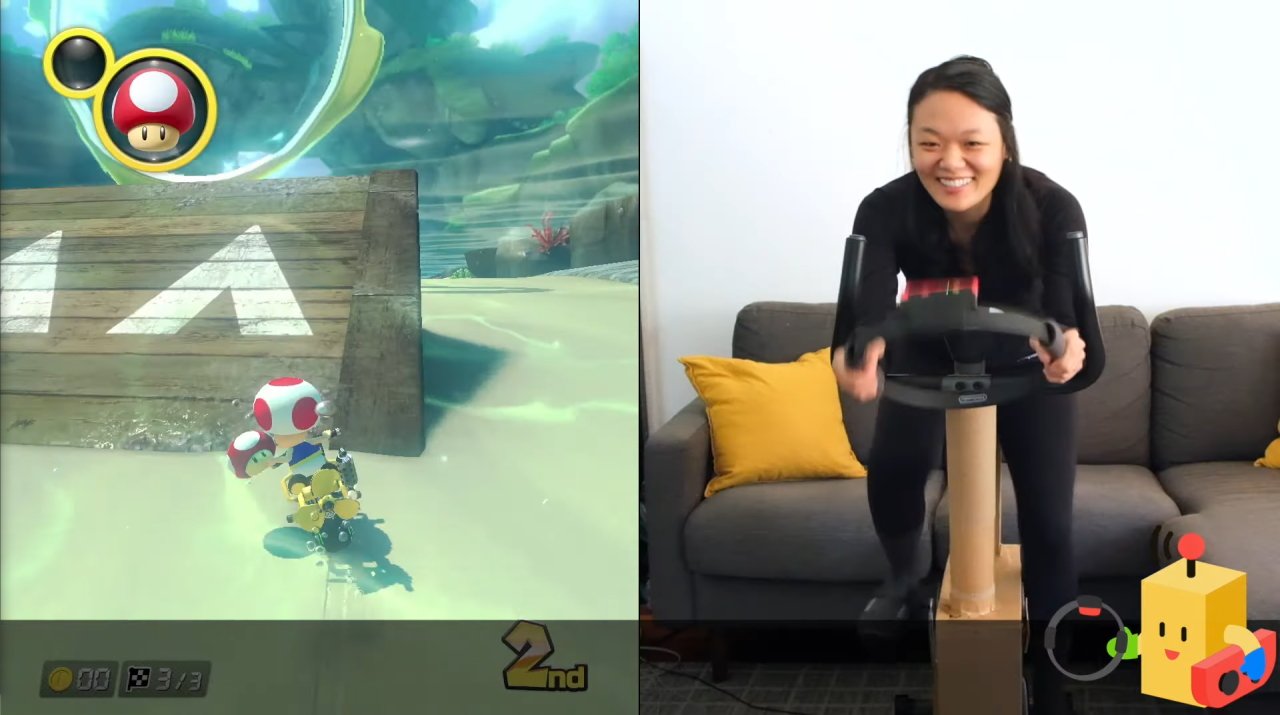 If you can bank the corners of Rainbow Road in your sleep, this new ingenious creation could be the perfect thing to step up the challenge of your Mario Kart sessions. Designed by Mike Choi, the concisely named Labo Fit Adventure Kart Kit uses the Ring-Con from Ring Fit adventure to steer, and an exercise bike for power.

So how on earth does it work? Choi breaks down how each part of the setup functions in a lengthy YouTube video (embedded below) but the basics are as follows: By connecting a bespoke wireless device to the Switch’s Joy-Con, the kit detects the speed at which the player is pedalling on the exercise bike, er, we mean “Bike-Con.” So long as the player keeps spinning the wheels at a high enough pace, the device presses down on the Joy-Con’s buttons, causing the kart to accelerate.

Clamped on a Joy-Con which itself is slotted in Ring Fit Adventure's Ring-Con accessory, Choi’s 3D-printed TABPO module uses motorized arms to press down on the acceleration or item buttons. Turning is handled by the Joy-Con’s standard Gyro controls, while squeezing in Ring-Con causes the TABPO module to press the item button. That means if you want to hold a shell or banana behind you for protection, you’ll need to keep the ring squeezed the entire time. Thinking about it, we can probably recover from that incoming red shell anyway.

While the idea is just an entertaining concept right now, Choi’s demonstrates that the entire kit works together by hopping into an online match of Mario Kart 8: Deluxe. He may come last, but anyone who’s tried playing Mario Kart with tilt controls will likely have expected that result already. If you’re interested to see more of the creation, be sure to watch Mike Choi’s video in full, and check out any of the other videos on his YouTube channel.

It’s likely a bit of a stretch to hope Nintendo would get involved with a fan-made design, but we’re glad skilled tinkerers out there have been inspired by the likes of Wii Fit and Ring Fit Adventure. Choi closes the video by noting a few ways Nintendo could incorporate Ring Fit’s leg strap and other features to add fitness controls to titles like Mario Kart. Either way, we can’t wait to see what else Mike Choi has planned for the TAPBO modules and Labo Fit Adventure Kart Kit.