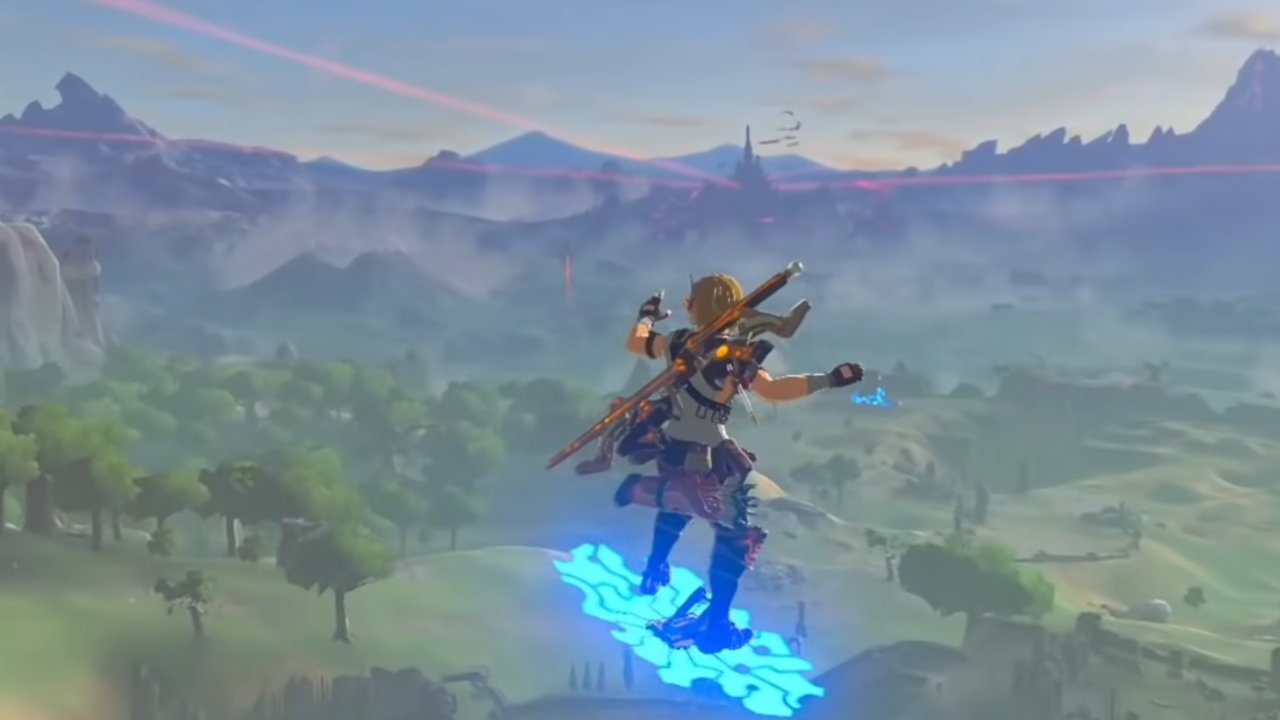 Ganon never really stood a chance, did he? The Legend of Zelda: Breath of the Wild may be almost four years old at this point, but dedicated fans are far from finished honing their Hylian skills. Efficiency isn’t the game any more, however. No, all players care about now is style. Bows, bombs, ice pillars, giant rocks; Thanks to Breath of the Wild’s procedural interactions, anything players can get their hands on in-game is an opportunity to land a ridiculous trick shot.

Since launch, the Breath of the Wild community has shown off tricks so outrageous that we’re pretty sure Bokoblins and their ilk are planning to up sticks and move to the Mushroom Kingdom just so they can escape Link embarrassing them any further. To celebrate the game’s most dedicated players, we’ve rounded up some of the best (and funniest) Breath of the Wild trick shots and stunts shared online. And if there are any Guardians reading this, we can only apologize in advance.

It’s hard to start anywhere other than this – an arrow shot so ridiculous that it lit up the internet like a Guardian awakening from slumber. Japanese player ZeldaNeko is no stranger to flashy Breath of the Wild stunts. We’d argue that they’re the best in the business, and their most recent trick blows everything else out of the water.

Leaping out of a window, ZeldaNeko unleashes an Ancient Arrow mid-air before using a trick known as a bullet time bounce to send himself soaring into the skies. They then proceed to tracking the arrow’s progress across a whopping 1400 meters to see it land square in a Guardian’s eye. Now that had to hurt. The full video goes into detail regarding how ZeldaNeko lined up the shot, though you’ll need to enable captions unless you can read Japanese.

Ground-based Guardians seem too simple? Don’t worry, ZeldaNeko has also set up long-range snipes on the airborne variant as well, this time using a wind bomb technique to get the speed required to follow the shot.

Guardian sniping goes back a long way in the Breath of the Wild community, with most players looking to land shots after flipping their metallic foe high into the air. Here’s Reddit user Master_t0rch showing exactly how to do it. Pull!

In fact, our Hero of Time is so unfazed by the mighty Guardians that he’s apparently comfortable walking into their lair to make a mockery of them all at once.

It’s not just Guardians being shamed, either. Lgnd of Berry has put in plenty of hours lining up long range takedowns of Lynels, Hinoxes and more:

Even the game’s most infamously irritating sequences are a chance to perform for an audience according to Reddit user JBlitz200. Really now, Link, shouldn’t you be saving Zelda or something?

Oh, and if the exceptional skill of players wasn’t enough, some folks out there like this Reddit user are pulling off lucky moves like this on their first go at the game’s most challenging Shrines.

Oh, and of course those pesky Yiga clan members weren’t getting away without a spot of painful ridicule, as shown by Twitter user Yamahamu.

After so many snipers from across the map, it’s about time the Guardians got a little payback. This one was clearly getting a little frustrated with Link’s circus routine and decided to show our Hero how the pros really do it.

With trick shots and moves like that, we can only imagine that Ganon chose to lock himself underneath Hyrule Castle in an attempt to hide. Either way, he’ll certainly regret being freed when Breath of the Wild 2 arrives and gives Link and Zelda a whole new lease of stunting life. If you’ve found any other brilliant Breath of the Wild trick shots, share them with us in the comments below!