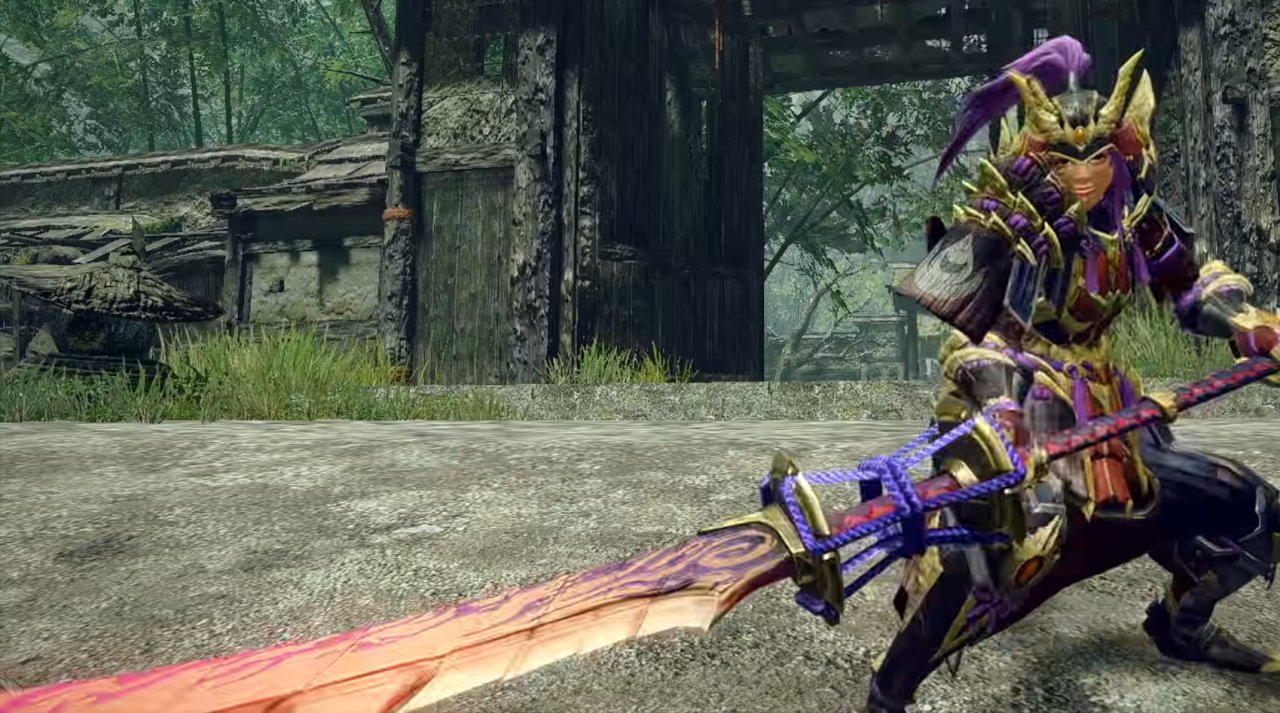 All the big beasts you can take on in the demo for Monster Hunter Rise.

Of all the weapon choices in Monster Hunter Rise, the Longsword feels like the toughest to master thanks to its complex moveset and spirit gauge. If you’re looking to get started with the weapon, it pays to know the available longsword combos and moves. We’ve broken down the key moves to learn below, so that you can get started dealing heavy damage in a stylish fashion to the monsters you face.

The Longsword is a challenging weapon to use, as it requires learning special attacks only performable when you’ve filled your Spirit Gauge. This meter (shown under weapon sharpness, builds up as you fight, and grants a boost to damage when full. Spirit attacks deplete the gauge, but deal increased damage. In addition, the Spirit Gauge has three color levels – white, yellow, and red – with each offering an increased bonus. The Spirit Roundslash increases your level, while some attacks like the Spirit Helm Breaker consume one level.

The game does a decent job of informing you of the basic inputs, but it’s worth taking a look at the full moveset below and doing your best to memorize it. Certain attack will start the Spirit Gauge charging, while others will consume it. We’ve included further details on each below.

Of the standard moves, the Thrust makes a great combo opener due to its speed, while the Overhead Slash deals the highest base damage. For the Moving strike, hold the left analog stick in the direction you want to move during the attack. Using the Moving Strike will charge your Spirit Gauge.

Where the longsword really kicks into gear is in the Zr and Zl attacks. These lead into a number of combo or extra moves you can perform to deal hefty damage and charge or spend your Spirit Gauge.

Spirit Blade Eats a chunk of your Spirit Gauge to deliver a strong strike. This can be performed several times in a row and, provided you have enough in your Gauge, leads into a Spirit Roundslash.

Foresight Slash is designed as a counter-attack, and can be used mid-combo to dodge and strike back at a monster. It’ll consume all of your Spirit Gauge, meaning you can’t perform this attack when the bar is empty. Forsight Slash combos into several other strikes.

Special Sheathe is a fantastic combo builder, and can be performed after almost any other attack in the Longsword’s arsenal. You’ll sheathe your blade and can follow up with two powerful strikes depending on whether you want to build or spend your spirit meter.

Serene Pose is a silkbind counterattack move which consumes two Wirebug charges. Activate it right before a monster strikes to counter them and open up a chance for damage. It’s a great option when Foresight Slash isn’t available.

Soaring Kick is one of the most important combo tools in the Longsword arsenal. This leaping silkbind strike consumes one Wirebug charge to launch you into the air with a kick. Hit an enemy and you’ll begin charging your Spirit Gauge. This move can be followed up by the powerful Spirit Helm Breaker.

The Iai Slash and Iai Spirit Slash are follow ups to the Special Sheath. One builds meter while the other consumes it, so use whichever you can afford while working through a combo of hits. The Iai Spirit Slash has invincibility frames which can be used to dodge enemy attacks if timed correctly.

Finally, the Spirit Helm Breaker is your ultimate attack. This can only be performed after landing a Soaring Kick, and deals massive damage at the cost of one Spirit Gauge level. Build up your bar and then unleash this attack for massive damage.

The longsword cannot block, which means you’ll be reliant on your counterattack moves like Foresight Slash, Serene Pose, and Iai Spirit Slash to avoid damage. Practice these moves often, with a particular reliance on Foresight Slash. Beyond that, you’ll want to build up your Spirit Gauge to unleash powerful attacks such as the Spirit Helm Breaker.

That’s all we can teach you about the longsword moveset and combos in Monster Hunter Rise, but you can click here to head to the game’s hub page to discover more tips and tricks for the game.