5 Among Us custom games to spice up your backstab parties

These custom games and mods for Among Us will add entertaining new rules to your space-based betrayals. 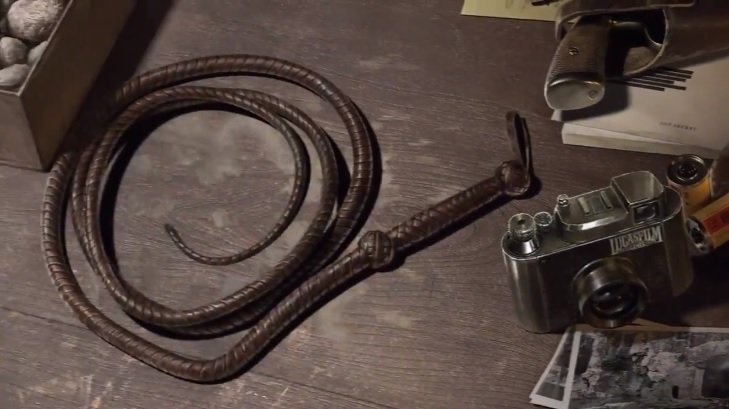 Indiana Jones game in the works at Wolfenstein studio MachineGames

A new Indiana Jones game is in development at Wolfenstein developers MachineGames, as teased in a tweet today from the Bethesda account.

Bethesda and LucasFilm Games – who still retain the rights to George Lucas' 1980s adventure film series – will collaborate to publish the game, with Todd Howard attached as executive producer. The game will feature Indy's iconic whip and hat, of course, and from the documents on his desk in the teaser will involve him travelling to Rome, with a map of the Vatican City laid out next to some Top Secret documents.

Swedish studio MachineGames have established themselves as the leading development choice when it comes to action-adventure titles where Nazis play the main antagonist force, with wildly successful reboots of the Wolfenstein series.

In today's teaser announcement, Bethesda said: "It'll be some time before we have more to reveal, but we’re very excited to share today’s news!" On the merit of that statement, probably don't expect to see anything else for another couple of years.

The reveal of the Indiana Jones game without any sign of a third game in MachineGames' Wolfenstein series could be a source of some concern for fans, given that is has been three years since The New Colossus released, and the spin-off co-op shooter Youngblood released in 2019 without continuing the story of B.J. Blazkowicz.

Also an area of some concern among fans is Bethesda's involvement after Microsoft's mammoth $7.5 billion acquisition late last year. Could Indiana Jones become an Xbox exclusive? We'll have to bide our time and see what the deal means for games produced under Bethesda's umbrella appearing on PlayStation or elsewhere.

Are you excited about an Indiana Jones game from the makers of Wolfenstein? If you can't wait for the game of the film, perhaps the film of the game inspired by the film will tide you over when the Uncharted movie releases sometime this year, hopefully.