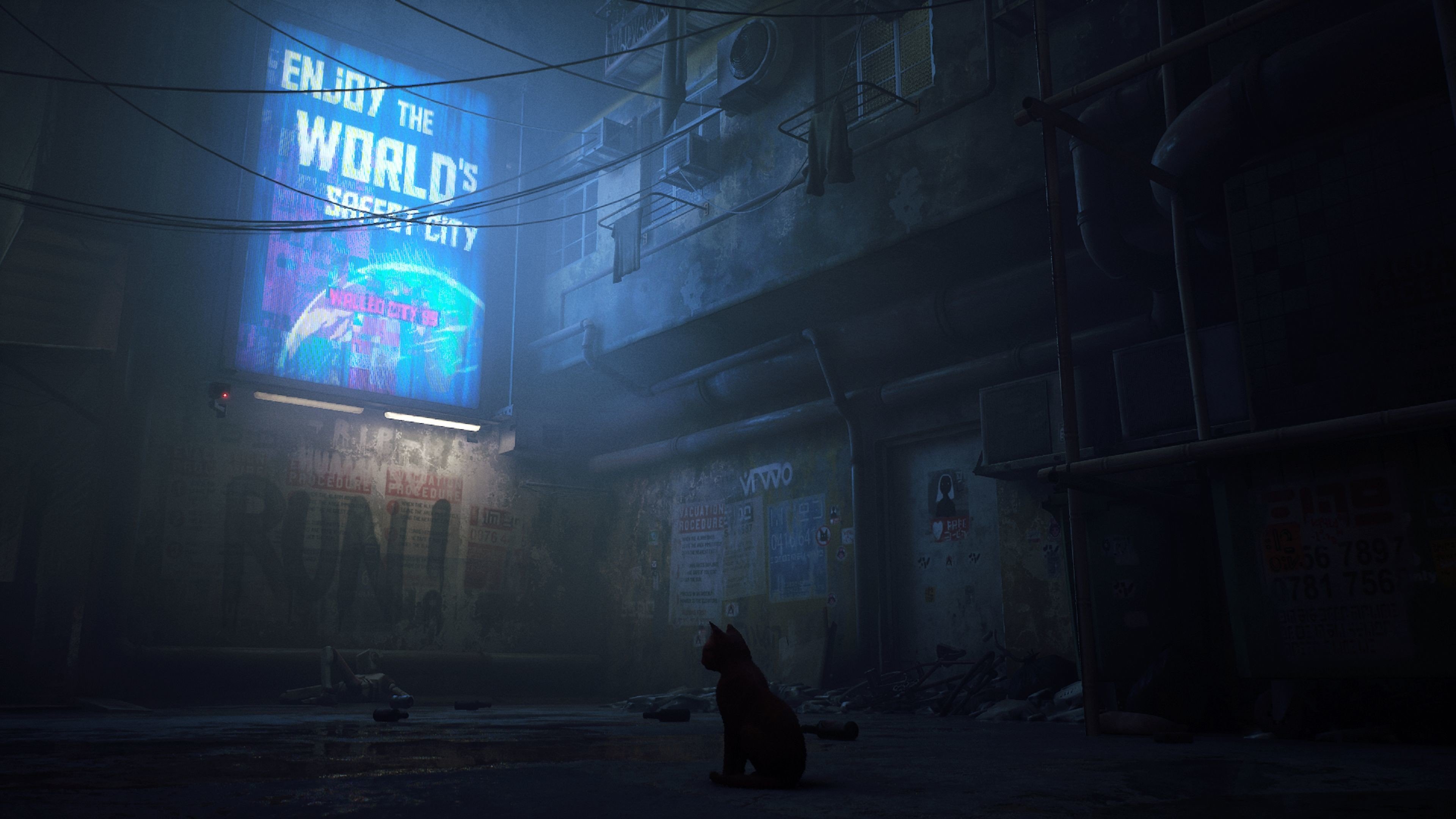 While the PS5 makes for a superb and much less noisy PS4 game playing machine, its primary purpose is to chuck next-gen content up onto our TVs. Last year didn’t offer too much to test our new powerhouses, but 2021 is looking far more next-gen friendly, especially on the PS5. Whether you’re planning your game purchases for the coming months, or are still trying to decide if a new console is worth it, we’ve rounded up the biggest PS5 exclusives coming in 2021.

A quick note before we dive into the delicious pool of games: Many of the games below will also be releasing on PC. Pretty much everything does these days, so we’ve chosen not to hold that against their console exclusivity. We’ll also note when any games will also release on the PS4 as well. With that out of the way, onwards to the future of PS5 exclusives!

Going on foot in a destruction derby seems like a terrible idea, but AllStars’ Fortnite-aesthetic characters are packing some serious parkour moves that might just keep them alive. This arena game sees teams of players throw down in vehicles and on foot.  The aim is to wreck your opponents by ramming or with judicious use of the traps found throughout the arena.

After debuting Destruction AllStars early in their PlayStation 5 reveals, Sony delayed the launch from the console’s release. Since then they’ve kept fairly quiet about the game, but it will arrive free for any PS Plus owners in February.

Microsoft may have snapped up Bethesda as part of their Zenimax acquisition but there’s one PS5 exclusive under the publisher’s belt that’s still due to arrive this year. From the creators of Dishonored and 2017’s Prey, Deathloop is a first person shooter that pits two assassins against one another in an intriguing mix of single player and multiplayer action.

Stuck in an endless loop, Colt is trying to free himself by taking down a series of targets throughout Blackreef. A challenging enough task on its own, but there’s a chance someone else might jump into your game as Julianna, a rival assassin who’s only task is to stop you from achieving your goals. Preferably with a bullet to the head. With a distinctive flair and a few Dishonored-style magic powers thrown in the mix, Arkane Studios’ Deathloop is looking very exciting indeed.

The inhabitants of Tokyo have almost entirely vanished, replaced instead with hideous creatures and terrifying spirits from folklore and legend. Fortunately, you’ve got just the powers required to take them down and cleanse the shrines dotted throughout the neon city’s streets.

After a bombastic reveal by Ikumi Nakamura, Ghostwire: Tokyo has run into a little bit of development trouble. Nakamura departed from Tango Gameworks and parent company Zenimax in September last year, but it appears the game is still on track to release in 2021. Ghostwire: Tokyo was one of the most exciting games shown at E3 this year, so we’re hopeful it can still live up to its exciting premise.

Also releasing on PS4, Goodbye Volcano High is a narrative adventure which follows several humanoid dinosaurs as they graduate from high school. If you’re after a story that’s almost certain to tug on your heartstrings, KO_OP’s tale of change and love is likely to make a fine pick in 2021.

We’ve yet to get an official release window for Gran Turismo 7, but given the racing series has been a stalwart companion to the release of a new Sony console, there’s a good chance it’ll be on the way this year. Sleek, glistening race cars sound like the perfect opportunity to show off the PS5’s ray-tracing tech, too.

Gravity, eh? It really brings you down some time. Then again, the linked astronauts in this unusual puzzle game don’t seem to be having a much easier time of it in zero-g. Due to release on PS4, PS5, and PC, Heavenly Bodies asks players to wiggle their way through the insides and out of space stations as they solve complex problems to keep their ships running.

Aloy’s return is one of the most anticipated titles for the PS5, though as we found out after it’s reveal, it’ll also be available for PS4 owners as well. The story sees her travelling west across the ruins of North America to stop a mysterious red plague that’s afflicting the land. Mysterious antagonist Sylens is up to no good, but will he be the real villain of the story? We could ponder such things, or we could direct you to the gigantic robot turtle and elephants in the debut trailer.

Coming to PC, PS4, and PS5 sometime in 2021, Jett: The Far Shore is a sci-fi story which sees you exploring a mythic ocean planet. As a scout for your people, you’ll need to set out on your ship to skim across the waves and over land as you explore the world and discover its many secrets.

One of the new IPs shown off by Sony last year, Kena: Bridge of Spirits is a third-person action-adventure game set in a magical forest world. With her village threatened, Kena must work with a growing troupe of adorable spirits to manipulate her environment, battle sinister foes, and solve puzzles. Kena is due to release on PS4, PS5, and PC this year.

Another treat for puzzle fans this year, Maquette is set in a recursive environment, with the same ring environment repeating in expanding rings. Every ring is linked, so by interacting with the smallest parts in the center, you can cause immense changes to open new paths as you head outwards. It sounds mind-meltingly entertaining, and promises to tell a narrative of love and challenges as you progress.

Ratchet & Clank: Rift Apart was originally set for a “ PS5 launch window” release. Given how much we’ve already been shown of the game, we really expected it to have already arrived by now. Sony hasn’t given any further update about Insomniac’s next-gen title, but if it wants to hit that launch window goal, it’ll need to be in the next few months. The story sees Ratchet & his robot pall jumping through dimension rifts, and introduces a new female lombax from another universe. Will they be playable? We’ll just have to wait and see.

Developer Housemarque hopes to blend Roguelite elements into a horror FPS with Returnal’s unsettling alien world this year. Stuck in a time loop, astronaut Selene must fight through a shifting alien world, using futuristic weapons to combat monstrous foes as she struggles to remember herself and her purpose.

If you knew the end of the world was coming, what would you do? Season follows a young woman as she sets out on a bicycle ride to explore and catalogue the world she knows before a cataclysm erases it from existence. We don’t have a precise release date yet, but Season is expected to arrive on PS5 and PC in 2021.

Heart Machine’s follow up to Hyper Light Drifter sees players toying with gravity as they explore a stylized world which promises “high-speed traversal, endearing characters, and massive enemy encounters.” The introduction trailer was mesmerizing, and we expect great things from this title when it arrives on PS4, PS5, and PC midway through the year.

Dogs normally get the lion’s share of interest in the video game world, but Stray gives cute kitties a chance to shine. Lost in a decaying cybercity, a small stray cat befriends a robot drone. Together, they aim to navigate the murky streets to find a way out of the long-forgotten metropolis.

And that wraps up our list of PS5 exclusives coming in 2021! If we’ve missed any games that you know of, please share them with us in the comments, or feel free to let us know which title you’re most looking forward to.