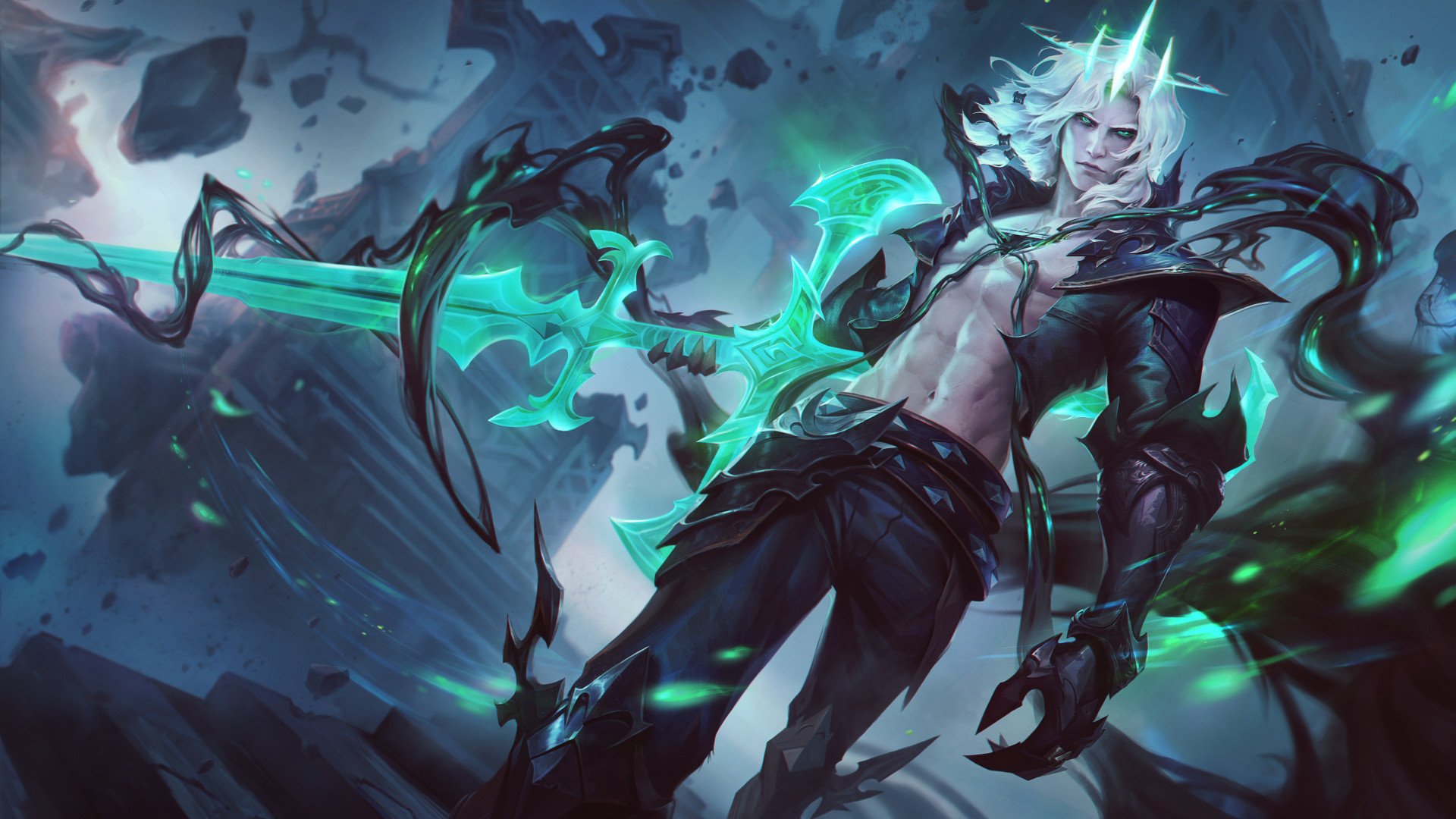 The Ruined King has returned to claim his throne. The 2021 season for League of Legends – that’s season 11 for those keeping count – kicked off in grand fashion last week with a CG teaser for the game’s new champion and season. Dark things are afoot in Runeterra, and if you want to be prepared then it’s worth taking the time to understand what’s coming. We’ve collated the biggest details relating to Season 2021 below so you can prepare yourself for a new year of content and competition in League of Legends.

Lead villain in the Ruination CG short, Viego is the mighty Ruined King. The character has been mentioned many times before in League lore and item descriptions, but the 2021 season marks the first time he’ll appear in the game as a playable champion. The Ruination trailer sees him take on Lucian and Senna in an attempt to raise his lost love, and points towards how his abilities will work in game.

Riot has described Viego as a jungler champion, and true to his character in the trailer, his abilities are pretty overpowering. And we mean that in a literal sense. Viego’s toolset is built around him possessing enemy champions, meaning players will need to have a good grasp of their opponent’s abilities in order to play him effectively.

His character also ties in directly to the upcoming turn-based RPG, Ruined King: A League of Legends Story. Due for release this year, it features Ahri, Yasuo, Braum, Miss Fortune, Illaoi, and Pyke working together to battle the creeping mist in the city of Bilgewater. As you might have guessed, Viego will be the primary antagonist of the game.

Viego arrives in League of Legends this month, but you can already check out his abilities below.

Viego can possess enemy champions that he kills by attacking their wraiths. Restoring a portion of their health, he’s able to use the items, attacks, and non-ultimate abilities of that champion. In addition, during possession he gains a movement speed buff while travelling toward enemy champions

Q: Blade of the Ruined King

Viego’s attacks passively deal a percentage of the target’s health as bonus damage. If Viego attacks an enemy he recently struck with an ability, the attack hits twice and steals health from the enemy. When actively using this ability, Viego stabs forwards a short distance, injuring all enemies hit.

Viego coats a nearby wall with Black Mist. While inside the mist, Viego is camouflaged and has increased movement and attack speed.

Viego charges up a dash, then hurtles forwards to unleash a blast of mist that stuns and damages the first enemy hit. The further you travel and the longer you charge increases the stun duration and mist size.

Viego discards the bodies he’s currently possessing and teleports forward, hitting the lowest-health enemy champion within range. Viego deals bonus damage based on their missing health. Any other enemies within range are knocked away.

After Viego, Riot has teased three more champions that we can expect to arrive this year as part of Viego’s storyline. The first is some kind of magic fighter themed around sewing and made for the top lane. According to Riot there’s also an easter egg for them in the Ruination trailer, so have fun scouring the footage for that.

The second of the future champions is an artillery mage with a grumpy disposition from Bandle City. And the final addition? We don’t know much just yet but Riot has teased that they’re a marksman “planned for a non-traditional position.”

The ever-popular Mundo is the next character to get a major update in League of Legends’ 2021 season, adjusting both his visuals and gameplay.

“One of the main reasons we wanted to update Dr. Mundo is because of how dated his visuals have become—Mundo sticks out like a sore thumb in the current roster of champions,” a blog post on the League of Legends website reads. “We felt like there was a lot of potential to really upgrade Mundo’s visuals and theme to not only look better, but to fit in better with how League's visual style has evolved over the years.”

The adjustments will see Mundo’s look freshened up somewhat (though not too much, given his messy character), as well as brand new abilities. Anyone who’s a fan of the hatchet-tossing champion shouldn’t be too worried though, as Riot has said they want to keep him as simple as possible and, crucially, still tossing hatchets all over the place.

Choose a Champion!
Make your case: Which Champ deserves the next VGU?

Once Mundo’s VGU is complete, Riot will be moving on to one of Udyr, Shyvana, Nocturne, Skarner, or Quinn. You can vote for which character you want to get an update inside the game.

Riot has already laid down the groundwork for Season 2021’s ranked mode in quite some detail. You can read the full explanation on the League of Legends website, but we’ve got the key details here too.

For 2021, any newcomers to ranked will have their normal match performances assessed to determine their starting point. This should stop newcomers coming up against experienced players on fresh accounts. In addition, the rank reset is going to be less heavy on veterans. After provisionals, you’ll start off closer to where you finished in the last season.

Promo series between divisions (e.g. Gold 3 -> Gold 2) have been removed, with LP carrying over when you’re promoted. This means you’ll no longer have inter-division protection when losing. You’ll still have promos and protections in place when moving between tiers (e.g. Gold -> Platinum), however.

Smaller gains and losses. Riot says the new updates have added a lot of LP to the system. To avoid everyone being shot upwards in rank, LP gains and losses per match will be a lot smaller. Along those lines, LP mitigation means the game will also take into account whether a player has gone AFK in your match, reducing the LP you lose based on how the game was going before they left. There’s a weekly cap to the number of games this can affect.

Master, Grandmaster, and Challenger are immediately available. Unlike previous seasons, the top of the ladder is already entirely available, meaning you can race your way there immediately when the 2021 Season starts.

Duo Queue for Master, Grandmaster, and Challenger has been removed. Sorry to all the pairs out their queuing at the top of the ladder.

Unsurprisingly, Riot has yet to confirm an end date for the 2021 season. Based on the last nine seasons however, there’s a good chance it’ll close in mid-November.

And that’s everything you need to know about the 2021 season changes for League of Legends. Which aspect are you most excited for? Let us know in the comments section below. League of Legends’ 11th season has already started, so get out there and climb that ladder!