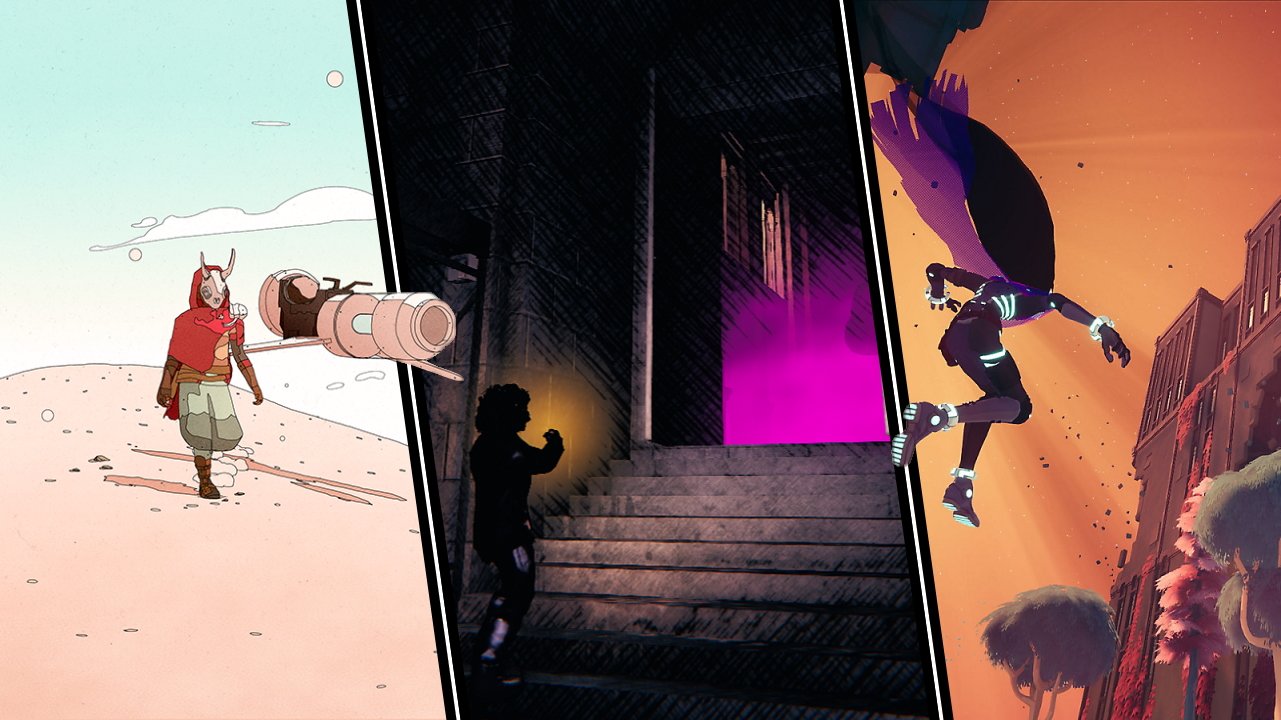 Blimey. The year ahead’s video game release calendar is looking stuffed with more big company names than a Spotify ad break. Jostling amidst a towering crowd of Master Chiefs, Mass Effects, and Monster Hunters, it’s easy to miss the smaller releases that are no less deserving of our time. To help you make the most of the year to come, we’ve highlighted 10 indie games that you should definitely have on your 2021 watchlist.

Exciting indie games you won’t want to miss in 2021

“You’re a dog wielding a magic paintbrush!” If that hasn't sold you already, you might like to know that Chicory: A Colorful tale is an adorable RPG adventure in which you bring color to a black-and-white world. By painting the environment, you can solve puzzles and open up new areas to explore, making friends with the inhabitants of Picnic Province as you do. Chicory: A Colorful Tale promises local co-op support, and features a soundtrack by Celeste composer Lena Raine. Find out more on the game’s website.

Cyber is in vogue right now, and we’d argue that indie games do the setting justice better than most. Described as a “cybernoir point and click adventure,” Chinatown Detective Agency is set in the year 2032, as new detective Amria Darma unravels a complex case expanding from Singapore into a global conspiracy. It features a future-retro aesthetic, and if you’re interested to see more than a free prologue is available right now on Steam.

Revealed during last year’s Future of Gaming show, Goodbye Volcano High is a narrative adventure which follows a group of humanoid dinosaurs coming up to their high-school graduation. It’s developed by Canadian team KO_OP, who describe it as a “branching narrative adventure about the end of an era… and the start of a love story.” Check out more details on the game’s website.

Developed by Graceful Decay, Maquette has one of those puzzle concepts that you just know will melt your brain once things get tricky. Described as a recursive puzzle game, Maquette is set in an environment that repeats itself on rings of different scales, growing larger as you head outwards, or smaller, inwards. Every aspect can be found in both tiny and gigantic fashion, and by manipulating the environment in one, you’ll open up new routes in the other areas. The game takes place amidst a love story in which “the smallest of issues can become insurmountable obstacles.” Find out more on the game’s Steam store page.

Created by Shedworks, Sable follows a young traveller as they embark on a rite of passage. Climbing, sliding, and riding across a desert landscape realized in striking fashion, Sable can explore ancient secrets, solve puzzles, and help other nomads making their way through the sands. Shedworks promises that Sable will let you play through at your own pace, choosing which aspects you want to interact with. The game also features an original soundtrack by Japanese Breakfast. Originally planned for a 2019 release, Sable was delayed to a 2020, and then 2021 launch. Find out more on the game’s Steam store page.

Survival horror fans may have a particularly alluring prospect on their hands this year thanks to Saturnalia. Exploring an isolated village in Italy, a collection of strangers must work together if they’re to have any hope of surviving the night in this roguelite tale. Originally planned for 2020, Saturnalia is now expected to launch this year. Find out more on the game’s Epic Games store page.

Easily the most jaw-droppingly gorgeous title announced during The Game Awards 2020, Season is described as “a third-person atmospheric adventure bicycle road trip game.” now that’s a new genre if we’ve ever heard one. Developed by Scavenger’s Studio, Season follows a young woman who sets out to explore and record the world before a cataclysm wipes it from existence. There’s no exact release date yet, but Season is believed to be releasing in 2021. Find out more on the game’s website.

Hyper Light Drifter fans rejoice, as 2021 looks to the the year that developer Heart Machine releases their much anticipated followup. During Sony’s Future of Gaming broadcast last year, Solar Ash was revealed in a beguiling trailer which featured black holes, giant spirits, and flowing red fields. Gravity-defying movement looks like it’ll play a key role, though details have been kept light beyond that. Find out more on the game’s Epic Games store page.

If Tony Hawk’s Pro Skater 1+2 got your half-pipe-loving wheels spinning, then prepare yourself to meet the real masters of the board when SkateBird releases in 2021. Developed by Glass Bottom Games, SkateBird features budgies carving up cardboard ramps to reach high scores on desk-sized skateparks. It’s cute, cheery, customizable fun that looks like a great mellow alternative to the big skating games of the world. Find out more on the game’s Steam store page.

Beat-em up don't always have to be about bludgeoning foes with your fists, sometimes you just need to strum an instrument to overcome your foes. Developed by Peruvian studio LEAP, Tunche blends roguelite mechanics into a four-player brawler with delightful visuals. The team of unique heroes – including A Hat in Time’s Hat Kid – will need to master the shaman arts to overcome their enemies. There’s a demo available on the game’s Steam store page.

Those are our picks for the indies to watch in 2021. There are undoubtedly more gems out there, however, so be sure to let us know which games you’re eager to explore in the comments section below.