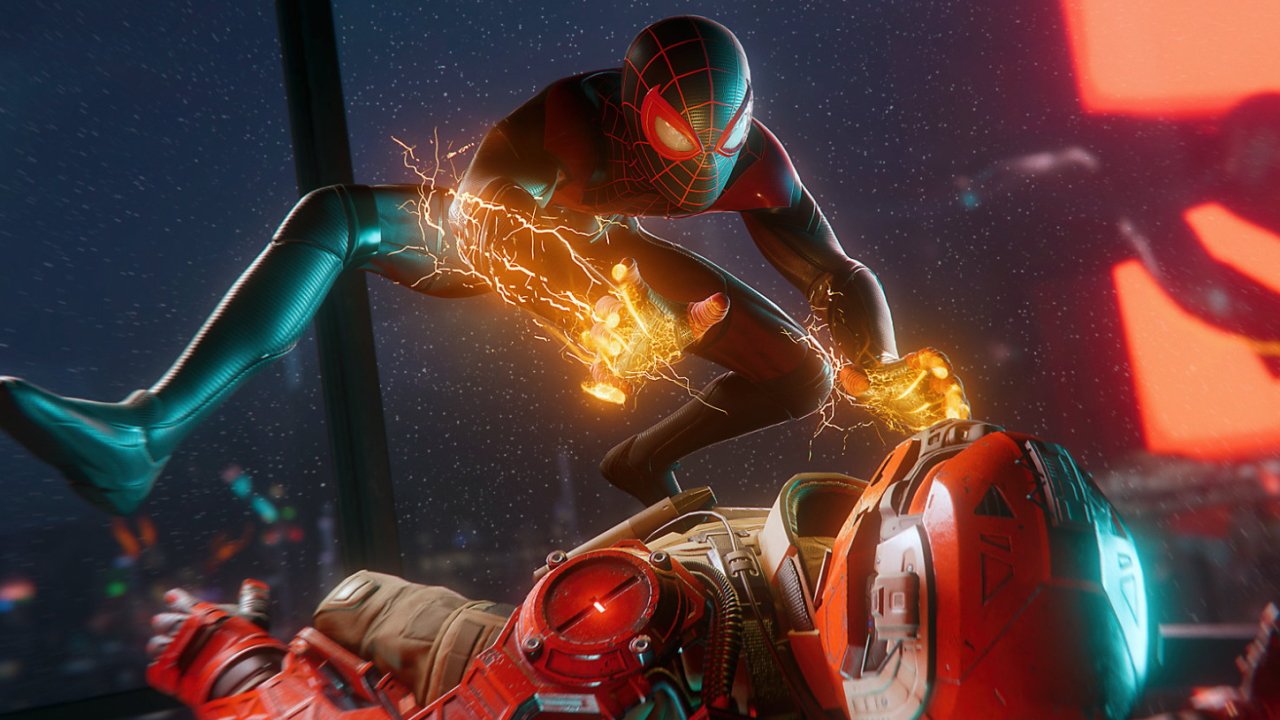 As the unfinished Miles Morales box sits accusatory atop our TV stand, you don’t have to make it far through our 2020 gaming resolutions to see where things went wrong. But after scraping through twelve months like that, can you really blame us? This year, things will be different! Well, maybe. Half the fun of creating New Year’s Resolutions is seeing just how quickly they fall to pieces, so join us as we set some frail new boundaries to attempt during this loop around that flaming ball in the sky.

Our 2021 New Year’s Resolutions in gaming

Resolution 1: Mop up those open worlds

With the new generation in our hands, it’s reasonable to think that fancy graphics and traced rays would be the highlight. But no, the real heroes of the PS5 and Series X are the loading screens, or rather, the lack thereof. One pause is a fine chance to brew a cup of coffee or tea. Ten in a row as you jump between fast travel points, however, turns even the most enjoyable open world into a checklist of tedium. Reduce fast travel to a few blinks, though, and suddenly hunting down all those blueprints in The Witcher 3 doesn’t seem like such a time devouring endeavor.

Thankfully, with the PS5 and Xbox Series X, it’s possible to zip across gigantic landscapes in seconds. Even a 10-minute window is enough to boot up a game and raise that completion percentage in notable chunks. The PS5’s Control Center makes this even easier for new titles like Miles Morales, teleporting you precisely to each sidequest’s locations. Next-gen? More like next collectible please!

Speaking of next-gen gaming, we’re hoping that 2021 will actually supply some. Beyond the Demon’s Souls remake, the only proper next-gen experience on offer is Astro’s Playroom. There’s no denying that it’s a great game with some seriously banging tunes, but even a cute little robot can’t keep us entertained for months on end.

A quick scan through the 2021 video game calendar reveals plenty of exciting prospects like Hitman, Halo, and Kena: Bridge of Spirits, but most are also releasing on the PS4 and Xbox One. That’s no bad thing, but we’re hopeful at least some will make proper use of the new consoles’ power and technological tricks. If there’s DualSense magic or speed-loading wizardry to be found, we’ll hunt it down.

Resolution 3: Go easy on ourselves (and others)

2020 was a rough ride, and it looks like the first half of this year isn’t going to offer the smoother seas we’d hoped for. Demon’s Souls’ bosses already do a good enough job of beating us up, so there’s no sense giving ourselves an extra mental lashing just because we’re struggling with an in-game challenge.

This year, we’re going easy on ourselves, whether it’s by dropping the difficulty, or not feeling guilty when giving up on that much-loved title we just can’t seem to click with. The same goes for online, too. Everyone’s having a tough time of it, so let’s do our best to avoid getting riled up when a teammate flashes us in Valorant or that one bean grabs us for the fifth time during a Fall Guys run.

That said, life isn’t as much fun without a goal to strive towards, which brings us to...

Having just picked up an Oculus Quest 2, we’ve finally caught up to catch a ride on the Beat Saber hype train. The carriages are looking a tad vacant nearly three years after release, but that just means there’s room for a first class passenger on the express route to expertdom.

Beat Saber is a glorious melee of lightsaber-swishing joy, but bloody hell are some of the levels tough. We’re currently flailing our way through the Easy and Normal challenges, but come the end of this year, we vow to have worked our way up to the precise strikes of a music-obsessed Kendo champion. Yes, we're going to get so good at one track on Expert difficulty that when our friends witness our talent, there's a a slim chance they won't even laugh at our frantic limb-waggling.

Between PS5, Xbox Series X/S, new graphic card releases, and the holiday shopping rush, it's a wonder if anyone managed to get their hands on the gaming hardware they wanted last year. While scalpers seem to have the upper hand while inventory is still so low, we believe that at some point this year we'll triumph against the drop-snagging bot users. We have to believe, otherwise we'll never get to experience the dream of a bug-free Cyberpunk 2077 for ourselves. So whether you're waiting on that fresh 3080 stock, or a PS5 that doesn't cost over a grand, keep your resolve strong as we enter 2021.

Have you got any goals for the gaming year? Let us know what your 2021 video game resolutions are – mighty or meek – in the comments below and you might just be convinced to stick with them.