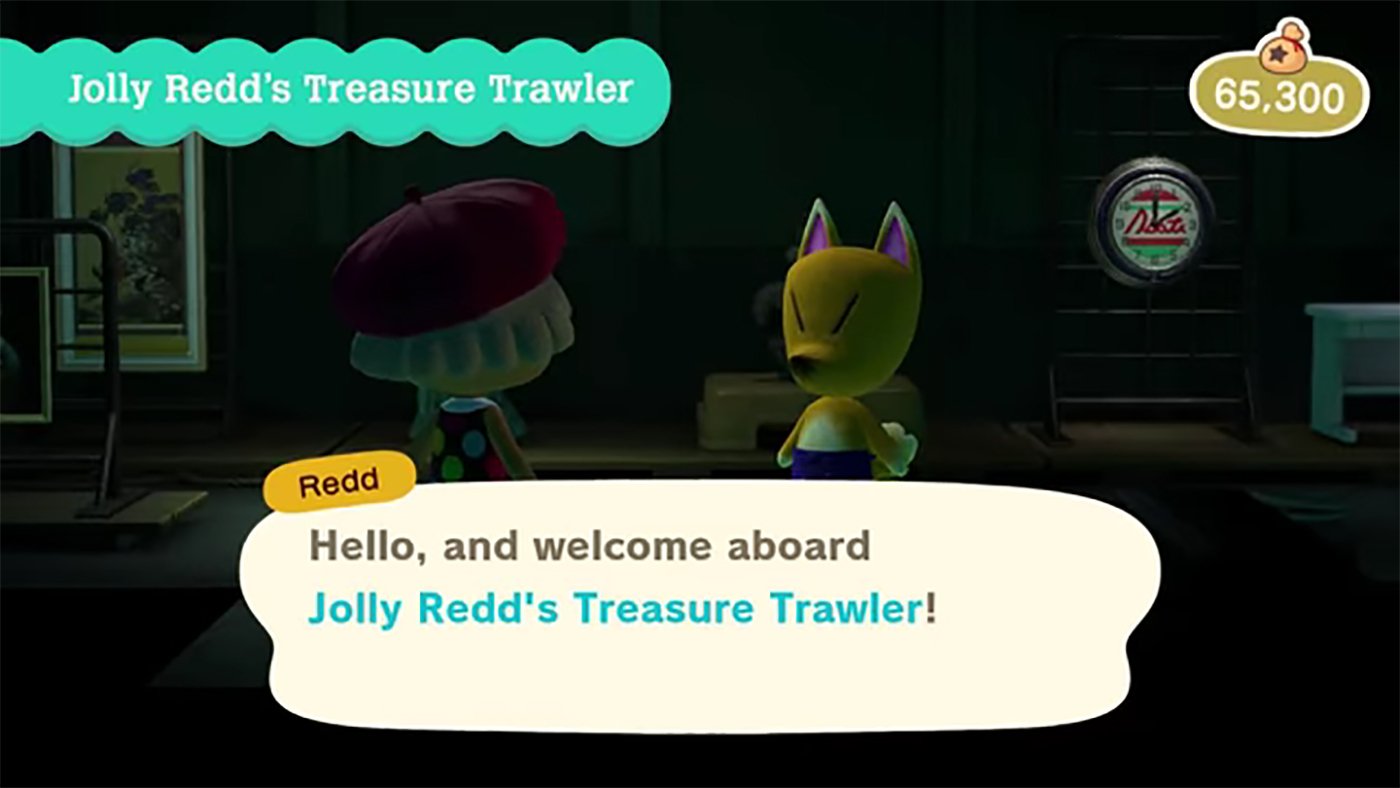 This year's Animal Crossing: New Horizons has brought back the series resident rascal, Jolly Redd, back to sell his wares on your island. His boat is stocked with standard furniture and art pieces, both real and fake. The real ones can be donated to Blathers at the museum, but if you buy a forgery you'll be stuck with it. To tell the difference while you're shopping, use our guide.

When you enter his boat, Redd will have four pieces of art available for purchase. You can only buy one, so figuring out which is the real deal is important. It's also important to note that it is possible for Redd to be selling multiple real pieces, and for him to be selling all forgeries. According to the nameplates in the museum, there are 43 pieces to find.

The paintings Redd sells are based on real-life works of art. The forgeries, while very similar to the originals, will have a key difference you can use to distinguish a fake. The bad news is that this is much more difficult in New Horizons than it was in New Leaf, but it's still doable. To figure out which paintings are legit, you will need to compare them to their real-life counterparts to see if there are any differences.

For more Animal Crossing: New Horizons features and guides, be sure to visit our game hub.