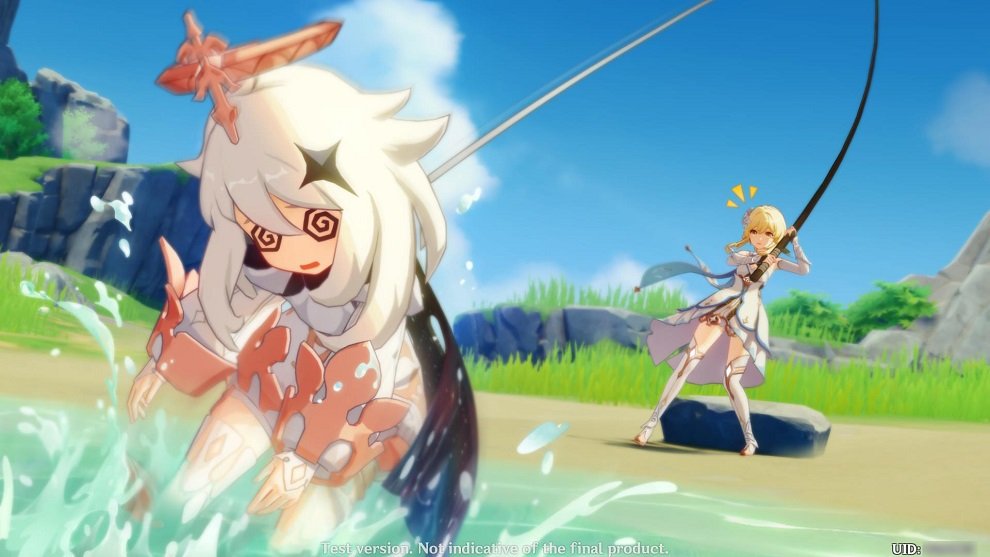 If you've sat down at your PC ready to play Genshin Impact and noticed the launcher's "Launch" button is grayed out, that's the first sign that the Genshin Impact "failed to check for updates" error could be in motion. First of all, make sure you're connected to the internet. We don't think you're stupid, it's just a first troubleshooting step. If you're reading this on the PC you're trying to launch the game on, safe to say you're connected. Next, to see if the game's launcher can resolve the issue itself, hit the Settings gear icon in the top right of the launcher, and navigate to Version Info where you'll see an option to Check for updates.

If you hit Check for updates and it seems like nothing happened, alt-tab to see if there are any error dialogues that might have popped up behind active windows. There could be several error dialogues piled up, declaring that Genshin Impact "failed to check for updates". It's unknown why this happens but the fix is quite simple.

Right-click on the Genshin Impact launcher shortcut, either on the desktop or start menu, and select Open file location. Once you're in the game's install directory, find the folder titled Genshin Impact Game and open that. Inside there you'll find the actual game executable (the launcher opens this after it checks for updates and you hit the launch button). Simply run the GenshinImpact.exe executable (you may need to Run as Administrator in the right-click menu) and the game will boot. During the intro, with the door assembling itself, the game will log in and check for updates itself. If you were missing an update then it should apply the files here.

If the Launcher continues to deny you the launch button, you may need to reinstall the game, but at least you can always launch it from the executable. Hopefully that should mean the Genshin Impact "failed to check for updates" error isn't a thorn in your side forever. Now you're in the game, check out some of our other Genshin Impact guides to get you speeding through your Adventure Ranks.