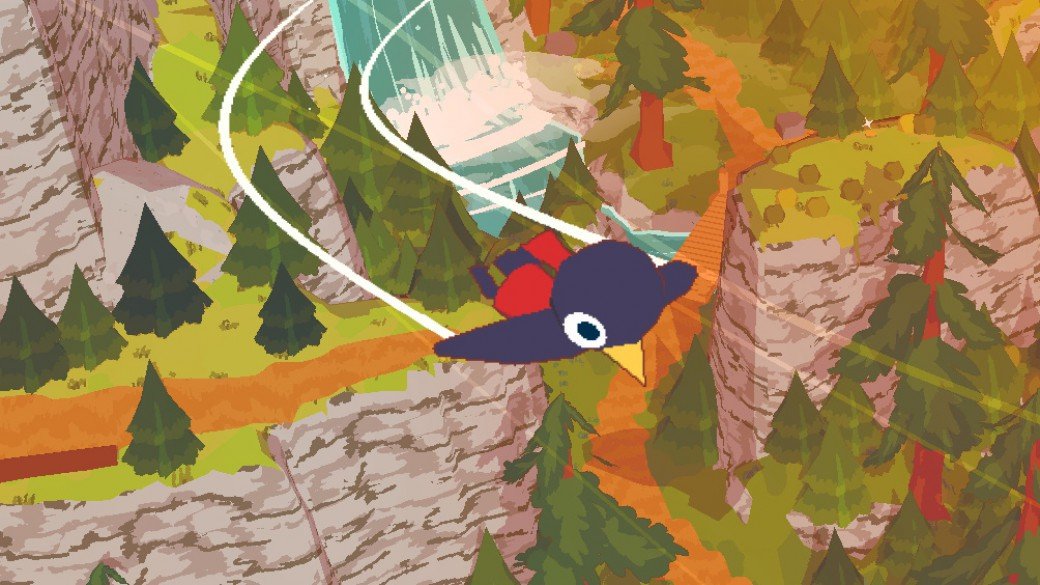 In a year as frequently dark and dreary as 2020, the moments that made us laugh and smile really stand out the most. Thankfully, through many of the hardships we faced this year, gaming was a constant, shining beacon that united many of us when that wasn't physically possible. So to be thankful for a year full of good memories amid bad times, here are the games that made us smile the most this year.

The idea behind Bugsnax – an island filled with living treats that, when devoured, transform the eater’s body parts – is so patently ridiculous that you might mistake the game as relying solely on this one gag. However, while the titular creatures are undeniably funny to catch and interact with, Bugsnax also made us smile in ways we weren’t expecting.

The inhabitants of Snaxville are troubled folk, but with a bit of help they can overcome their doubts and insecurities to become better people and friends. Bugsnax presents serious, real, and relatable scenarios within an utterly ridiculous framework. You might see two quarrelling siblings reconnect, understanding that while they disagree over their approaches to work, they still value one another immensely. All of that, while one has been transformed into a candy-limbed blackberry and is planning to chop off their own head. It’s silly, stupid, and incredibly heartwarming stuff that had us grinning ear to ear for the majority of our playtime.

Though the PS5 launch was fairly sparse for actual games you could play on it, it turned out the only one you needed already came pre-installed. Astro's Playroom was such a fun little extra after firing up the new console, and a big part of that was how much love it had for the entire process of starting a new generation of video games. Right down to having the much-touted beefy GPU inside the thing anthropomorphized into a happy computer singing to you from a cloud in the GPU Jungle level.

Each part of the console wowed you with its own mechanics in levels dedicated to each PlayStation console generation, but the real stars were the little Astrobots dotted around each acting out landmark games from that generation. Spending a few seconds watching their play-acted animations and minimal costumes, figuring out what game they're re-enacting for a camera held by another bot, was a joy every time. Then finishing a level to be greeted by the startup sound of that generation's console, it was almost enough to bring a tear of nostalgia to our world-weary eyes. Almost.

If real people were to attempt Fall Guys’ courses, we’re almost certain that half of them would die. The bouncing bean men of Mediatonic’s colorful world are seemingly impervious to harm, however. Which fortunately makes watching them bashed, cannoned, spun, and flung through each level hilarious, rather than traumatic. Fall Guys lands that perfect balance of comical chaos and genuine competition, meaning every race will have you flip flop between giggling and shouting obscenities.

Each update since launch has seen the developers play into the game’s ridiculous nature further, adding rotating hammers and swinging bells with names like Big Yeetus and Ringus Dingus. The incessant frivolity really ought to be grating, but we can’t help but find ourselves laughing along as we queue for just one more round.

In a year that forcibly separated most of us from our family and friends, Animal Crossing: New Horizons arrived at exactly the right time. It couldn't have been planned any better to help us through the dark, early days of the COVID-19 pandemic, a game full of charm and heart that could let us visit our friends in some tangible way. Visiting the wonderful museum, sending gifts to each other, or letting us go on a date with our partners separated overseas, really helped bring a smile to our faces.

A brilliant short game to pass the time with, A Short Hike does exactly what it says on the tin. The story is brief, but meaningful, and all the characters you meet along the way are just deep enough to convince you you're exploring a real (tiny) world for a little bit. It also does that thing great games do where they leave you sad that you're about to finish, so you start trying to squeeze out every last bit of fun in the game. Which, thankfully, is quite easy to do because it does the other great thing that games do where they level up your movement options as you go through the game so you can zip, swoop and speed your way around by the end, exploring every last nook of your pixelly escape.